How much social disruption is caused by posh people's boredom?

The Grumbler today whines about schoolgirls aping whores to get attention - a survival strategy in today's feckless-male world, I'd have thought - and a Dr Ringrose of London's Institute of Education (they never ask actual schoolteachers, do they) opines that teaching about the history of feminism is "needed to overcome the negative influences of celebrities such as Paris Hilton, Britney Spears and Christina Aguilera".

Paris Hilton is a world-famous millionaire socialite am-porn star and now part-time political commentatrix. Britney Spears is a world-famous millionaire entertainer, and her disastrous private life is a moneymaker for her and a raft of reporters and photographers; besides, her misdeeds and misfortunes are no worse than those of the underclass whose offspring I teach, nor much different from the self-indulgence of many rich and aristocratic women in the first half of the twentieth century. Christina Aguilera ditto - and currently a Google search for her yields nearly 29 million pages.

Emmeline Pankhurst was a rich businessman's daughter, married a barrister, joined the Independent Labour Party, toured North America lecturing on VD and joined the Conservative Party when she returned. Her daughter Adela went to Australia, joined the Communists and then the Fascists. Another daughter, Sylvia, got knocked-up out of wedlock and she and her mother fell out and never met again. The third, Christabel, enthusiastically promoted the First World War and internment of enemy aliens, visited Russia after the Revolution to urge its continuation in the conflict with Germany, became a Christian evangelist in the USA, returned to Britain, was made a Dame Commander of the British Empire in 1936, and fled the country when war broke out again.

Yep, I can just see all that on the syllabus.

To take the feminist argument, surely the young Paris-type celebrity is simply demonstrating the "freedom" won by earlier generations?

Like this pose by Germaine Greer in "Suck" magazine (htp: Harry Hutton)? (I have to give the address in two parts because it's too long - and please don't look if you're easily upset)

Only the good girls will be on the syllabus - the ones who step up for political and social rights, and for gender equality. I think this sort of thing starts usually with Bodicea, moves on through Joann of Arc (brief sidetrack into suitable plays and a bad film to use up some time), chit chat about throwing self under horses and the class-base of people at horse races, and ends up with where you sit on the bus and a couple of bad books by women with strange names.

Pity about the received view of what is acceptable because the lives of women are really interesting, honest.

In The Road To Wigan Pier (I think) Orwell looks out of a train window at rows of miserable houses and watches a woman in the icy cold of a winter morning trying to unblock a frozen drain with a stick, and wonders what she feels to have arrived at where she is. Ever since that woman has worried me - how awful it must all have felt to be cold and coping with something so important yet so worthless in comparison with all the things she might have achieved. (sorry, will stop writing comments now).

Sorry you stopped, HG, and glad you called by. 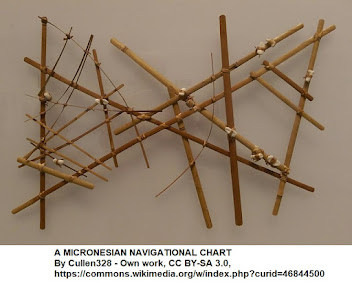