Fancy a Short Trip ? By Wiggiatlarge

I could have added this to the first Sale piece, but it is not so much a sale item as a con on advertising in the mad world of hotels and holidays: misleading, confusing and non existent offers are all part of the armoury used in advertising in the travel industry. 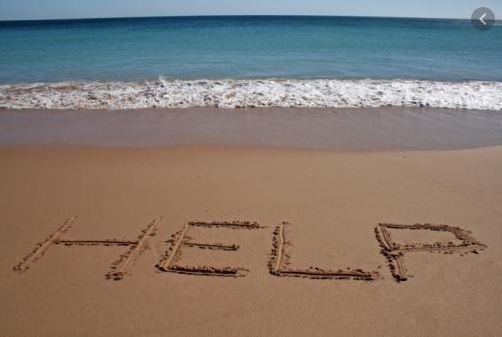 A certain hotel booking portal has a series of adverts telling us that by using them they will have done all the hard work and found the cheapest room rate - smiling girl with smug look pays less than the non-portal user who is furious, I am sure you know who I mean.

When these holiday web sites such as Expedia initially started out, genuine savings could be made by comparing all of them yourselves, but Tripadvisor then started to collate all the same sites under the heading being viewed so you could see who was the cheapest without going to all the sites individually; seemed like a good move at the time and indeed it was for a period of time.

As always with these things the good times end. Further comparison sites started up and little by little the financial variations gradually disappeared, not that you would think that was the case if you view the adverts on television with the mobile phone being held up with huge variations in the price of the hotel that it is set in.

The truth is somewhat different. Going back to Tripadvisor, you will see still all the different booking agents underneath a particular hotel and almost without exception all will be the same. The variation shown in the advert may well exist but not in any meaningful way, i.e. a place no one is going to or a very bad time of the year.

I can well remember the time when a room rate of say £100 per night could be found for say £75, a genuine saving with a bit of work sorting through the different companies. Now that they all have the same page scrutiny, it is as if  they cannot afford to be any more expensive than the others, so by a ‘gentlemen's’ agreement they all price in unison.

In fact in many cases it is better to phone the hotel direct and barter, as they have to pay the booking agents a percentage, so there is going to be wriggle room by going direct.

In a similar vein, discounted luxury holidays are going the same way. I remember out of curiosity going to a website when the first of these sites came online, I believe the first was Secret Escapes, and there they were, heavily discounted luxury holidays, well some of them. Naturally a whole raft of trending sites with the same idea sprang up offering the same, and you started to wonder where all these discounted luxury breaks came from. Were there really that many unsold holidays the travel firms were desperate to unload, or was it a mirage?

Remember you have always been able to get last minute bookings at a discount, as long as you could be flexible with dates and were not too fussy on specifics; yet all these or the vast majority once you get past the lead in 'bargains' are not that cheap and nearly always come with dodgy dates (e.g.November in a Scottish luxury hotel) though again you could get lucky and do better by phoning the hotel direct if you really want to go at that time.

One of the companies now prices rooms per person as in a package, making finding the room rate appear remarkably cheap at first glance; but of course, when you double up the single rate - and I checked a few - it was little different from the rack rate; and this in November !

What these luxury discount sites have done is to remove much of the original sellers' own discounted deals from their sites, many of which were genuine savers, so they have effectively taken some real bargains out of the market. Many travel companies have little or no discounts any more.

When investigating 'three for two' offers which are popular - usually out of season, and often offered by tour companies - again, check the hotel direct one. I did out of curiosity: it showed the same offer on their web site but also an upgrade to a junior suite, so better than the tour company.

It is often said a good travel guide can alleviate many of the problems of hotel booking. To a degree that is true, but there are caveats even there: are they up to date? A change of hotel owner can transform a good hotel to a rubbish one overnight - I know, I’ve been there. Guides in their early formative days can be very useful, but the owners of these guides soon succumb to advertising and the revenue it brings and despite assurances the guide loses its honesty; some guides I have used have descriptions that one finds difficulty in matching to the reality. 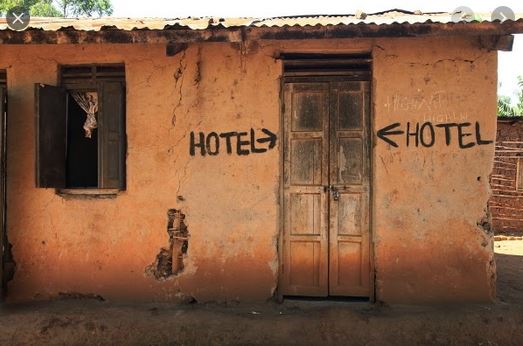 For years, I used Michelin guides for restaurants, to good effect. Even there they have slumped somewhat in recent years; and don’t bother with their hotel section - the inspectors for that section are either blind or on the take. So many hotels have been dogs when portrayed as excellent: four- and five-star ones with bedrooms that have not seen a new mattress in decades, or are described as ‘comfortable’ yet are so small there is nowhere to hang any clothes or put your suitcase, and the bed is so short that even John Bercow would have a problem stretching out. How do they get such good ratings? 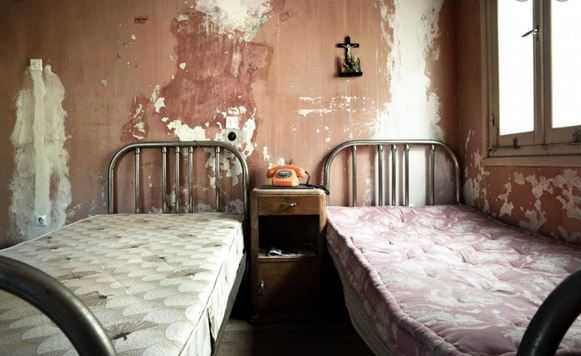 Cruise companies are especially guilty of this. Several firms that only sold discounted cruise offers are no more. The cruise companies do their own offers if you book early but the same ‘offer’ is normally there way into the season. It is a bit like discount kitchens: they are always on discount, which means there is no real discount. Plus many tour operators that do advertise late bookings are often found to be only marginally cheaper than the standard rate.

Even the ferry companies do the same: the real discounts are becoming ever harder to find and the popular routes now never have them unless you count cheaper midnight sailings as an offer. There is a well-known ferry discounter that gives virtually all its routes discounted prices at the same rates as the ferry companies themselves; how this actually gets to be a discount is not that clear !

Cruises themselves have become very popular and the market now caters for every man and his dog. Gone are the days when saying you had just been on a cruise brought about signs of envy in those you were speaking to. Now, the enormous Blackpool-at-sea ships can manage 5000 passengers a go - and it shows: ersatz shopping malls in the middle of the ocean do not appeal to me but many obviously think otherwise. But you do get what you pay for: this survey shows the down side of the big ships and remember there is no escape as there is on land - imagine having an altercation over the last sausage at a late breakfast and not being able to avoid the person you had that with for two weeks.
https://www.dailymail.co.uk/travel/travel_news/article-7925157/Best-worst-cruise-lines-2020-revealed-Viking-Ocean-Cruises-MSC-bottom.html 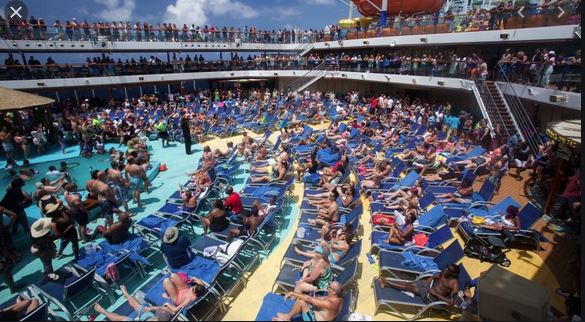 Look very carefully at the small print if you need to cancel a cruise. With some, if you cancel under 90 days before leaving, you will be liable  for the whole cruise and any extras booked at the same time.

This is from a ferry company's '15% off' offer; 'terms and conditions apply' - they certainly do !

'Please Note: Terms and conditions apply. Subject to availability from a limited and variable allocation of space. Excluded travel dates: From UK: 21-23 May; Thurs-Saturday departures from 16 July to 22 August. From France: Saturday and Sunday departures from 1 August to 1 September. Discount does not apply to vehicle supplements or onboard accommodation. Excludes foot passenger fares. Offer may be withdrawn at any time. New online bookings only.'

Well, that narrows it down a bit…

One cannot but get the feeling there is a kind of consensus with all these companies on a form of price fixing. So many of the holiday offers are deliberately confusing. You need to do a great deal of reading the small print to get the actual like-for-like price: small things, as with a hotel room that appears cheaper but does not include breakfast, when not that long ago all rooms included breakfast in the price - and some of the breakfast prices are just another loaded add-on, taking the combined price comfortably above the inclusive one. The inclusive breakfast is seemingly on the way out, as is free parking, or parking on-site as it used to be called.

Whatever way you book your holiday, one point that is actually in favour of a package holiday is the insurance: on any holiday booked this way, the longer trips are covered by the companies with insurance that is a lot cheaper in most cases than the policies you can get separately, especially for the older traveller where rates including health insurance start to rocket after 75. With stand-alone insurance you have the added concern of having to declare everything that has ailed you since childhood, otherwise your policy could be voided in a claim situation. It might not seem much but it is amazing how many items over a life can mount up and all add to the premium, in some cases making travel prohibitively expensive.

Some tour operators do an inclusive policy where no such items need to be declared. This can be a great saving if you are in this age bracket, and there is no point in spending hours and hours finding the best deals if the advantage is all eroded by the insurance costs. Sadly some insurance companies make it obvious by their pricing that they are not interested in the older traveller, despite more and more of this sector having the disposable income to travel frequently; this also narrows the field of those still giving insurance to the older traveller, which means they get a stranglehold on premium rates, so check the small print of tour operators re travel / health insurance.

I have just put together a short week-long trip and it was hard work sorting through the hidden charges and extras. Some of the price differences are minimal anyway, if you fail to see what is and is not included these days. Nno way can you assume on the integrity of a particular company; even old stalwarts that you have used for years are starting to use the same ruses. It could be worse: train/air tickets, anyone?