My lack of items in the last two weeks is attributed to a combination of Windows update and Firefox going potty. One or the other, or maybe both, I will never know, has removed access to files, stopped my ability to download anything, and if by nefarious means I did manage to download a program or replacement I was not able to install it, so at great cost I have a new computer. The other one was old if still working, so I am up and running? Again.

So much passes through as news these days that keeping up becomes an Olympic sport, and the current government, if that term can still be used, have exceeded all expectations in the ridiculous and stupid category; if there were gold medals in those categories there would be a run on the yellow stuff, there is simply not enough to go round. So I wont go over ground that is constantly shifting - sink hole, anyone? - but will just make a small comment on the Conservative party's choice of Chancellor (or is it PM by proxy?) in his first speech on the tax u-turns.

One he didn’t u-turn on was the stamp duty reduction; can’t upset the parties biggest donors can we, have to keep house prices up and any cost so the DM can still add to any story that x was guilty but can be seen here in leafy ***** standing outside his 5 bedroomed detached Victorian Villa currently worth 2 zillion pounds.

They never learn. After the disastrous Ponzi scheme that resulted in the 2008 crash, banks governments lenders still want to lend to those cannot pay. Already those same lenders are revising their lending terms because of interest rate rises; well well well there’s a surprise, they have used years of low interest rates to promote house buying in the belief they would never rise again, or they didn’t care. What was normal in years gone by is now unthinkable but happening anyway.

House purchase has become like governments, reliant on low or zero interest rates. Unlimited fiat money can only ever be paid for with low interest rates, but inflation has blown that out of the water and we now have debt servicing out of control.

They still don’t get it. This morning a government spokesman, MP, was talking about the imminent drop in house prices as a bad thing! As if the constant above inflation rate of house prices has been a good thing. It won’t be interest rate rises that will lead to repossessions this time, that currently is well below those days of 16%, but a combination of energy rises and general cost of living as well will do it.

On the other hand government policies have denied those who saved all their lives of any return on said savings coupled with the lowest state pension in Europe, and again under threat of removal of the ‘promised ‘ triple lock; this sector has been to put it crudely crapped on from a great height.

Hunt, where did he come from? His failure as health minister and three failed businesses hardly makes him an obvious choice for Chancellor at this or any other time. He stated that ‘the public would not mind paying extra tax to fund the NHS’; oh yes they would, not a penny more without root and branch reform first.

On the other hand it is comforting to know the IMF will be in safe hands next year. I can’t think of a better person to run it coming as she does from one of the 10 most corrupt countries in the world; along with Saudi Arabia heading up the UN's human rights committee it is a win-win for us all. 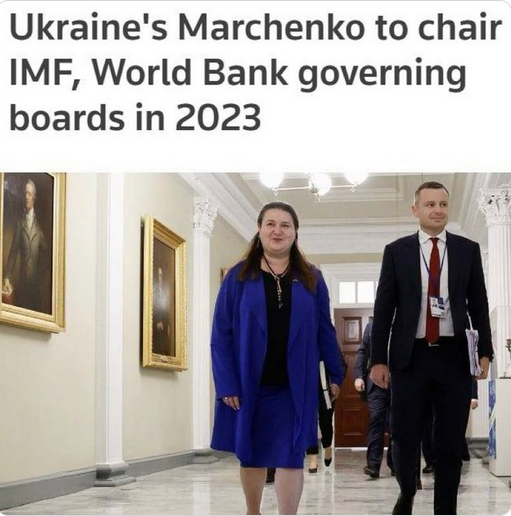 Currently we pay for an NHS that in many areas is non existent with no sign of anytime soon if ever of improving; plus many including my good self have had to pay again, as three years from diagnosis to operation for a new hip would have seen me in a wheelchair long before I went under the knife. Seven million on the waiting list and rising and a care home crisis beyond the pale with the government decision to sack 40,000 care home staff who refused the jab - a major hurdle to overcome if it ever can be. Oh wait, all these fit young asylum seekers we are told by the various charities are ready to work rather that laze around in five star hotels will plug the gap, all is well again.

In the case of the sacked care home staff, no one has been able to explain why (or not wanted to) the nurses and others in the NHS got a last minute reprieve from the same fate; or were the care home staff considered fodder for the ideology of the vaccines vis a vis the mainstream staff who were ready to sue?

It is interesting in a morose way to ask why we have such difficulty either returning these illegal, and they are so by definition, migrants, and our seeming inability to refuse them asylum despite so many destroying their documents which leaves them presumably stateless with no country to return them to. You can’t be fleeing from torture, war and threat of murder if you won’t say where you have come from, or is that naive? 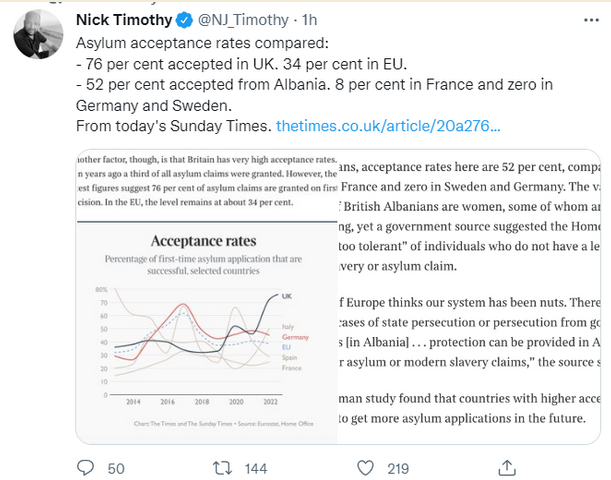 As Mark Steyn so succinctly puts it ‘we live in a blizzard of lies’ whether it be the efficacy of masks,  lock downs or so called vaccines or the real reason we cannot say no to the huge numbers that have come to this country: 10 million officially, in the last twenty years.

Mind you it should help the travel trade as long as flying is still permitted, as a staycation will soon be impossible with the hotels full of migrants, and now we are, or Serco is on our behalf, leasing properties to put up the same; that should help those on the council house waiting lists. 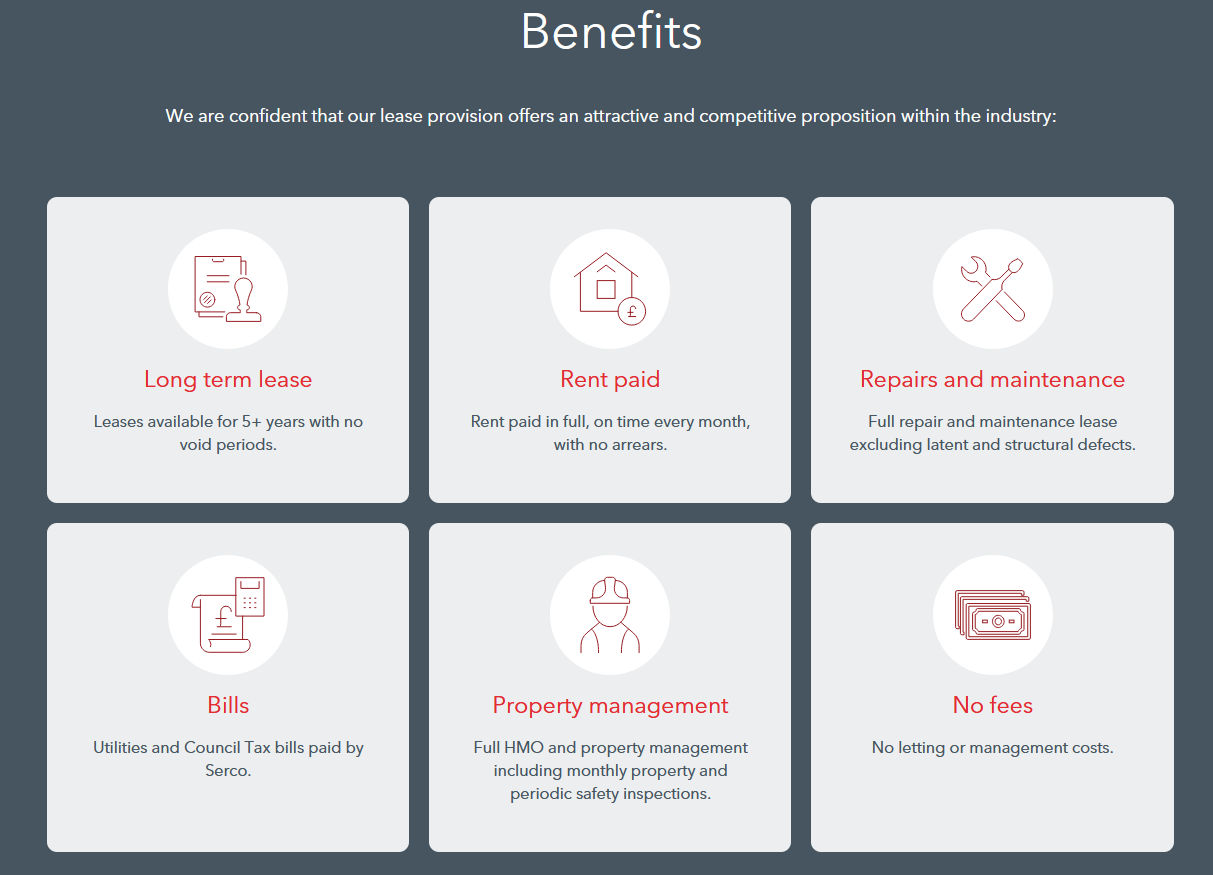 It really is a growth business now, £2.2 billion of tax payers money to Serco alone. These contracts have guaranteed built in 5k maintenance element to them which makes them attractive to landlords, nowhere else would they get contracts like these.

Outside of all this it was good of Let's Go Brandon, who managed in his muddled way whilst eating an ice cream, easily digestible hospital food for the infirm, to tell us our tax plans are not good. His of course are marvellous as is the USA's debt mountain; good to know though we are all in it together, or that is what we are told!

A final thought from the comments…

"or were the care home staff considered fodder for the ideology of the vaccines vis a vis the mainstream staff who were ready to sue?"

The unions. The NHS is entirely unionised and the unions would have taken legal action against the NHS (or government) on behalf of their members (how quaint, someone actually working on behalf of the people who pay their wages and vote for them). Care home staff were on their own. Entirely fragmented, no-one to sue on their behalf, no money to do it themselves. So they just disappeared into the night. Despicable behaviour by the State towards people who had nowhere to turn, and backed up by the people who normally scream blue murder when ethnic minorities are being done down. Yet here, when care home staff are disproportionately from BAME backgrounds, the usual suspects (who of course were at the time jumping up and down about the death of a serial criminal and drug user in America) never said a peep. Just goes to show - racial injustice is only of any interest to the Left when it suits their interests, the rest of the time minorities can go hang......