SOMETHING FOR THE WEEKEND: Bog Off! by Wiggia 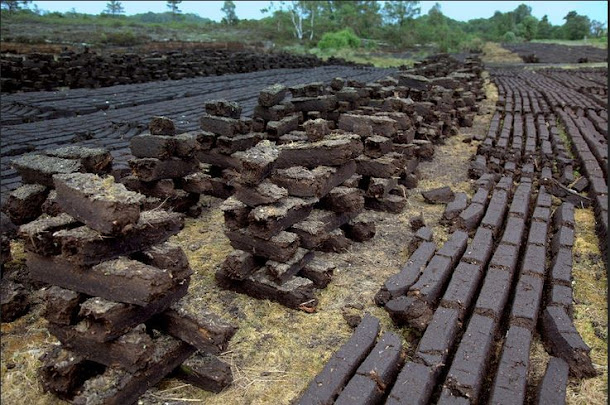 Monty Don has thrown his cap in the ring regarding climate change, I have to be honest before I go on, I don’t like MD he depresses me and I haven’t watched Gardeners World for years, not just because of him and his Crufts show that seems to be the basis for every shot and his fake trademark garden wear, no different from many others but I find it wearing, but also because so many of these outdoor types of program have become vehicles for the activists in the climate change movement, so I declare there is bias in what I write, though he was a different presenter when he did his Italian Garden series which was excellent and at the beginning of his TV career, which begs the question, why the difference?

Gardening programs have changed anyway from the days of Geoffrey Smith, who I thought was the best of all and their programs set in gardens all could relate to, this on the other hand……

And MD has now decided no one should buy cheap flowers from garden centres or anywhere else if the pots contain peat in the compost. He accuses garden centres of 'actively choosing to do harm' by selling compost made from peat. Oh please, they are trying to earn a living like everyone else. He is another at an age where he can afford to say what he likes with little chance of any backlash that will harm him, though backlash there certainly was.

The article is here - where else other than the Grauniad, every eco-loon's safe space:

Now I admit that the use unremittingly of peat over the years has reduced our reserves to bugger all and that is wrong, but as with all basics in all industry that was never a factor when peat was first starting to be used. What you are looking at is a reliable structure for plant growth, one that can be easily altered by the type of shredder it is put through for different uses and with the addition of fertilisers to this inert product you can manufacture exactly what is required for any given use.

No other compost comes close at this moment in time. Where it is wasted is the rubbish supermarket peat composts that resemble those cheap tea leaves you used to be able to get that looked like floor sweepings and often with the minimum of fertiliser added so the plants need feeding after six weeks or so, that is a waste of a good product.

I had a job some years back where the client wanted rhododendrons that require ericaceous soil. The garden did not have a suitable soil but the client insisted. In a perfect world you would decline, but few can afford to say no and large amounts of Levingtons compost that is no longer available were brought in. Levingtons sadly no longer exists as a stand alone company.

Many would say what I did in the light of today's knowledge was wrong, yet gardens have been created, (and they are a false landscape) for millennia using outside techniques and materials; stone is used from all over the country, most of the wood used in gardens is not indigenous and the plants themselves are a mirror of the world and not native.

The go-to word is sustainability and it has merit in many areas peat being one, yet the bulk of peat used in this country comes from abroad. Blaming the Irish and northern peat extractors for impoverishing the countryside is a little late, they have been burning the stuff for centuries in the same areas; jumping up and down now on a climate change ticket will not change that.

The surveys done on peat bogs world wide show a marked difference in the replacement time for the removed peat. This detailed analysis shows that the differences between the formation of peat bogs, and the climate they evolve in makes a huge difference, the tropical bogs are formed very much faster, and some other more recent surveys have shown that in some areas peat can be extracted if there are controls in place without affecting the biodiversity, which itself has been proven to change over time anyway.

The claim that “Peat: 90,000 years to form but can be gone in 50” is for the vast majority of peat bogs a downright lie as can be seen in the link above.

As with all these cries to shut something down the hypocrisy has no boundaries. MD has been on this hobby horse of his for awhile, which is fine, yet how many plants in the thousands planted in his BBC sponsored or taxpayer sponsored garden were not grown in peat? He may well show the believers how you can make your own, I do now for some uses as the range available has been much reduced, but who in their suburban garden is going to do all that? Virtually no one.

It took decades to formulate peat based composts for use in horticulture, they are not going to be replaced overnight and this RHS article explains why and the shortcomings of alternatives.

The truth is the alternatives have up to now been mainly rubbish. No trade grower is going to go that route until the problems with alternatives are solved: bark based composts have a tendency to leach nutrients from plants and soil and are a stopgap solution; going back to John Innes composts has many problems as well - most available today are poor quality. Again, the weight factor comes in among other problems, the poor quality can be laid at the feet of the few firms who now dominate the market, what the grower really wants is an alternative to peat that is close in performance across the board, at this moment in time it does not exist.

I did try one of the alternatives this year for the first time in ages and it was half decent even if very claggy, so still not there.

What MD is doing, as so many in their comfortable sinecures like his, is to want a change immediately that would not benefit the growers and would cost many jobs if his diktat was followed. Comparing our peat bogs with the Amazon rainforest is ludicrous, it has the same effect as shutting down all our coal fired power stations, as we close one the rest of world builds ten. Forget climate change: it will happen as it has repeatedly over the millennia: signs of tundra and tropics abound on our little island from long before peat bogs were raided or coal was burnt.

Am I a Luddite? Not at all, but there has to be some pragmatism on the way forward. Today all we get is soundbites from those in a position to make them, never any concern for jobs lost or the inevitable rise in prices or the loss of products, but they will feel warm and cosy in their funded bubbles or in their private jets going to world-wide forums where they can spout more of the same; there is a saying about coming to court with clean hands, and none of them do.

This recent statement from the European Academies Science Advisory Council (EASAC) lets the mask slip somewhat. So much of the drive from the climate change agenda groups has disguised the underlying thrust of what they want, it is not just to ameliorate items they believe are harmful to our planet but to significantly change our way of life, an evening-up of aspirations, a deliberate dampening of demand, a way of life with little to enhance it, to re-set - yes, they use the phrase at the end - our way of earning a living, though naturally this is one area they have no alternative answer to.

We are already seeing moves by governments to go with the green agenda despite those who would actually vote for such a future being extremely few; it is not being done on our behalf, and nothing they set out will change the way the planet behaves, nothing ever has.

As I have said before, I am not a conspiracy theorist, but something is going on when so many nations are going down the same path. Nothing is for the people whatever leaders' protestations when challenged (which itself is a rare event); when people like Soros and Gates have the ability to affect political direction in so many countries we have a problem.

So I say to Monty Don, however much you believe in your objectives, it will only affect the little people - so Bog Off!

Would you like me to mail you some composted goat manure/donkey manure/straw mixture, of which I have a couple of tonnes?

You could give it a business name: Com-Post? Poost? Assassapples?

Paddington, I was given some manure from an Alpaca farm, I was told a couple of bags would be dropped of at the gate, I got ten, the bloody stuff does not rot down for years I still have two bags left and I have to mix a little in with other compost as it has virtually no fibre, avoid.

Alpacas are camelids, and must have different digestive systems. Our stuff rots down in a couple of months.