25 September: "Wisconsin became the first state in the United States to require the installation of seat belts as standard equipment in motor vehicles, as Governor Gaylord Nelson signed into law a bill directing that all 1962 and later model cars and trucks were required to include the safety belts before they could be sold. In the first six months that the law was in effect, all but one belt wearer had survived a car accident in the state."
See also: https://www.wpr.org/surprisingly-controversial-history-seat-belts and the invention of the modern three-point seat belt by Volvo's Nils Bohlin: https://www.history.com/this-day-in-history/three-point-seatbelt-inventor-nils-bohlin-born
26 September: The U.S. Arms Control and Disarmament Agency (ACDA) came into being, per the Arms Control and Disarmament Act, Pub.L. 87–297, 75 Stat. 631. Its mission was to strengthen United States national security by "formulating, advocating, negotiating, implementing and verifying effective arms control, nonproliferation, and disarmament policies, strategies, and agreements."
As of April 1, 1999, ACDA was abolished and its functions merged into the Department of State. 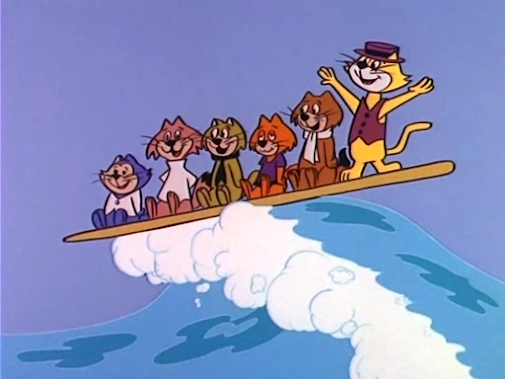 27 September: The first episode of cartoon series Top Cat airs on USA's ABC network TV. See it here:
https://archive.org/details/SinTtulo1640x3600.49Mbps20190607003657
29 September: "Minutes after Fidel Castro announced that he was going to "clean up" Havana, the last casinos in Cuba were closed. At the time of the revolution, there had been 25 gambling casinos. Five were left, all in government operated hotels, at the time of the order."