Tales From The River Bank, by Wiggiatlarge

“Believe me, my young friend, there is nothing – absolutely nothing – half so much worth doing as simply messing about in boats.” 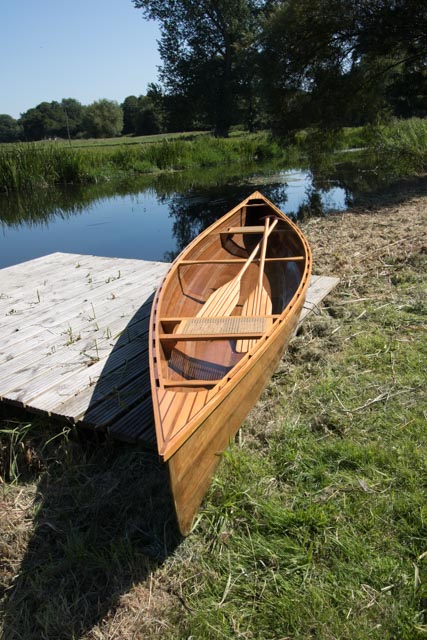 This quote struck me last year when I saw the boat in these photos. It is owned by a neighbour who has a garden, large, that goes down to the river's edge. The scene down there is tranquil, a million miles away from the hustle and bustle to the front of his house.

The story of his acquisition is as remarkable as the little boat. He was talking to a friend who had visited and the friend said he should have a boat on the river; only a canoe or small rowing boat would be allowed on the couple of navigable miles as the river and area are deemed to be of natural interest.

To my neighbour's surprise the friend said he knew someone who could make him one. "Won't that be expensive?" "Not if you speak to the man nicely,"said the friend, "as he makes them and other items for pleasure not profit, but you will have to wait awhile if you agree to go ahead."

After meeting the maker it was agreed and a few months later the boat was ready and has been in use every year since. The price was not revealed but it appears to be not much more than materials and a large beer ! 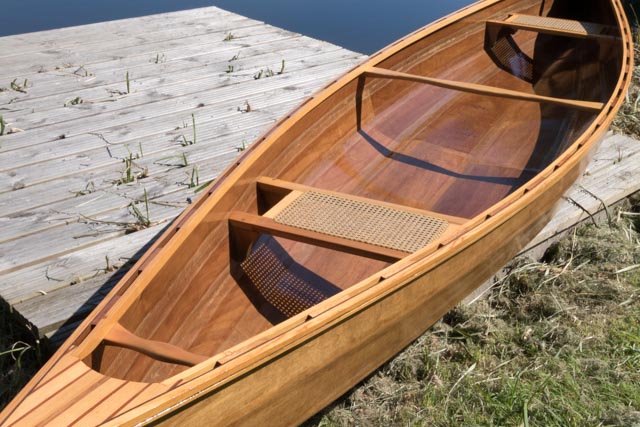 The other reason I was intrigued was about a  man who could put so much craftmanship into such an object - not easy to see in the photos but the different wood spliced paddles give an indication - and who would do it in his spare time just for the pleasure of the final result. He knows little of boats; I have no idea where he got the skills he needs for that type of building but it works and has been much admired by others who do know. The builder is/was a cabinet maker by trade who just likes working with wood; long may skills like that continue. 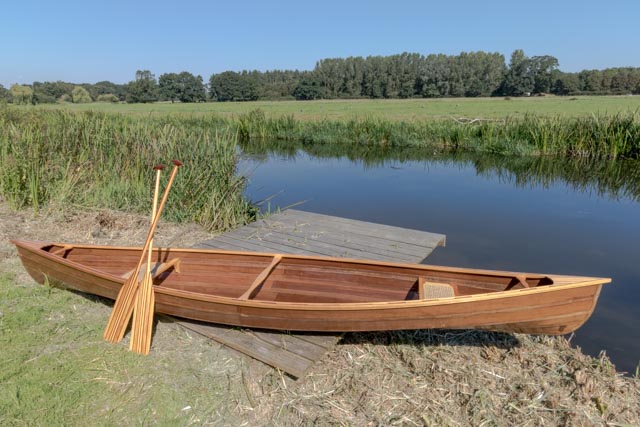 That looks to be a very fine boat