Faux: a lifestyle for many, by Wiggiatlarge

The recent faux outrage in the House Of Commons over a word, ‘humbug’ is in itself not worth talking about but the moronic MP who pursued the claim and demanded an apology is symptomatic of what has become an almost instinctive reaction to something that they believe will have a positive effect on the general population in their favour.

It took me back to thinking: when did all this start? Whenever it was it has been exacerbated by the massive spread and the use of the internet and social media, enabling the latest slights to become ‘news’ in minutes and back up comments from those who want to prosper from this nonsense to appear almost immediately.

When did it all start? Politicians have been using various forms of malfeasance since time immemorial to get their point of view across, but before the internet it had to be from a main player who had the ear of the press not the use of a smartphone which gives all and sundry access to their five minutes of fame or disgrace.

Much of it stems from the increasing use by those big players of spin doctors and advisors. A whole army of them now advise everyone on when and how they should use the media. For those people it is more a case of promoting an image, and the one that for me epitomises it perfectly was the sight of Tony Blair emerging from No 10 after the election in 2000 wearing a casual shirt, no tie and holding a mug of tea; he then crossed the road as a man of the people would, to speak to the press.
I remember watching this and saying to myself how utterly staged it all was and it was confirmed, not that it needed to be, by his never actually taking a sip of the tea, certainly whilst on air anyway, so false, so staged and so actually of the time. They have never looked back. 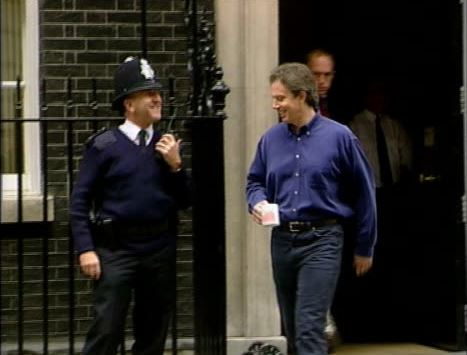 In ‘97 we had of course the mass outpouring of faux grief from the public themselves, proving if nothing else it wasn’t the preserve of the political class. Princess Diana's death sparked a nationwide epidemic of not wanting to be outdone in the grief stakes by tens of thousands who had never met her and knew precious little about her apart from what was seen in the tabloids. The British do State occasions well and the public were not going to let this one go without emptying the flower merchants in Amsterdam. Somehow those involved never saw the cringe side of this but everyone to their own. 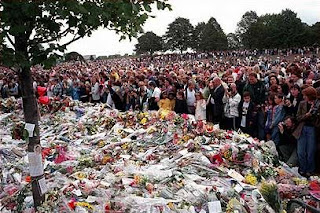 The pattern was set after that. Blair exploited his man of the people profile, 'I’m an ordinary kinda guy’ and ever since the stakes for moral outrage have been set lower and lower.

Certain words and phrases go with the look that has been honed to perfection in the mirror and under the tuition of the personal PR aides. ‘Concern’ is top of the list, trotted out at the drop of the hat for every thing that veers from path of normality. It can be used in conjunction with the appropriate look for anything from too many road accidents, hurty words from a foreign power and anything else that seems appropriate. Nothing in the material sense ever follows up the concern though, even after a suitable inquiry is launched.

Inquiries themselves have proved to be nothing more than a faux response to concerns. When did anything of substance last happen to right the wrongs found after a lengthy and costly inquiry? 'Lessons have been learned': another phrase bandied about with no intention of learning anything.

What we are now seeing and which has been much promoted since the Brexit vote and Trump becoming POTUS, is an increase in faux outrage against both by those who wish to derail the two. This has reached levels of absurdity in faux statements, remarks and intent from people who in some cases one thought better of, but when it comes to retaining or regaining power all bets are off and lies upon lies are trotted out with the full knowledge of what they are. But as any marketing outfit will tell you, repeat the lie enough and many will eventually believe, so as with the constant emails and postal fliers that bombard you with anything from funeral plans to '50% off windows this month only', enough bite to make these approaches however fake worthwhile for the companies involved. The fake discounts are a classic example of marketing to the naive: we have a chain of bathroom retailers who have a permanent 50%-plus reduction on everything it has been doing it for years; many other examples exist.

Yet more worrying today is that the faux concern used by politicians and NGOs has spread to the public at large. The recent XR demos have shown a new twist to demonstrating: no longer content with being a bloody nuisance, the demonstrator has added faux emotion to his public face in an attempt to curry favour with even more vulnerable people. Anyone who saw the man crying under the car with the picture of his children in his hand, repeating 'their future is being taken away' while crying for the camera, can be in no doubt that faux emotion has reached a new level. Anyone believing that display needs a reality check.

What next, who knows? Most of these fads blow over with time, but not in this case, too many politicians and their ilk have this whole fake PR act embedded in the way they now approach the public. The Twitter feeds from the likes of two prime examples, David Lammy and Stella Creasy (picked, I might add, because they are two prime examples, not because of their party loyalties} are just fake in what they say and what they purport to support. It is amusing to read, if you can be bothered, and I have included Lammy’s now infamous “haven’t seen a policeman since we have been here picture” but worryingly they get that percentage they are after who support their inane utterances and that of course is what it is all about. So the whole thing goes full circle, faux emotions and image supported by people displaying faux loyalties to in many cases something they have no grasp of other than a misguided fake belonging to a false narrative. 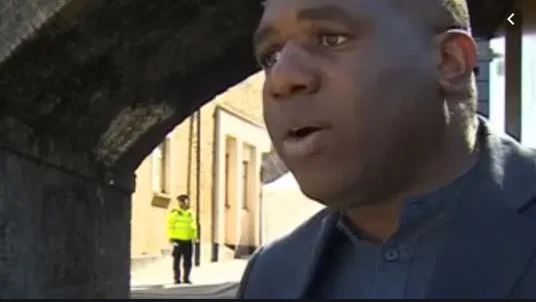 We now await what could be the biggest fake announcement of our time, the leaving or not of the EU. If we end up with the PM declaring we have left with a version of Theresa May's agreement (which means we have not left), expect levels of faux euphoria in the political classes that will put them in the running for Olivier awards; or alternatively if we leave without a deal, armageddon and threats of people eating their babies will be the mantra from the other lot - all fake, of course !

And I think now, we can see exactly what you are saying being played out before our eyes, Mr Broad Oak!