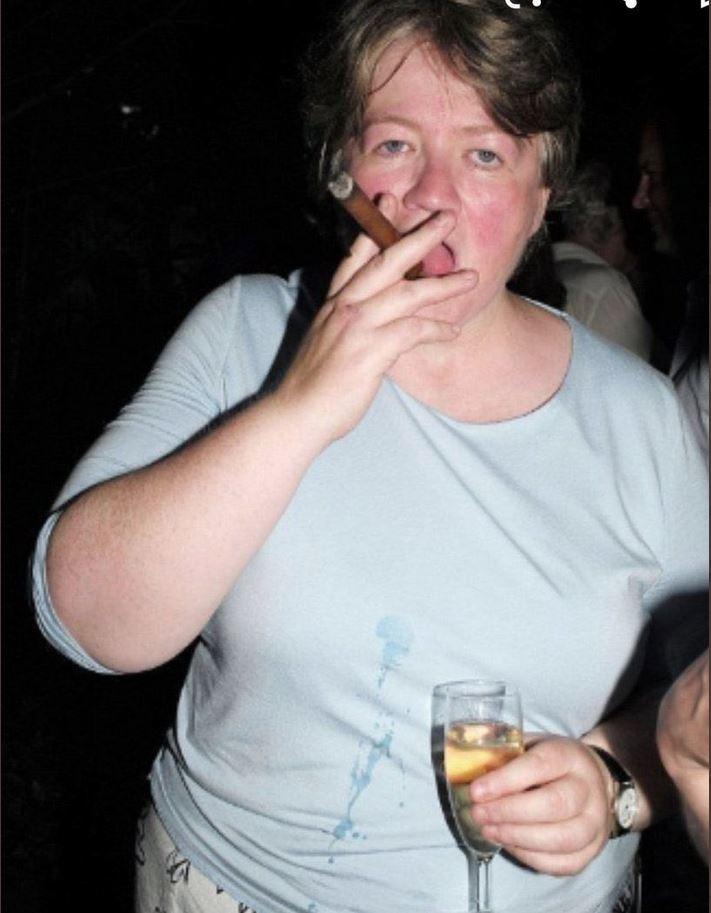 This is the new Health Secretary, I have never cared about what someone looks like or their ’charisma’; my only concern is that they do the job they are paid for. In the case of the new Health Secretary I already have doubts, not because of the above photo but simply because she has no knowledge of the NHS and is a ‘friend' of the PM; that alone suggests nepotism and lack of merit in getting the job. If I am proved wrong, then good.

Most of us know what is wrong with the NHS; we have to put up with its shortcomings on an almost daily basis.

Sadly as is the case with all newly appointed officials that want to appear to hit the ground running, though in this case that conjures images I won't go into, n announcement is made re GPs and appointments: 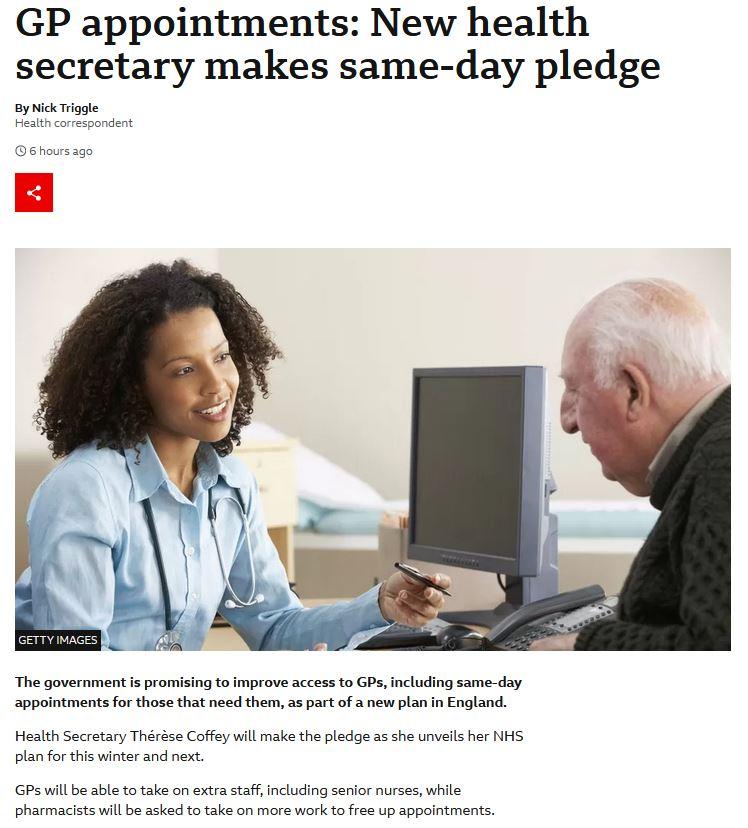 The woman is deluded if she thinks making such a statement will make the slightest difference to our everyday experiences.

And within minutes of the announcement representatives of GPs were saying it is impossible to implement the pledge. Today in the Times a GP makes a claim that GPs are tired with workload they are having to support; perhaps she should put her head round the door of our surgery and see if she can find more than two GPs on the premises, out of eight, on any working day. Methinks they do protest to much.

But it gives an example of what any health secretary is up against: radical reform is needed but won't come from statements such as the one above.

This is no different to the announcement by the then health secretary under Cameron who declared we would all have choice over the GPs and surgeries we can go to, the result of which was an actual decline in all choices. Still, the revolving door of opportunity keeps these people from ever having to account for their proclamations.

The intention as with this one is to buy time, to be seen to be doing something, when the truth is that only a radical change in the GP set up will change anything.

As we pay them with our taxes there should be a revision of their contract. We don’t pay them to choose to work one day a week for the same salary as many now are, and the students who are currently studying and stating they have no intention of working more than three days should be told that they work five days a week for say ten years in the NHS, as again the taxpayer has paid for their tuition and demand a Quid pro quo in return.

At this moment in time we pay and receive a third world service at best in return; in a sane world that should not be allowed to continue.

I don’t even have to go into the reasons why the statement is just that, words. If you can’t even get someone to answer the phone at the surgery how are you going to enforce your ‘rights’? Time for someone serious to take charge of the NHS and all who sail in her.

At the same time Rosie Cooper MP for West Lancashire has stood down from being the MP for that constituency at the age of 72, to take the lucrative position as the Chair of Mersey Trust at a time in life most have retired. This woman has only become an MP after five attempts with three different parties? And despite some political alliances with health matters has never run anything of substance.

Her reason for changing careers is said to be because of death threats, but it took this offer a couple of years and much ‘soul searching’ to jump ship. It seems the revolving door is still revolving. Is this really the best they could come up with? Nothing changes, especially within the NHS or the political establishment.

Observing from the US, I am fairly convinced that the Conservative government intends to make the NHS non-functional so that will give them as excuse to privatize all of it.