Elvis and Del Shannon still occupy the top two places; at third, for the second week, comes 'Temptation':
Some memorable events (via Wikipedia): 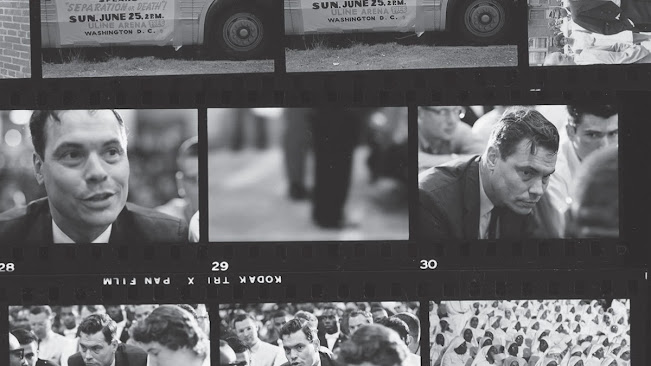 25 June: American neo-Nazi George Lincoln Rockwell, discharged from the US Navy two years earlier for his political views, attends a Washington, D.C. rally of Elijah Mohammed's Nation of Islam.The strange connection is based on both parties' belief in racial segregation, and vehement antisemitism. Malcolm X (who six months before had been sent in secret to broker a truce with the Ku Klux Klan in Atlanta) gives a speech there;  Rockwell himself speaks at another NOI rally in Chicago in February 1962 (in 1967 he is murdered by John Patler, a former member of Rockwell's party who had been expelled a few months earlier for trying to introduce Marxist ideas.) In 1964, Malcolm X leaves the NOI, disillusioned with its leader, and is assassinated the next year by NOI member Talmadge Hayer.
27 June: Arthur Michael Ramsey is enthroned as 100th Archbishop of Canterbury. 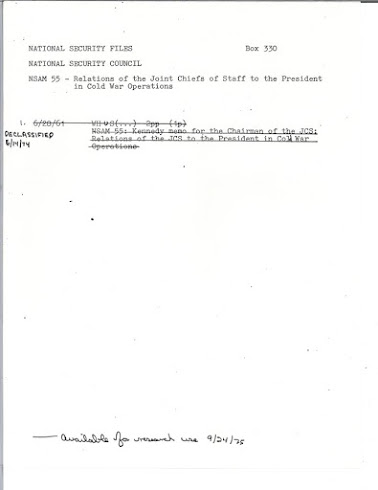 28 June: following the April failure of the Central Intelligence Agency-sponsored 'Bay of Pigs' invasion of Cuba, President Kennedy issues a trio of directives to transfer the responsibility for the planning of peacetime paramilitary operations to the Joint Chiefs of Staff. 'The directives... were so secret that copies were not released to either the CIA or to the U.S. Department of State' (pic source.)
UK chart hits, week ending 1 July 1961
Htp: Clint's labour-of love compilation https://www.sixtiescity.net/charts/61chart.htm

Duane Eddy still in there - good to see.