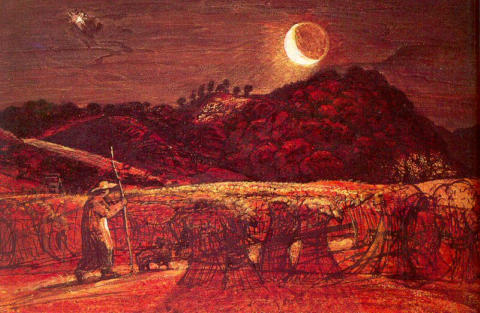 Before The Pre-Raphaelites there was another, less well known, group of painters who styled themselves as The Ancients. Not having a self-publicist as good as Dante Gabriel Rosetti is one of the reasons they are overlooked by art historians but another, and probably more important reason, is that their art was somewhat out of tune with a society in the process of being converted to the new faiths of Darwinism and scientific materialism which were offered as an alternative to religious explanations of the world and a society in which the favoured style of art was verisimilitude, naturalistic representation. 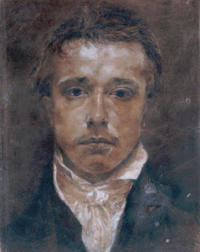 Palmer had already enjoyed success at the age of fourteen, selling a painting at the the Royal Academy but it was his future father in law, the painter John Linnell, who mentored his career "it pleased God to send me Mr Linnell as a good angel from Heaven to pluck me from the pit of modern art" and it was Linnell who in 1824 introduced Palmer to William Blake.

Blake proved to be an inspiration and the nineteen year old Palmer left 'modern art' behind him and followed the artistic lead set by the older man.

Among the advice from Blake was -

"Draw anything you want to master a hundred times from nature till you have learned it from heart."
"You have only to work up imagination to the state of vision and the thing is done."

"The general characteristics of Nature's beauty not only differ from, but are in some respects opposed to, those of Imaginative art."
"Nature is not at all the standard of art, but art is the standard of nature. The visions of the soul, being perfect, are the only true standard by which nature must be tried."

Both Palmer and Blake's visionary style of painting can best be described as 'imaginal' a word coined by Henry Corbin in his book Creative Imagination in the Sufism of Ibn 'Arabi.
http://www.amazon.co.uk/Alone-Creative-Imagination-Bollingen-General/dp/0691058342/ref=sr_1_1?s=books&ie=UTF8&qid=1321027797&sr=1-1

Instead of realistic landscapes, Palmer produced work in a style that was almost dreamlike and reflected this 'imaginal realm' somewhere between this world and the next. The world available to our five senses is a reflection of, and arises out of, this 'imaginal realm', an idea which bears an uncanny similarity to the physicist David Bohm's theory of the implicate order giving rise to the explicate order, this latter being the world around us.

These paintings are a splendid antidote to the marxist-materialist-miserabilism of our current politically correct art world. 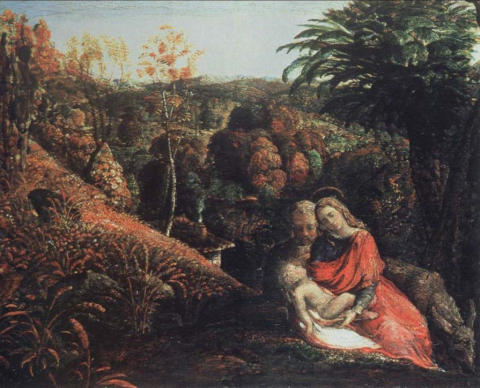 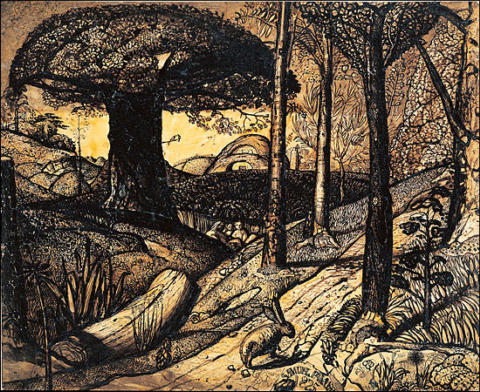 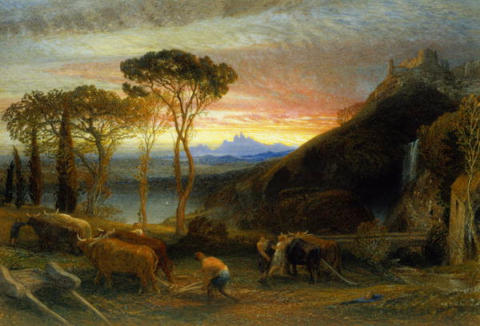 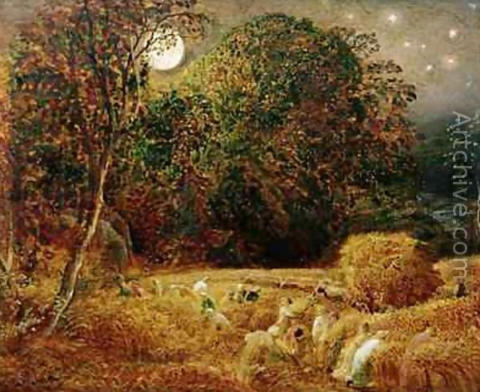 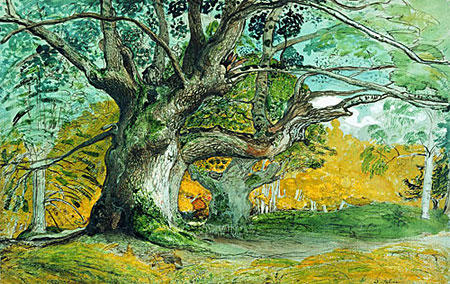 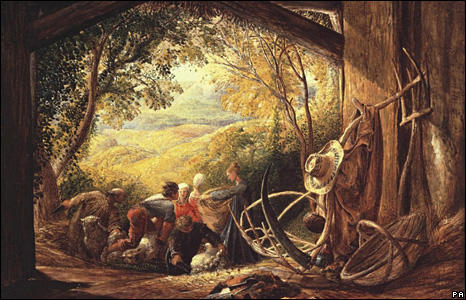 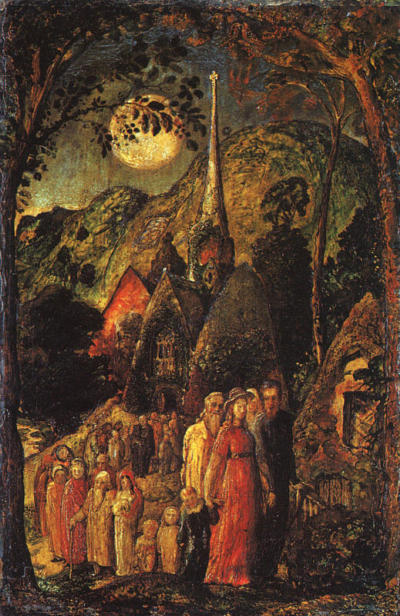