It hangs in the Museo del Prado in Madrid. 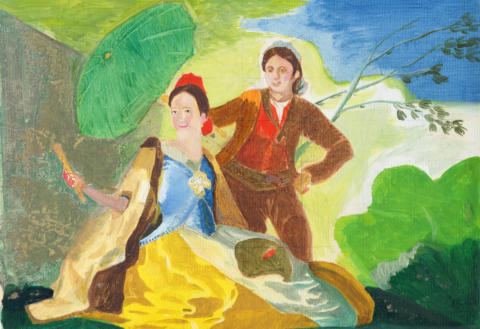 The more perceptive among you will have realised that there is something not quite right about it, apart from the fact that it is not finished.

In fact it is a copy which I did a few years ago and it is stuck with blu-tak to the wall of my studio.

You can see the real thing in the Prado web pages.

Reproductions of paintings, whether in books or on your screens, are all reduced to the same size, more or less. As well as being difficult to judge the scale of any picture it is also hard to discern the qualities which make great art great art.

This is very useful for forgers because most people have never seen great art in the galleries of the world and most people, if truth be told, cannot tell the difference between an original and a copy.

It may surprise you to know that art experts very often cannot tell the difference either.

During the 1980s, John Myatt became involved in “the biggest art fraud of the 20th century” after he had advertised in Private Eye offering ‘Genuine Fakes for £150 and £200’.

This turned into a legitimate business until Professor Drewe turned up……

After spending time in prison, Myatt continued painting in the styles of famous painters and has been rewarded with his own TV shows ‘A Brush With Fame’ and ‘Mastering The Art’.

The message is clear- never trust an ‘expert’!

A more important message is: if you buy art as an investment, you are buying it for the wrong reason; remember that investments can go down as well as up. And if you lose money as a result of fraud then you were a willing accomplice in that fraud, as with any fraud, believing that you were somehow going to be enriched from your ‘investment’.

If John Myatt deserved a prison term for his ‘crime’ then the ‘experts’ who authenticated his work should also have been imprisoned alongside him.

He was a forger of paintings and prints by none other than Salvador Dalí. The Artexperts website explains how two Spanish painters, Manuel Pujol Baladas and Isidor Bea, worked for Dalí and his wife Gala in creating many of his paintings from 1955 onwards.

They also attempt to explain the difference between a forgery and a fake:

'The difference between a forgery and a fake in the case of Dali is quite simple…in the case of the forgeries, Dali did not consent for the art piece to be made, and most likely knew nothing about it. In the case of fakes, Dali most likely approved of or requested that they be made in his name. Neither are as valuable as a genuine Dali, however, a fake may hold some significant value if it was created under his direction and bears his authentic signature.'

But they are using the signature as a validation. They are not evaluating the artwork itself and are assessing artistic value, and hence financial value, on the basis of the signature alone.

So, are art collectors nothing more than very rich autograph hunters?

The question that is often asked is why would Dalí do such a thing and the answers most commonly given are his greed and vanity. It was a fellow surrealist, the poet André Breton who gave him the name Avida Dollars, an anagram of his name.

But I believe the answer is much simpler than that: what could be more surrealistic than colluding in the forgery of your own artworks? Is that not exactly what a Surrealist artist would do, it being perfectly in tune with the spirit of Surrealism!

I have a Renoir for sale. It is unfinished but you can make me an offer. 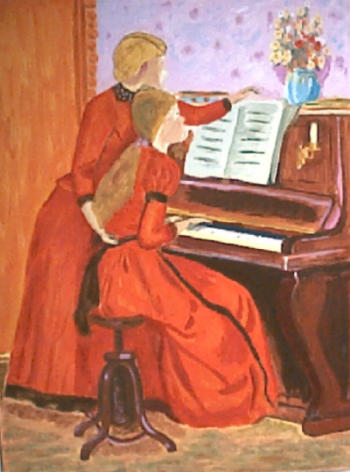