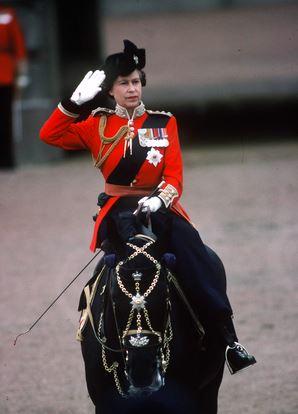 Like the majority of the population I will be watching the pageantry surrounding the death and burial of Queen Elizabeth 11. Not only was she a remarkable woman in the role she played for seventy years, but in many ways her going is a final break with the past glories of this nation, it will not be and cannot be repeated.

Her funeral will be an event we do better than any other nation on this earth. Previous ones such as Churchill’s, still just within living memory, are examples of that, as was the Queen's coronation which as a child I witnessed; historic events that stay in the mind of those who witness them for the rest of their lives, I have no doubt that next Monday will be no different.

In many ways considering the appalling state we and the west are now in, it is as if a full stop has been imposed on an era that not only had the Queen reigning over us as a figurehead reminding us of past greatness but also her passing signifies the end of a nation of Empire and our standing in the world. Much of that had already gone yet the presence of the Queen softened the decline that we  see all around us. I am sure she was aware of the fact but at least she will not have to see the end product.

All that for those that care is common knowledge.

What we are witnessing at this moment in time is the total overkill by the media in the endless blanket coverage of all items to do with the death of our monarch. Past similar events did not have social media or umpteen TV channels to record everything or relay endless interviews with people of no interest and little consequence, but I write this with a week to go and already TV channels are repeating items that have already been flogged to death.

The initial silence, promoted straight away by David Starkey, over the status and more of the Harry and Megan saga that is a threat to the main focus of this funeral lasted hardly as long as his request. Analysis of one appearance in public and an impending book soon to be published gets more and more airtime when the whole issue should be parked till after the funeral.

GB news as an example, has abandoned everything unless there is a connection to the Queen's death. We are being reduced to examining the minutiae of items for the sake of it, simply to fill air time. The presenters will have been wearing black so long that afterwards we will be finding it difficult to imagine them dressed in any other way.

Even someone like the aforementioned David Starkey who I would in normal circumstances gladly watch and listen to even if he was reading the weather forecast, is being used to endlessly plug gaps in airtime to the point of being tedious.

The never ending interrogation of the Sussexes, and will the brothers ever speak to one another again, has reached the stage when 'body language experts', behavioural psychologists and others are being used to continue the examination of their behaviour, when the only obvious fact is Kate looks like she could kill Megan, and she may or may not have reason, but that is all.

In some ways all this should be expected. It is now the way of the world: tittle tattle. Social media has reduced events to endless sound bites. Fortunately despite all this the main event won’t (we hope) be diminished.

This type of presentation has been expanding for some years. The introduction has became a six part play: no longer do you get a half hour summary in the run up to the Cup Final, you get a whole morning where everyone from the managers to the beverage providers is asked for an opinion and then asked again.

The public can no longer be allowed to watch and form their own opinion. It is the media equivalent of the ‘nudge’ unit forever pushing other opinions in our direction to the exclusion of all else.

Sadly the public have assimilated all this and over time have become the putty in it all, never questioning whether this the way forward is the right way: it is almost as though they prefer the media and the government to determine the amount of emotion that should be displayed.

The Diana effect has become the norm and is used as a template.

And the media milk it and encourage it with another of those overused phrases that appear at times like this, ‘the outpouring of grief was self evident‘ said x reporter on the ground, despite no real evidence of it. Whatever happened to the stoic approach that was the norm? Today we are encouraged by those same TV experts on air to show one's emotions as if in a competition; we are as one commenter said, ‘in a world of emotional incontinence’.

Fortunately one doesn’t have to sit there for eighteen hours a day listening and viewing padded-out time-filling nonsense, all one has to do is view the main event as that is all you will remember; judicious use of the off button will do wonders for your sanity.

Yes, less is more. The people flounder; so many have no grounding in any religion and so respond to death with mawkishness. Children's graves are adorned with teddy bears etc.

The media have to push ‘the outpouring of grief was self evident' line because otherwise they would have nothing to fill the airwaves/newspapers/interwebs. People being quietly stoic is not news.

The media today don't report the news, they manufacture it.