"Dinner For One" (1963) - Freddie Frinton's manservant heroically lifts a glass for each of May Warden's absent friends, for every course...

This comedy masterpiece has been shown on German TV for the last 55 years - we put it up last NYE but think it's a worthy tradition for Broad Oak Magazine, too:

Not exactly New Year's Eve but a midwinter celebration of Lucia, the return of the light after the winter solstice. The origins of the Lucia Tradition are explained in this first video:

- and here is how Jonna Jinton commemorates it:

This one is bizarre when you see the picture in the first link but it is explained in the second link. The twelve grapes is inherited from the Spanish tradition but the others look like mad inventions.

Still, I suppose every tradition has to start somewhere. Who would have thought that the Germans would fall in love with Freddie Frinton and make it an annual ritual! 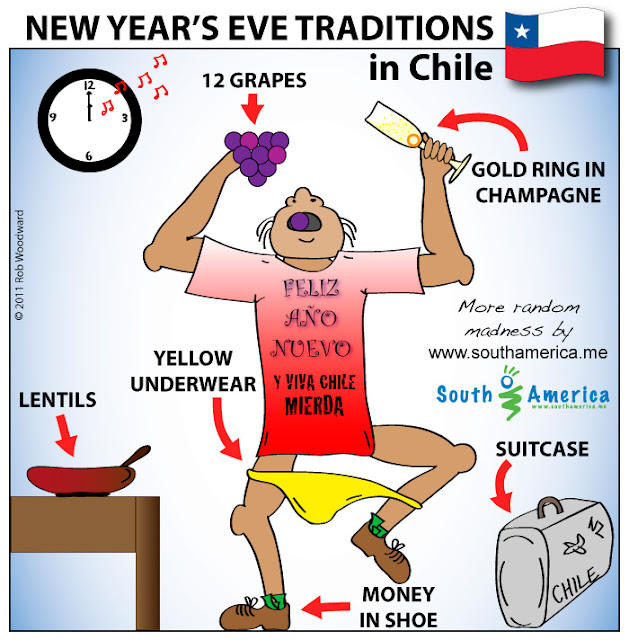 Anne Igartiburu has become a fixture on Spanish TV every New Year's Eve (not sure which year this is). Paradoxically, she commands a big audience but hasn't got much coverage...

And for Caledonian Hogmaniacs, this is the first TV broadcast of Hogmanay in 1957-into-1958: