START THE WEEK: Green, Broke and Cold - by Wiggia 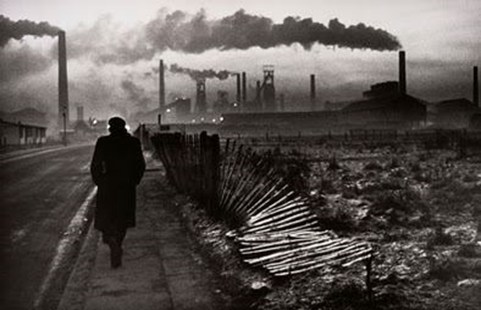 The nudge unit is going to have to work overtime on the Green Deal as more and more facts are released or found on the total impracticality of it, all the ridiculous costs involved and the restrictions that will by necessity be imposed on citizens to even begin to make it all work.

I had an example today of the other side of the argument. We have just had a new gas boiler installed in our new house; I spoke to the engineer and asked why, if gas boilers are to be banned from being fitted in new homes from 2025 and phased out in the early thirties, are the likes of British Gas advertising deals on new ‘efficient’ gas boilers.

He said: it is simply not going to happen. The new boilers in the pipeline will be made to be able to change to hydrogen when and if that occurs, otherwise gas boilers will simply carry on being used.

Once again heat pumps were explained as being only useful in new efficient houses and with underfloor heating; it is simply not practical to upgrade older houses enough to make heat pumps viable - radiator sizes alone would have to be increased by 50% because the heat pumps work at a lower temperature.

We have spoken of all this before. The costs to change for the average householder are ridiculously expensive and I agree it is not going to happen and why would anyone sane change with all that expense to a system that is going to cost you a lot lot more to run?

With more and more fact-based opposition to the Green Deal emerging from reliable sources, I cannot believe  that Boris is ploughing on with all this and the whole CC emissions carbon zero nonsense. There can never be carbon zero; they are just words, an unachievable goal for the eco loons who never explain how it can be achieved other than by impoverishing the population.

The video in the link below shows the rank stupidity of much of the ban everything argument. It starts with the news that seals are losing their young because of lack of ice and then shows a large broken away iceberg; this is enough for those who believe to shut down all things fossil fuelled.

The headline for this video is ‘Gas boilers should be banned’; it takes a big leap to connect dead seal pups and a broken-off large piece of ice with gas boilers.

And that is the part I do not get. The cyclical nature of weather of the millennia has resulted in cold areas becoming hot, hot areas returning to the ice age and everything in between. Not once have I heard an explanation for how all these events that happened long before Man could be because of us, and even now the ‘science’ has difficulty separating the two.

We have come a long way from the industrial revolution and those dark satanic mills; it is now history, the virtual slave labour of those days is gone, yet is replicated in countries that supply the minerals for the clean new world that is to be founded on battery power; the hypocrisy was never more evident, 'battery power means less of a carbon footprint', that myth is being unpicked on a weekly basis, yet even that is not enough, we now have reports that the eco fascists are not really satisfied with EVs as apparently their tyres give off far too much toxic dust and so do the brake pads. It really is never enough for these b******s, and why do they gain traction? No one votes for them and the background to nearly all of these organisations is always a lot more than just a quest for clean air: it is about changing the way we are governed and making us live how they consider we should.

Naturally none of this will cost them anything. They rarely work unless it is for the same organisations, they are an army of protesting eco mercenaries who have far too much time on their hands; governments listen to their tosh, but they are banging at an already open door - it can only be for the advantage of big business, it is certainly not for the general population, who will be paying for all this for decades.

In our local paper the Eastern Daily Press, there was this week what could be only be called a puff piece by a Swedish company building the latest windmill farm off the coast here. A Dr Catrin Ellis Jones from Vattenfall, a Swedish firm that is building 300 windmills of the coast near here, is asking the people of Norfolk how a multi-million pound fund should be spent in the area supporting our transition over the next three decades to low carbon living.

The company has appointed several ‘ambassadors’ to connect with the local population, ie propagandists.

Two things: first, no one has been asked if we want to go this route in the first place, for all the obvious reasons laid out multiple times; and secondly, where has this money come from? Certainly not from any philanthropic arm of Vattenfall; it almost certainly comes from the huge subsidies given to the wind farm industry - our money!

The UEA professor in sustainable energy chips in: ‘This is an exciting opportunity for all of us in the Norfolk community to say what we love about living here ( what has that got to do with windmills?) and start thinking about the energy and climate future we want for our area.’ What we want has already been decided by the powers that be and it’s more windmills. It sounds as though the old nudge unit has been wheeled out again; we have no say in any of this, it has all been decided that this is the way forward.

Once again in this long drawn out winter we have had more than a few days when energy from wind has been at abysmal levels. Only the interlockers keep the lights on; there is never any mention of this from the pushers of the green movement or anyone else, about this fact that when we need power on cold, dark and often windless days it is not going to come from windmills, yet in mid-summer with low demand and adequate wind the whole industry jumps up and makes headlines about how over 50% of our energy was supplied by the same sustainable? source - even that is not strictly true as they include imported nuclear power not our nuclear power.

It is very difficult, even if you wanted to believe in what is laid out for the future of this country in the climate change debate. This committee, headed up by the industry subsidised Lord Deben (aka Gummer of the beef roll incident), gives a road map of what is required to reach net zero, a figure that means very little but will cost billions over many years to even attempt to achieve.

The whole thing should be dumped. We are quite capable of improving living conditions without this nonsense and without adding to our enormous current debt. It could be of course that it will never happen as the money simply isn’t there on this scale; hobbling the country with energy costs is already hurting Germany which is building, yes it really is, new coal-fired power stations after the disaster of closing down all their nuclear ones. Does Boris actually believe he knows better than all the failed green energy schemes around the world? If he does, we have a big problem.

Worldwide the West is suffering from leftie governments, and that includes our current one who would have us consume what they believe and want us to consume, whereas we buy what we want to consume. The only way they can change that is to ban or make what we consume too expensive and then replace it with an equally or more expensive poor substitute; that is happening now in many areas under the guise of health, climate change, and the altering of thought processes with duress as in so called hate crime or the pronoun wars; all cobblers but still making progress.

None of this is good and yet 'bread and circuses' is winning at the moment.

And then there are Smart meters.
Why should the punter decide when he gets electricity.
There are much more benevolent and wiser people somewhere in London who can decide who to disconnect.
Meanwhile we will ensure that the only source of energy permitted is electricity.
Makes perfect sense.
Meanwhile in lands far, far away, India and China, a coal power station is built every few days. Just to ensure that we can have steel for our windmills and batteries for our buses.

I don't have a Smart meter, speaker, phone or car and I'm content to remain that way.

The meter is supposed to be more 'efficient' - in what sense? And they're not offering a discount on your energy if you take it up. I think it's about data-gathering and centralised control, as you suggest.

There's an interesting piece in the Economist science section this week. It deals with recycling old cars. Apparently 95% of the mass of a conventional car can be recycled and cheaply at that. When it comes to EVs (Electric Vehicles) much less of the car can be recycled and the costs of recycling are both high and environmentally very high risk. Welcome to the 'clean' future.

Whilst going for my morning walk today, I happened to be thinking how much everyday life had changed in my long lifetime ( I am 83) I can remember my Father was at work for 5 days each week,we children were at school and my mother was at home tending to the household jobs. Only one family in the street had a car and that a pre war banger. My mother would trudge from shop to shop buying the various foodstuffs only buying what was immediately necessary as we could not afford to stockpile assuming the quantities were available, nor could she carry it home.Eventually we managed to get a car and the world changed for us. We could go anywhere at any time, no longer limited to bus and train routes or timetables.When all electric cars come in they will be so expensive that a lot of people will no longer be able to afford their own transport and be cast back to the 1940s/50s.waiting for the bus that is always running late.