At #5 this week: Danny Williams with 'Moon River':

Some memorable events (via Wikipedia):
26 November: 'In the Avellaneda derby soccer match between Club Atlético Independiente and Racing Club de Avellaneda, the referee was forced to suspend play for six minutes due to fighting amongst the players. Four players from each team were sent off. The game ended in a 1–1 draw.'
28 November: 'After Morocco's King Hasssan II agreed to allow the Arab nation's Jewish minority to leave, the first group of 105 Jews was allowed to fly out to Israel. By the end of the year, 11,478 had left, and over the next two years, the 85,000 members of the community had emigrated.'
Also on 28 November: 'Nuclear test ban talks resumed in Geneva between the United States, the United Kingdom, and the U.S.S.R. Thirteen meetings were held over the next two months.'
29 November: 'The United States successfully placed a chimpanzee, Enos, into orbit around the Earth, clearing the way for the first American astronaut to break the pull of Earth's gravity. Enos lifted off from Cape Canaveral on board Mercury-Atlas 5 at 9:07 am, made two circuits of the globe, and was recovered safely at 12:28 pm in the Atlantic Ocean. After the successful flight, NASA announced that one of two men would become the first to be sent into orbit, settling on John Glenn or Donald "Deke" Slayton.'
30 November: 'U.S. President Kennedy, authorized Operation Mongoose, the secret funding of Cuban groups to overthrow Cuba's new revolutionary socialist government led by prime minister Fidel Castro. Brigadier General Edward Lansdale was put in command of the project, which had 4,000 operatives on its payroll between 1961 and 1963.'
Also on 30 November: 'The Soviet Union vetoed Kuwait's application for United Nations membership, in alliance with Iraq. After the Arab League withdrew its forces from the sheikdom, the Security Council, including the U.S.S.R., approved Kuwait's membership.'
1 December: 'The Dutch colony of Netherlands New Guinea raised the new Morning Star flag next to the Dutch tri-color, and was made the autonomous territory of West Papua, with partial self-government as a UN Mandate. In 1963, however, the UN turned the mandate over to Indonesia, which annexed West Papua in 1969 after a sham plebiscite.' 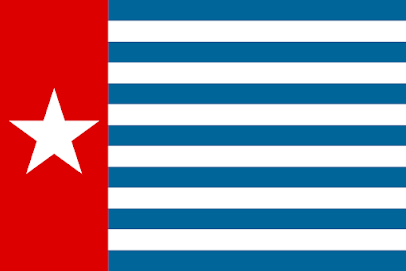 2 December: 'In a speech that began at midnight, Cuban revolutionary prime minister Fidel Castro declared "soy marxista-leninista y seré marxista-leninista hasta el último día de mi vida" ("I am a Marxist-Leninist and I will be a Marxist-Leninist until the last day of my life"). Castro confirmed that he would guide Cuba to becoming a Socialist state, and, in the long run, a Communist state, but added, "I'm saying this for any anti-communists left out there. There won't be any Communism for at least thirty years". However, he made clear that there would be only one political party, "The United Party of Cuba's Socialist Revolution", adding that "There is only one revolutionary movement, not two or three or four revolutionary movements." '
Fidel Castro speaks on Marxism-Leninism: Dec. 2, 1961 [University of Florida Digital Library]:
https://ucf.digital.flvc.org/islandora/object/ucf%3A5073

In 1970 I was in the main stand with my father sitting watching Newcastle play Inter Milan in a Fairs Cup tie. This is the only match report I can find but it doesn't begin to tell the full story. https://www.chroniclelive.co.uk/news/history/newcastle-2-0-inter-milan-10157918

Yes, the Inter goalkeeper punched the referee as it says but in fact the ref was knocked unconscious by the punch. When he staggered back onto his feet he immediately brandished the red card; cue for more mayhem and fighting from the Milan players. While all this was going on the Newcastle midfield player, Tommy Gibb, had parked himself near one of the corner flags, sitting on the ball waiting for the pantomime to finish. A most entertaining evening. My father used to enjoy the boxing on TV so he was able to enjoy both of his favourite sports that night!

A few years later I was at the Spanish Cup Final between Bilbao and Barcelona which featured another 'boxing' match between the players; more like a wrestling match in part as Bilbao's Goikoetxea launched a flying drop kick on Maradona!

I think both Wiggia and i could tell a few daft stories about football :)