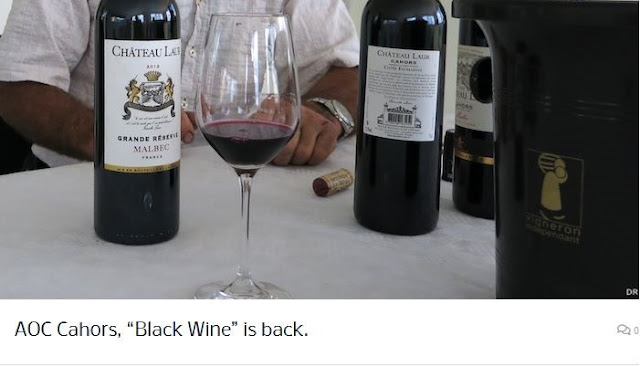 As anyone who has read anything I have written - there must be a few? - will have observed, I do like my wine, having been drinking it, reading about it, going to wine-making countries and wineries plus tastings and wine related dinners - in all I have drunk an awful lot of the stuff from all over the world - for far too many years.

I also read what wine critics say, not so much for their suggestions as most have attachments or associations that make any suggestions a bit skewed or biased; added to that we all have our personal tastes anyway. You could ask, why do you read what they say then? Quite simply, they have constant access to wines that are new, interesting and sometimes affordable that make me say I will try that if I come across it, and they write about winemakers, trends etc which can be interesting.

So it was with some surprise that an article in the Guardian by their own wine writer surfaced that made me do a double take. I don’t read the Guardian - does anyone these days ? - but I have read articles by their wine writer Fiona Beckett who in normal circumstances is one of the better ones.
However the headline alone made me think this was another case of bandwagon-jumping:

That alone made me read on, which is what I expect it was intended to do, despite the fact I have no real idea what it means other than some invention of the mind to attract Guardian readers who see race in everything. Why should white wine drinkers feel uncomfortable, seriously?  For those who want to read it the full article is here…

Before I go on it has to be said that only a minority of black drinkers favour wine over other beverages so making a point about the percentages in the article is not factual in this respect. It also trots out the usual “I know people” tropes about black wine waiters being snubbed etc. In this country I doubt very much Fiona has ever seen a black wine waiter or sommelier about whom she makes the point about bypassing the said black man and asking a white waiter; sure, it might happen, but I am inclined to put the anecdotes in the category of ‘things that never happened’ or certainly never happened when Fiona was around; but it pads out her article nicely in a rather deceitful way. 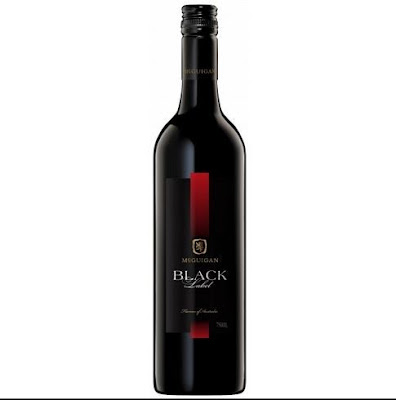 Her point about black South Africans being a very small part of the wine industry in their own country is pure whataboutery: there's no reason why black people can't own vineyards and make wine as some do in the USA, and nothing wrong in promoting that type of career among black people, but how many even given the chance are really interested? There is no indication in the article of any numbers involved. Wine has no black history; everything in that line in Africa has come from Europe so naturally white people own and run wineries.

I buy wine from many sources; as far as retailers are concerned, I have never seen a black person in one buying wine. It may be slightly different in the big cities these days but still an insignificant number and in supermarkets the wine aisles are not exactly packed with black wine buyers, so for me the whole article is bunk.

Further down she quotes a young black wine-maker in the States and again gives the impression of how hard it is for women of colour to get anywhere in the industry. That may be correct but she spoils it by extending her comments to include women in general, which is not true: more wineries world wide every year promote women to to be chief wine makers or CEOs of wine making companies or just simply outright owners at all levels. Again, it's bunk.

Fiona's own position is interesting: in her final paragraph she joins those who wish to savage (treading on dangerous ground there, John, using 'savage') the English language by changing words to suit the current crop of politically correct appeasers to any perceived grievance. Only a few days ago some estate agents decided the use of 'master bedroom' was somehow demeaning and said they would remove the said word.

Fiona is pleased the “Court of Master Sommeliers” are removing the ‘humiliating word 'master'' - this is in the States, by the way. Despite many accreditations, Fiona  is not herself a master of wine (MW); does she think that should be changed? In fact, there are many women MWs. 'Master of wine' has no slave connections; it is the use of a word that describes exactly what the person is: a master of, nothing else, nothing less. If you remove the use of the word for that title, what must we do about 'master of hounds', chess 'grandmaster' etc?

It does look as though clownworld has come to stay and it isn’t funny any more.