SOMETHING FOR THE WEEKEND: Mr Mole, by Wiggia 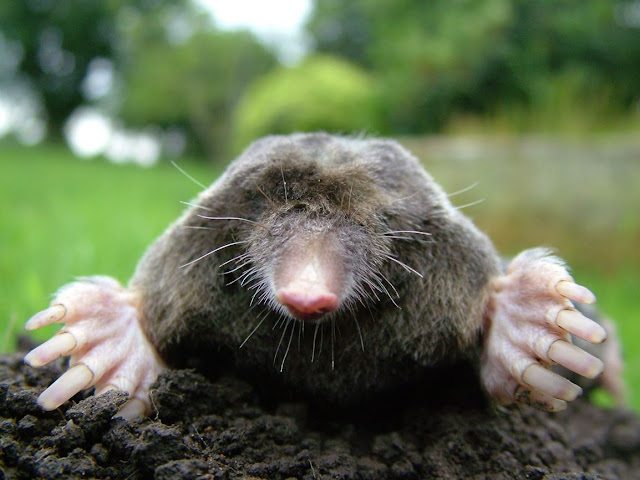 A very amusing story was told to me yesterday which I sent to friends who I thought would appreciate it;  it made me think it would be a good preamble to a more general tale of the little buggers above.

The story is this……

“I went for a haircut this morning and my hairdresser told me a wonderful story about his neighbour and his new fake lawn.

The neighbour decided they would have a fake plastic lawn installed as part of the landscaping in their garden.

All was completed and the couple came over to ask the hairdresser if he wouldn't mind keeping an eye on the garden and water the numerous pots, fine he said no problem as they do it every year for them anyway.

First few days all went well and on the fifth day the hairdresser's wife said she would pop over before she went to work. Five minutes later she returns and says you really ought to come and have a look at this, so over he goes. Upon entering the back garden he sees what all the fuss is about: the newly laid fake lawn looks like the Somme, all hillocks and trenches. 'What the hell,' says the husband and then realises what has happened: moles; they have tunnelled under the fake lawn and tried to surface but couldn't, leaving the place wrecked.

The installers returned to make good but much of the fake lawn had been so stretched by the moles efforts to surface it was unusable and it remains like that while they seek a solution.”

There must be a moral to that story, probably as most have said, ‘Don’t mess with Nature as it always wins’.

There appear to be two main ways that artificial grass is laid and the ‘softer’ version must have been used in this case.

By coincidence last year my neighbour over the road had a similar ‘uprising.’ Venturing onto his crazy paved patio one morning he was confronted by piles of earth: a mole had tried to surface and had succeeded by getting between the pavers and pushing up the grouting. What was amazing in this case is the garden is enormous, three and a half acres going down to the river bank, shades of Wind in the Willows, and though mole activity is seen in the softer soil near the river there have never been any signs near the house and there were no signs leading to the patio; that was some dig. 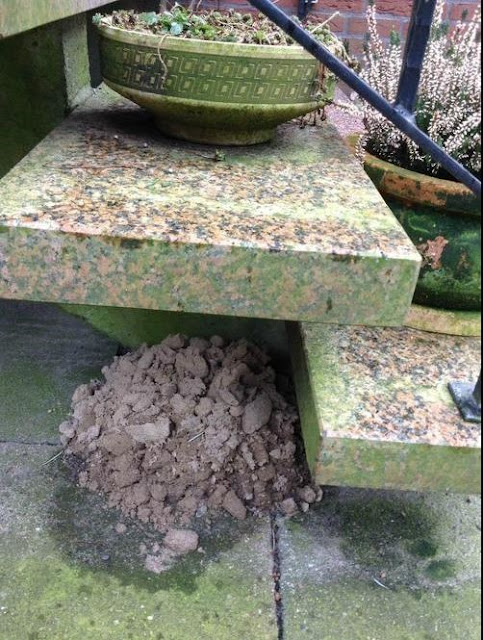 I've had them in more than one garden myself including the current one. They - or he, they are solitary animals - don’t like noise or vibration so normally come up in the quieter areas, but that never lasts. Slowly they expand their tunnel system looking for worms and they got to my veg patch; time for action. I genuinely do not like killing moles, their strange subterranean lives are a miracle of industry and I would much prefer to leave them alone, but we have all seen those roadside stretches of grass that look like a scene from WWI battlefields and the time to strike back arrives. 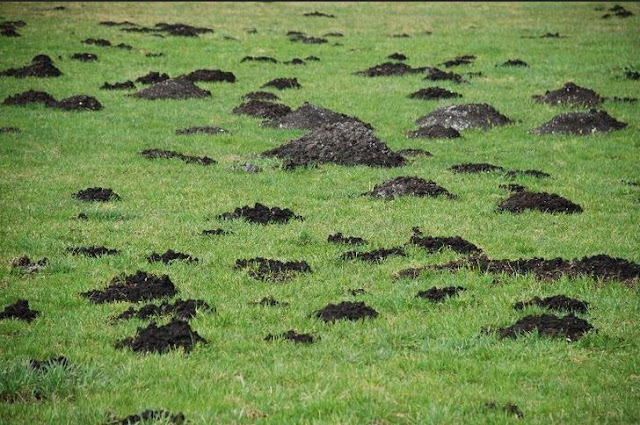 Whatever method you use to kill moles it is not a pleasant one. These days mole traps are the universal way and setting them correctly is very important, otherwise the little buggers go round them, under them or ignore them; their sense of smell is such that you should use gloves to handle the traps so as not to contaminate them with your scent, and patience is definitely a virtue.

Years ago you could buy gas pellets that poisoned the moles in their tunnels, but are now only available to professionals. You had to find all the openings by putting burning oily rags down the tunnel and seeing where it emerged, then cap those exits, leaving one for the smoke pellets; but the pellets were banned and traps are the only way today.

Various sonic devices are sold that claim to get rid of moles but the reality is, as with certain castor oil-based repellents, they only either work for a short period or simply move the problem to another part of the garden.

I did have signs of a return early this year but the two or three hills never developed into anything else so I was spared a repeat performance. As the garden backs onto a golf course the logic is they went there but it's unlikely as golf courses can use insecticides to rid the ground of the moles' dietary source - worms etc - or compacting the ground, which collapses their tunnels.

Like my neighbour there is another small river that runs at the back of the golf course and an adjoining recreation area. Moles are present on the river bank but there are never any signs in between there and my garden, another very long dig if that is how they get here.

There are those who are sympathetic to the plight of the mole in these circumstances and state they are good for the soil, aerating and even rotovating it in their search for food; all well and good, but to use that soil you still have to eradicate Mr Mole.

Moles don’t feed on plants: they are carnivorous, feeding on invertebrates that fall into their system of tunnels. Any plant damage they cause is incidental to their lifestyle.

If you're inclined to get up early, you can catch them live by putting a shovel in the tunnel behind the mole when you see movement and catching him as he comes to the surface; alternatively, use a container in the tunnel and use the spade method to drive him into it. If you're lucky and have caught the mole you are faced with 'where do I take him/them?' as nobody wants them; you have a problem of disposal. Only once have I caught live moles; it really is hard work and very time-consuming; I then drove them out to a country lane and deposited them in a ditch. 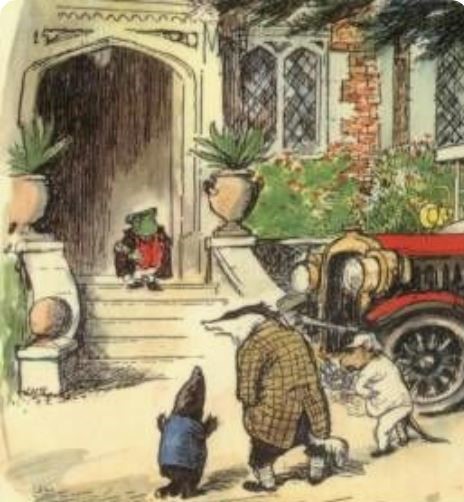 "A ride in the country - not quite what I had in mind!" 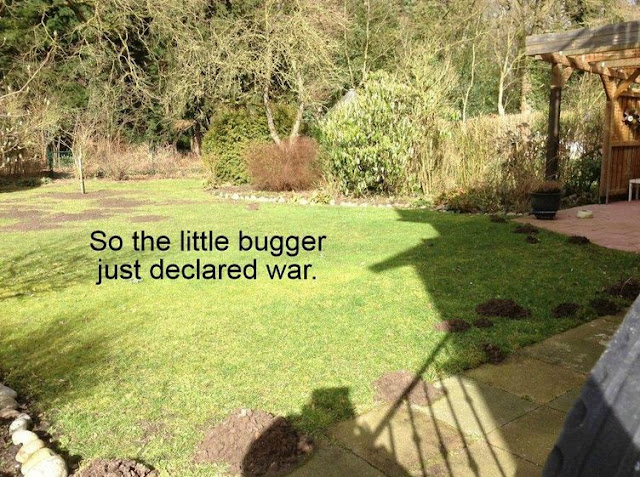 Above: a very good example of having got rid of them (maybe) in one area in the background, only to see the emergence of the mole hills elsewhere.

I had a dog that was a superb mole catcher.she would be walking along in front and then suddenly dive at the ground and frantically dig until she popped back up with a mole in her mouth.A quick shake of the head and a good bite and the mole was no more. Having dispatched the mole she was no longer interested and would drop it and walk on .