SOMETHING FOR THE WEEKEND: Photo Journalism (part 2), by Wiggia

The press photographer has been hit a lot harder than the photojournalist in this digital age. 'Citizen journalists' as the press now likes to call them (horrible term, conjures up images of Robespierre), who record on their mobile phones do have a role to play as mentioned earlier - the immediacy of someone on the spot is impossible to replicate; but two problems emerge: one is quality, a snatched shot which the majority are, with a poor quality mobile phone, may well have the immediacy but will lack all that a professional photographer can extract from the same scene; also many of these citizen journalists are attached to and travel with causes which means the view of whatever is recorded will be biased towards that cause.

The endless video recordings taken of protests etc, from the top of buildings and out of windows are not exactly front line journalism. Even if it is all that is available, we are losing something with this rush to save money and have the public supply all the images.

Back to photojournalists: some specialise in a subject all their working life, they become immersed in it as a daily task and build up significant and important portfolios over time. One such was Walker Evans who was not alone covering the great Depression in the USA but was probably the most prominent.

He is best known for his work with the Farm Security Administration (FSA) during the great Depression and much of his work is in museums' permanent collections as well as being in retrospectives.

This image of Allie May Burroughs taken in 1936 became a symbol of the depression and was widely distributed. 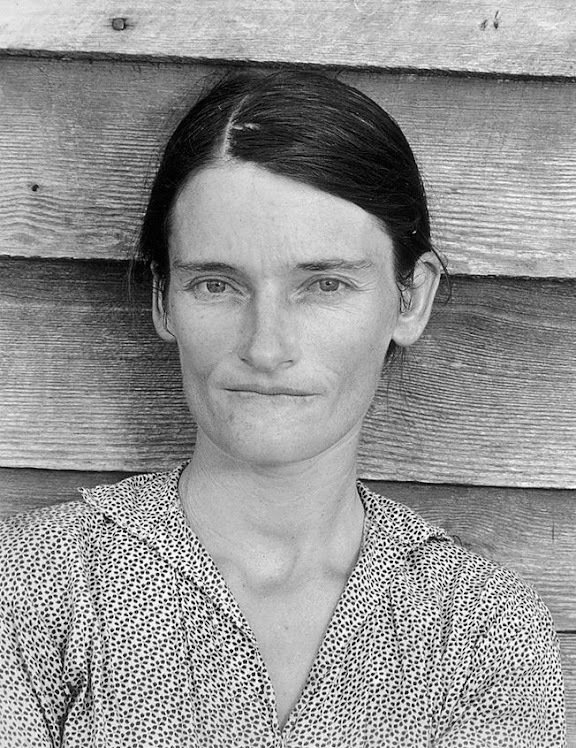 Several other also became symbols of this period including this family group:

When people today talk today about deprivation and ‘food poverty’ they should be made to take a good look at this image.

Evans spent some time in Havana before the depression and during this time met Ernest Hemingway. He gave Hemingway some 40 prints to smuggle out because he thought that the Customs would not allow what could be construed to be ‘negative’ images out of the country, but he had no difficulty taking his own prints out of the country. The prints he gave to Hemingway were found in Havana in 2002 and later exhibited; Hemingway had never taken them with him when he left. 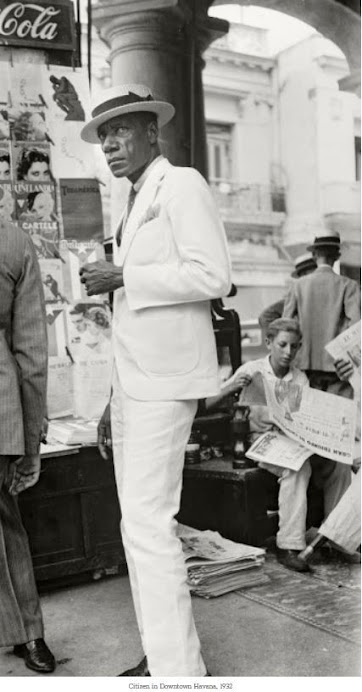 From what is here you could be forgiven for thinking that Evans was very much a ‘human interest’ photographer, but that is not totally accurate. He took some stunning shots of buildings in the deep South and more than one series of retail shop fronts, cafes and the like, plus a fascinating series using a concealed camera on the NY subway, but the Depression and those faces are his abiding legacy. This last one is not from the Depression but was taken in New York's 42nd Street in 1929. 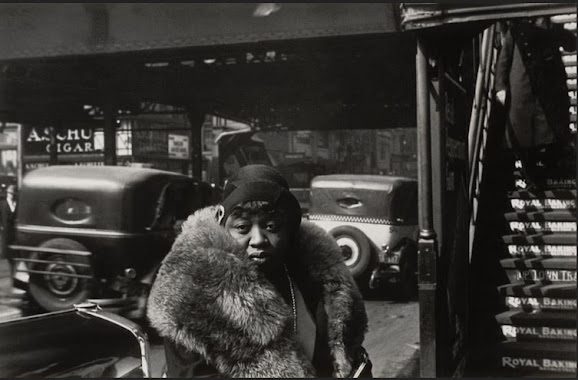 Larry Burrows was an English photojournalist who started in the art department of the Daily Express in 1942. After learning photography there, they were probably the premier newspaper for their photographic output at the time, he moved to an agency, Keystone, and Life magazine.

His break came with Associated Press when he flew in a De Havilland Rapide at an illegal low level, to witness the destruction of the Heligoland U-boat pens in ‘47. It earned him a spread in Life magazine and launched his career.

After spells including covering Suez he then covered the war in Vietnam from ‘62 until his death in a helicopter there in ‘71 when he along with other photojournalists were shot down over the Ho Chi Minh Trail, Burrows was known as 'the equipment man' as he travelled with a copious amount of camera gear.

Burrows could never be accused of not getting up close and personal to the horrors of war at great personal risk, a risk that finally took his life. 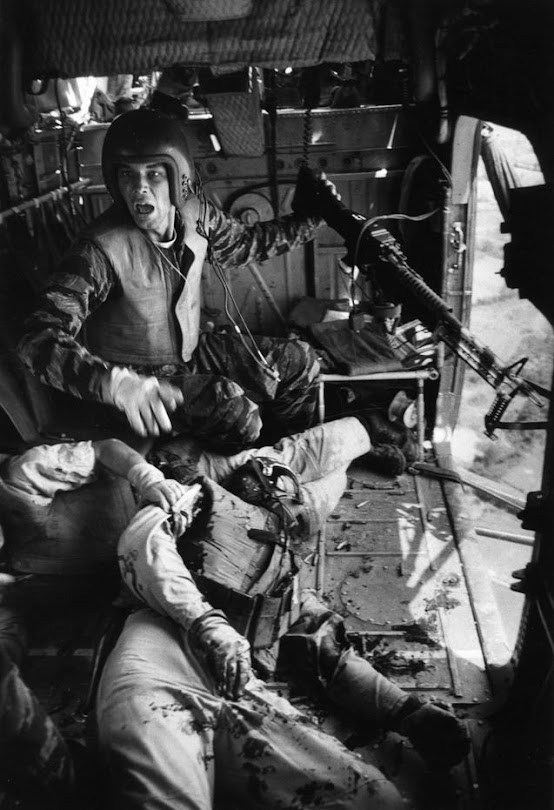 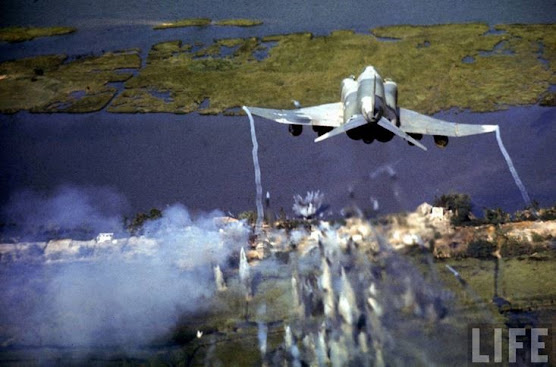 The work of Diane Arbus could easily be and often was categorised as the photographing of the freaks, the sub-normal of this world. On the face of it that is exactly what she did, but many of those in the marginalised groups she photographed were selected by her for different reasons.

She was the daughter of immigrant Russian Jews who owned a Fifth Avenue department store so she never went without as a child but that did not stop her recording those less fortunate during her photographic years. The Wiki entry for Arbus is long and interesting and needs reading to appreciate what was behind her photographs, some of which even today gave one an uneasy feeling when viewing, but that was the point of them. Her career started in fashion photography and celebrity portraits before her first foray into a different kind of street photography.

Suffering from depression and hepatitis she had huge mood swings and eventually took her own life at the age of 48; she left a note in her diary: ‘Last Supper.’ 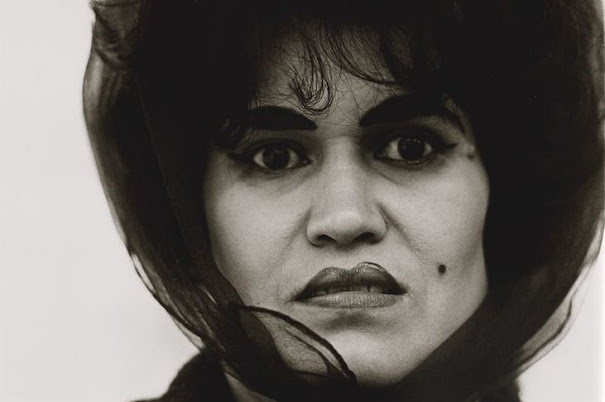 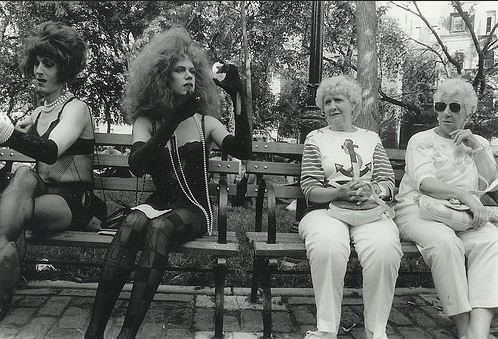 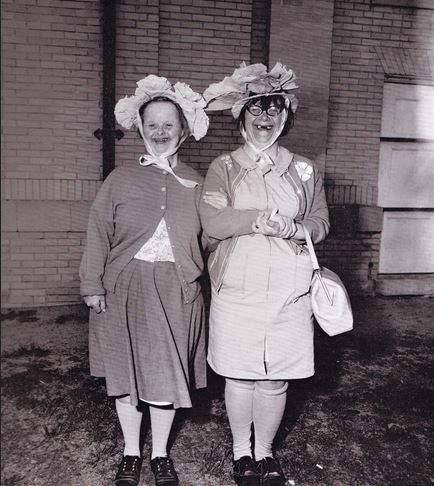 Another English photojournalist that covered the Vietnam war, as so many did, also had a portfolio of work from the streets and a large number of stars of the day and other illuminators. I shall stick with the others here as there is only so much of war chronicles we can take in one sitting, however good, .

Terry Fincher won an unbeaten number of Press Photographer of the Year awards. His career took off after accompanying British forces during the Suez crisis and later when with the Daily Express he did five tours of Vietnam and after that several Middle East and African trouble spots.

This image below of John Surtees on the MV Augusta stands out as a motor racing photo, as the face of concentration of Surtees is so well etched. Of course this was before full face helmets hid the face entirely, but none the less it is an outstanding image by someone not known for his capturing of sports. 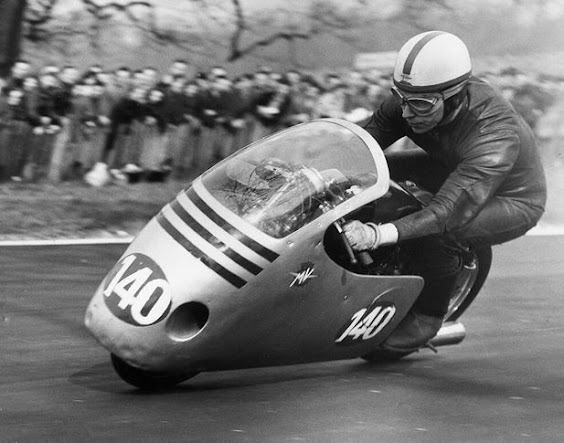 The one below of James Stewart has a personal angle: we lived a mile from this airfield and I took gliding lessons there, something I always wanted to do but never got round to, and then never completed! The airfield is owned by the Norfolk Gliding Club who rescued it from development and put out an appeal for funds at the time.

Stewart served with the Army Air Force and flew B-26 bombers from the base and when he heard about the appeal gave generously to save the airfield for posterity and the crews who lost their lives flying from it. The photo is from 1975 when he revisited the site; the renovated control buildings contain a bar with a large picture of Stewart above it from his days serving there. 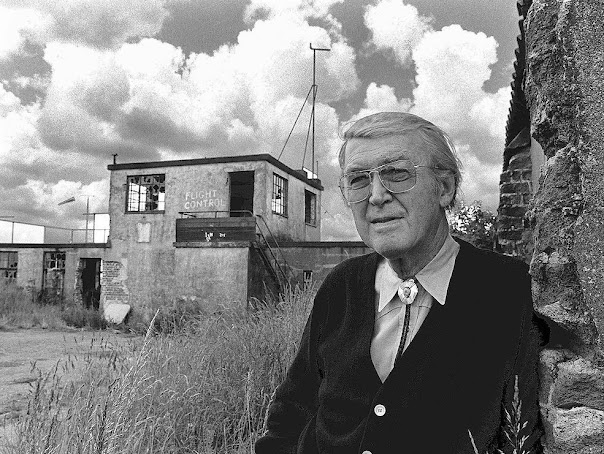 The next one prompts the question, did ’The Greatest’ Muhammad Ali ever take a bad photo? Probably not yet this one has a different angle and is still instantly Ali. 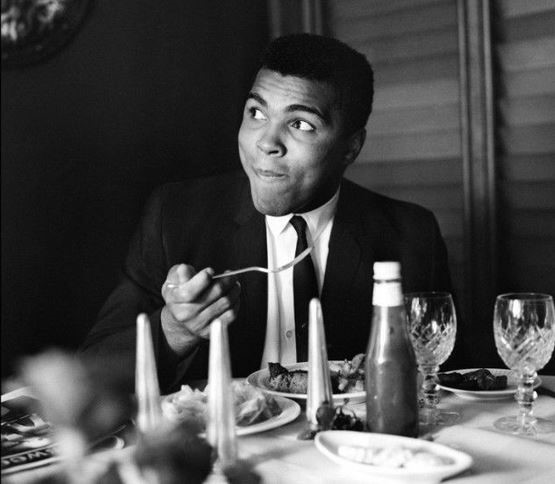 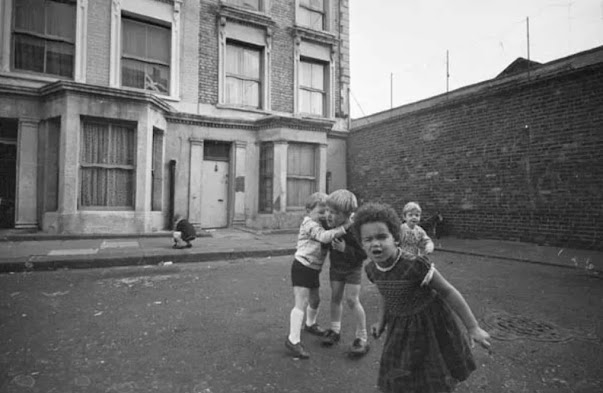 The image above was taken in 1966, it shows children playing outside the former home of John Christie the murderer, at No 10 Rillington Place. If ever a place lived up to its placement in history this one does, not exactly inviting; yet the children are obviously oblivious to its past.

It would have been easy to put up hundreds of images from those featured above never mind those left out, but I have tried as said earlier to keep it to photojournalists and not photographers, there is a difference in the way they operate.