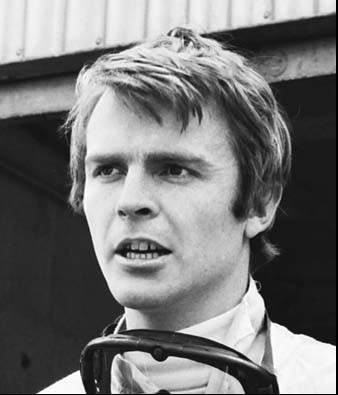 It would be disingenuous of me to claim I knew the man; I didn’t, yet I first saw him briefly in East London in 1962 with his father Sir Oswald Mosley at the latter's last appearance at a rally in the East End.

The publicity that naturally surrounded such an event drew the usual anti-fascists of the time and inevitably trouble broke out and the meeting was abandoned. Max was seen fighting to protect his father from being attacked and that was the end of it; well, not quite, he was arrested and charged with threatening behaviour but was released without charge after claiming he was protecting his father. Soon after, Max got out of politics.

For young people like me at the time Mosley's Black Shirts belonged to a pre-war era so this meeting was a ‘novelty’ in many ways, one which drew a few of us to go and see what it was all about. The police knew that trouble was on hand and had cordoned off Mosley’s truck from which he would give a speech from the back of with a megaphone, if my memory serves me correctly.

But not long into his speech, after a delay the trouble started and the meeting was abandoned, after which we went home none the wiser and Oswald Mosley disappeared from the limelight to live in France.

That wasn't quite the end of his political association with his father. A last-ditch rally in the East End in Brick Lane in ‘65 saw Max again in his father's company:

This is a picture I took at the time of the meeting in ‘62 taken on my trusty Rollieflex, of the thin blue line separating the factions at the meeting before it went off. Notice: no fat policemen, no midgets and no endless aids to controlling people. 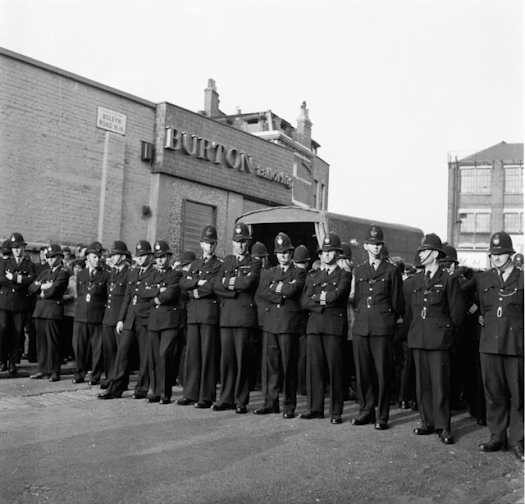 Max then went into law and studied as a barrister, qualifying in ‘64, specialising in patent and trademark law which was to become useful when he later took the reins at the helm of F1.

My brief and very expensive encounter with motor racing ended in ‘66 and I sold up what was left after a series of disastrous mechanical failures. Among the items advertised for sale was 'selected Ford engine block'; these were not easy to come by and I had a few offers, one was from a Max Mosley who had started racing in clubman's class in a Lotus 7 - these were full race cars not the road versions and nearly all had Ford Cosworth engines.

He later graduated to F2 before deciding he was not going to make it as a driver and going into race car production with MARCH engineering and later into running the constructors' association of F1 and then to the top as President of FISA.

But my little story is of when he came down, from Northampton I believe, to look at the engine block. He didn’t buy it but it sold anyway. What was interesting about him was coming from the background he had and visiting me still living at home on a council estate in east London there was absolutely no side to him; after deciding not to buy the engine block we sat on a wall outside the estate and talked for what must have been about 45 minutes about motor racing: naturally, his thoughts about what he wanted to do which he wasn’t set on at that time, and inevitably his family and his father.

I mentioned the ‘62 meeting in Dalston were he was charged but released over assault and he just smiled. He said he saw little of his father now his parents were living in France, but not once did he malign his father in any way. My impression of him from that meeting was of someone with a lot of charm and a quick mind. We shook hands and he left; that was it, a small moment in life that left a very favourable impression, despite all that went before and later, that I always remembered.

And like so many other things it is difficult to believe all this happened nearly sixty years ago. Where has it all gone ?

I went to a couple of Oswald Moseleys meetings in Birmngham, must have been sometime in the early 60s.I was appalled at what he was calling for and equally appalled by the reaction of the left wing mob who kicked off in the Town Hall meeting.I decided that extreme politics was not for me and I had no sympathy for either side. By way of contrast I heard Duncan Sandys and then Sir Keith Joseph address meetings and was impressed by the calmness and logical expression of their arguments.