SOMETHING FOR THE WEEKEND: A tale of excess, by Wiggia

All of us of a certain age have got involved in conversations about what we had as kids as opposed to today, the usual hard luck stories would emerge and then people would make jokes that reduced their own level of receiving to something like, and at the time I thought it funny, “all I got for Christmas was a quire of old newspapers and a packet of crayons” - the fact that 'quire' was in the sentence dates it but you get the drift.

And it is true we certainly never got the items today's kids do or adults come to that. What did we get? Well, virtually nothing other than on birthdays or Christmas. I was quite fortunate in getting a Hornby train set one Christmas and how I cherished it, it really meant something and was played with for years; other notables were some nice Dinky toys and a wonderful large scale clockwork Foden truck that I kept well into my late teens and simply lost track of it - where it went I do not know, quite valuable today.

In general, though, apart from a couple of pennies to go and get some flying saucers or a giant gobstopper that changed colour over hours and your tongue with it, all presents or gifts were reserved for the two occasions above. I was unfortunate in this regard as my birthday is three days after Christmas so I got combined presents, hmmmm!

Why have I come up with this? Well, it was something that I could not help notice in recent weeks whilst house hunting (yes we COULD finally be moving after the longest running saga since the Forsyte one.)

It wasn’t that I hadn’t seen sights like this before; it was seeing so many and so much. Almost every family house we viewed with children had rooms absolutely stuffed with soft toys, games, toy soldiers, expensive electric items and all in the case of the girls in very pink rooms and in the boys autographed footballers prints on the wall and the child's name emblazoned above the bed – “Thabita” said one, no Mary or Ann these days. 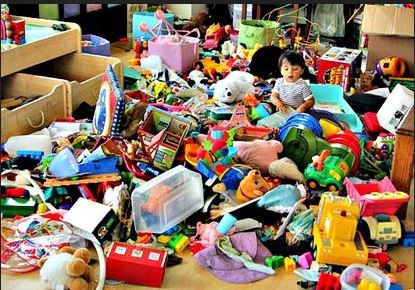 Thabita had a lot more than this, I saw it all.

But it didn’t stop there. In the last house we viewed, not the one we hope to move to, the garden was an obstacle course of children's apparatus: the now obligatory caged trampoline, a climbing frame, a full sized slide, two different sized paddling pools (one in the shape of an alligator – no, me neither) and numerous other objects I could not put a handle to. It was like the children's play area in the local park; why so much? 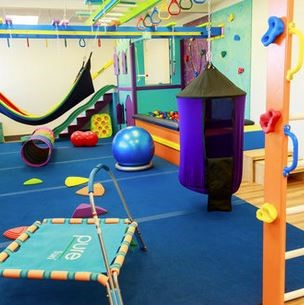 The worst case of excess I have seen was with a client of mine whom I worked for on and off over eighteen years with his four acre garden, very nice people and he a very successful business man for a world-wide company. They only had one child, a boy, who I saw grow up over those years. What was lavished on him had to be seen to be believed: as a kid he had every single piece of Action Man and would be given every new piece as it became available, he had three different battery powered kiddy cars, when he started to kick a football he was kitted with dozens of shirts, some obtained from the company’s foreign offices where the CEO would send for instance a Brazilian official team shirt signed by Zico or someone, and the same with Inter Milan and many others now forgotten. He even had his own small fridge in the playroom he had, stuffed full of his favourite ice lollies he could help himself to at any time.

Whether all this as a child had an effect I don’t really know but he grew up to be an obnoxious teen who at private school despite having private coaching and a bowling machine installed on the family tennis court still could not make the first team. There was a lot more I saw over the years but you get the drift: every day was Christmas. 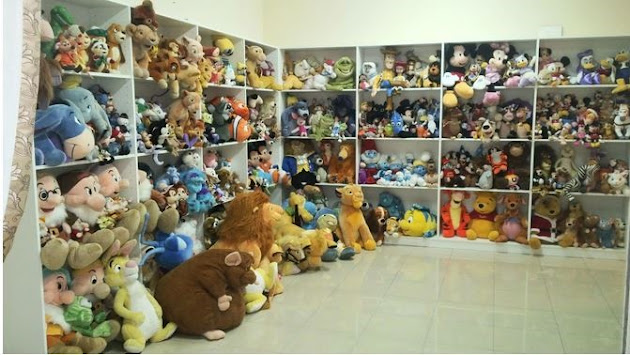 Now few parents have the wherewithal to give on that scale, yet what I have observed in these last few weeks means they all think the same but on a different scale of expense. The sentiment is the same: to give on demand, or not even wait for that request.

There is nothing wrong with parents wanting to help their children or give what they can to their kids but the scale is obscene in many cases and not that small a percentage if what I saw is to go by.

So yes, things have changed since my child hood. Obviously my parents did not have the resources to shower me with toys after the war, nor did the majority of parents. Given the living standard of today would they have replicated the excesses I have observed? We will never know of course but I doubt many would, it was a different mindset then and the parenting was very different as well, the ‘do what they like’ approach had not yet started. It is indeed a very different world.

And yes, I have seen more than one like this

Running parallel to what the kids have was the the stuffed garage. It seems few use a garage any more for keeping a car in, so many I viewed were stuffed to the gunwales with dead gym equipment, bicycles, more electronic equipment, an amazing amount of discarded musical instruments like electric pianos, drum kits, various outdoor cooking ranges and barbecues, boxes full of clothes, boxes full of toys, boxes full of you name it, a wonderful example of the consumerist society we now are. 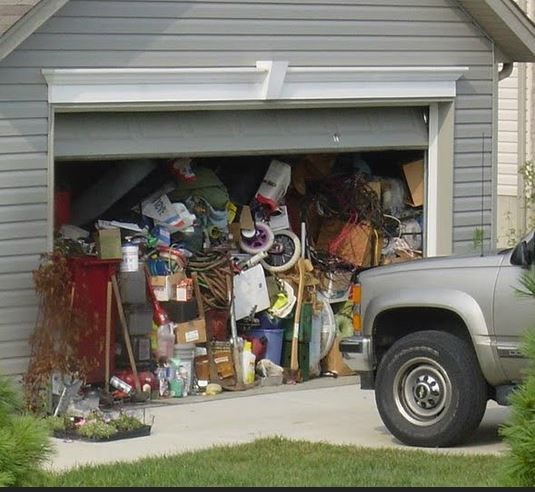 Now we all have too much stuff but I can get in my garage and park the car there and I think I have too much stuff; obviously not. I must make a bid on that exercise bike I saw on eBay, I am sure it is the missing piece in the jigsaw of my life.

Now, the toy stores are failing, largely because what most kids want is electronic and ethereal.

I've been considering a post like this for some time, so many thanks for reminding an ageing Scrobs!

Just recently, the brakes on my bike (electric - I am 73 and hills are much steeper these days), began to slow me down less, if you see what I mean, and |I needed to take them apart and fit new blocks to the rear wheel. But the front wheel has a disc brake, and this was all new territory!

And this is where your post kicks in, as I was the proud owner of lots of Meccano as a lad, having been given a set when I was about nine. I spent all my pocket money and holiday money earned in hop-picking, on new gears etc, and was always in my element!

Using the recall of how one made up gears, cams etc., the brake came apart as easy as anything, and it did in fact need a quick glance at YouTube for some guidance, but I'd found most of that anyway.

So all those years of making cranes, motorised windmills etc., eventually saved me a squillion splonders at the bike shop, and she runs as sweet as a nut now!

My girls gave me a set of Meccano for my sixtieth birthday...

...I must get it out again, and makes something...