Some memorable events (via Wikipedia):
13 November: 'Ten days after pressure blew the cap from a natural gas well in the Sahara Desert in Algeria, the "world's biggest fire" started, sending flames 600 feet high. Firefighting expert Red Adair would extinguish the blaze on April 29, 1962, with 660 pounds of dynamite.'
The finale is here (no sound); Adair's own four-part account starts here.
14 November: 'The Shah of Iran gave Iranian Prime Minister Ali Amini the go-ahead to begin the "White Revolution", a comprehensive series of reforms aimed at improving education, combating poverty, and eliminating corruption over a period of ten years.'
16 November: 'Dr. John Lykoudis, of Missolonghi in Greece, received a patent for the antibiotic medicine he had devised to effectively treat peptic ulcer disease, thought at the time to be caused by excessive stomach acid rather than by bacteria. However, he was rebuffed by the Greek government in attempting to obtain trials and approval of the medication, which he called Elgaco, and by medical journals. In 1983, three years after Lykoudis died, Drs. Barry Marshall and Robin Warren would confirm that ulcers were indeed caused by a bacterium, Helicobacter pylori, which thrived in acidic environments.'
17 November: 'The first successful launch from an underground missile silo was achieved by the United States, with a Minuteman-I missile being sent up from Cape Canaveral, Florida.'
More on the Minuteman program here: http://npshistory.com/publications/mimi/srs.pdf
18 November:  'West German pediatrician Widukind Lenz of Hamburg appeared delivered his findings at a meeting of the German Pediatric Society, making the link between the morning sickness pill thalidomide and phocomelia, a birth defect causing missing limbs. Dr. Lenz found that in 17 out of 20 cases of defects that he had investigated in Hamburg, the mothers had used the medicine, marketed there under the name Contergan. By contrast, there had been only one case of phocomelia out of 210,000 births in Hamburg between 1930 and 1955. A reporter at the meeting broke the story the next day in the German national Sunday paper Welt am Sonntag. 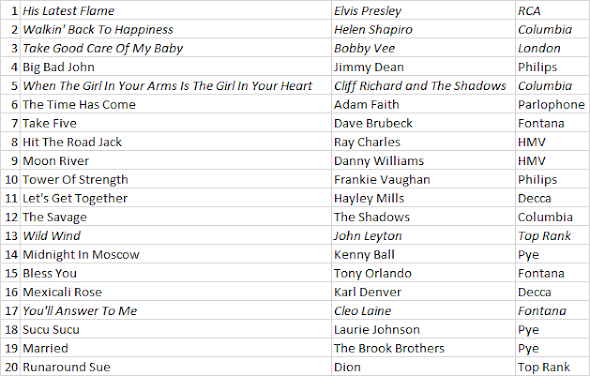