A few brief impressions after visit to El Palacio de El Escorial (on a day in winter, hence the lack of 'real' tourists):

El Escorial is the palace built by Philip II of Spain and is situated about an hour's train ride to the north-west of Madrid and one winter's day we decided to go and do the 'touristy' thing and look around but this is not a tourist guide to the building, it is more of an impression of what we found there.

and here (in English)

The palace itself is huge and very impressive in every way; here you can see the scale of it: 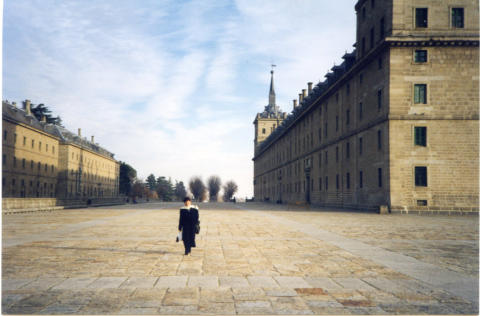 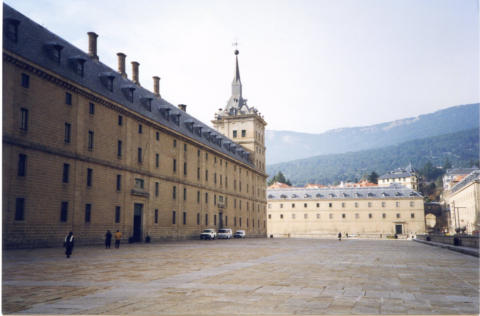 First thing you see inside is a small display of architectural artefacts including some of the original drawings as well as a scale model of the wooden cranes used in the construction. It is easy to forget that before the industrial revolution everything had to be done by hand and lifting heavy stone blocks required a combination of hard labour and ingenuity. 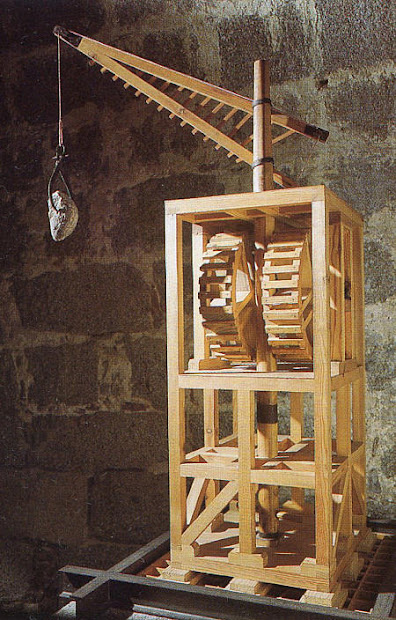 The royal apartments are surprisingly small. The King's bedchamber is centrally placed within the building and very cleverly designed; from his bed he could see the surrounding countryside through two balconied windows and looking the other way he could see through his private chapel to the Basilica's high altar. 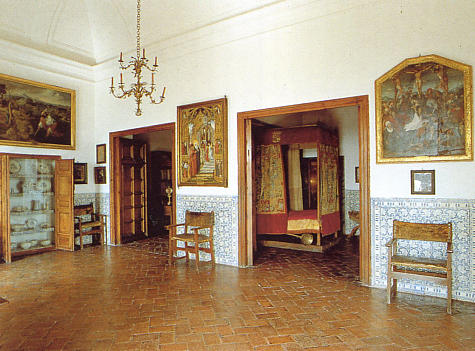 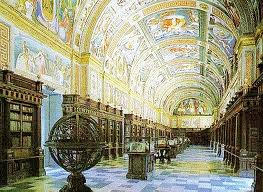 All of the rooms are beautifully designed, furnished and decorated but none more so than the Biblioteca. Despite a huge fire which destroyed part of the collection, there are still some 40000 manuscripts and books in Latin, Greek, Arabic and Hebrew. Some of these are open and on display in glass cases. The ceiling fresco is by Pellegrino Tibaldi http://en.wikipedia.org/wiki/Pellegrino_Tibaldi
and, in my view, is much more impressive than the other frescos elsewhere in the building.

The Pinacoteca (art gallery) is divided into four rooms and displays works from the 15th, 16th and 17th century including this wonderful masterpiece by Rogier van der Weyden:

When I saw this painting I almost fell over because of the disorienting use of colour - red, which is a colour that comes forward, is used as a background and the two foreground figures (and two others on separate panels at the sides of the main picture) are bluish grey which is a receding, background colour. It appears as though there are four statues standing in front of the painting. The effect is startling and is not seen to quite the same effect in reproduction. You need to go and see it for yourself but don't blame me if you fall over; you have been warned!

Down in the Pantheon are the tombs of Spanish kings and various notable figures of Spain's history including the famous Don Juan (http://en.wikipedia.org/wiki/John_of_Austria) - the most handsome man in the world (so I am told!)

Part of the building is still used as a school and you have to admit that is one magnificent playground! 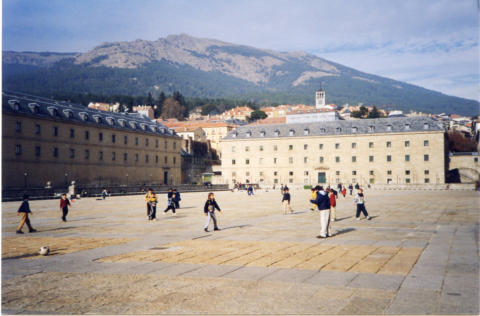 Shortly after this picture was taken an elderly tourist decided to join in, just to show these small boys how.... and with a muttered 'Dios mio' my compañera headed for the chapel to beg forgiveness for my foolish ways. 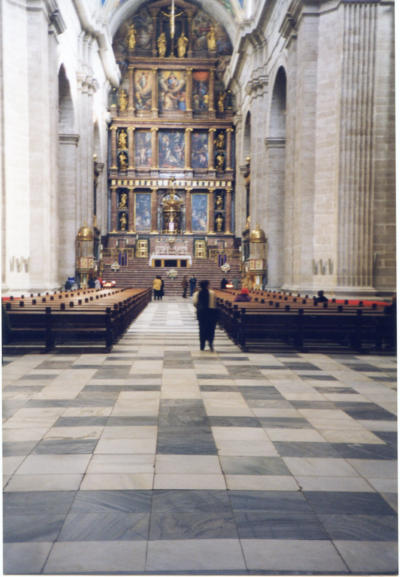 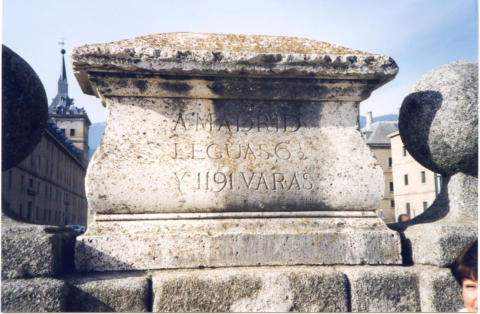 The return journey was my first and (so far) only ride on a double-decker train. Why don't we have things like that in this country?

While you were up there you could have done a twofer by visiting the Valle de los Caídos just up the road. Pretty impressive in its own way.

Trains.
Cos we were first and everything was scaled to coach and horse size. Search for NASA and horses backsides.
Then we decided that rather than go round hills and mountains the long way we would have tunnels, Once tunnels were created, Health And Safety decided that we are not going to do that again cheaply.
Then Spain is blessed with large flat plateaux so they can can make coaches huge. No tunnels and few bridges. Helped by having low platforms that require ladders to get you in and out of coaches.
I. K. Brunel was right. Forget chariot wheel separation and start again sensibly.

Thaks, Doonhamer, I'd forgtten the horse and cart roots of it all!