A Trendy Moniker, by Wiggiatlarge

When I was young a double barrelled surname would indicate someone from the upper crust, rarely did the lower reaches of society lay claim to such a fancy moniker.

The origins of such grandiose surnames goes back in time to when in this country the second surname was incorporated for heritable reasons, when there was no male descendant bearing the name and otherwise it would have become extinct.

In other countries there are other reasons for double barrelled surnames but that does not concern us here.

The use of a hyphen in all cases is optional and at the discretion of the people involved. Some families have both the hyphenated and the non versions in another branch of the family; the non hyphen versions cause the most trouble as often the first of the two surnames is taken as a forename.

There are even triple and quadruple barrelled versions; almost all involved landed gentry consolidating estates by marriage.

Why would I be interested in this rather arcane practice? Well, strangely I have a brother whose son has a double barrelled surname. Why they inflicted that on him with my surname as it is, is a mystery, but the business name of my brother and his wife (they live in Switzerland) is double barrelled and they for reasons of their own have given the son not just the double barrelled surname but a forename he will not thank them for in his adulthood; strange world.

But the current trend in these surnames has exploded of late. Watching Match of the Day I could not help but notice the number of footballers with double barrelled surnames emblazoned with difficulty across the back of their shirts; it now seems every Premier League team has a least one in the eleven, some have two or more. I am not really sure why; perhaps it has something to do with the growing preference for adult 'partnerships' over formal marriage. It is almost as if the non-primary-carer parent is staking a claim by imposing this naming. I could be wrong but there is a prevalence in that group of players; one of the first I noticed was Arsenal player Ian Wright's son, Shaun Wright - Phillips; in this case it is for the purposes of identity as Ian has eight kids by four mums ! Plus Shaun was adopted, all very complicated.

But I would assume that is not the norm ? and is there now a trend in taking two surnames simply because you can. Football would be a natural proving ground for such a trend, perhaps the tattoos and ridiculous haircuts have had their day, and the more trendy footballers or their parents are looking for the next thing, double barrelled surnames. We have after all had plenty of celebrities lumbering their offspring with forenames that beggar belief: certain pop stars and the likes of Jamie Oliver showed complete disregard for their offspring, planting names on them that should never have seen the light of day and will provide ridicule for years ahead for the poor kids, you have to have a serious deficiency to do that to a child.

Of course in the USA they have had the strange habit of naming kids in subsequent generations with the same name as the father and as the generations also have children we get the addition of Roman numerals after the names, the second third fourth etc. God help us if this is revived and becomes trendy here and is tagged onto double barrelled surnames, footballers will have to have enough room on their shirts for a paragraph.

Having a surname that is unusual, well it is in the South, has its moments and I remember a man I worked with in the sixties whose surname was Badcock who spent his time on the phone pronouncing it as in Cockburn's Port; the problem was nobody ever approached him and said that, it must have been a nightmare.

Names can be fascinating. Often they have a historical context and are a rich source of the English language. But they also promote an image: who after all would go and see a film star called Bernard Schwartz (Tony Curtis), or Archibald Leach (Cary Grant)? Not quite the same ring to them there.

And I finish with an oft told true story from my misspent youth. One of my friends had the use of his governor's MK 10 Jaguar at the weekends, but only for himself and direct family, all else was forbidden. But this weekend it was decided that four of us including the driver would go up west and have a night out in said car. All went well, until returning home: just a hundred odd yards from where we all lived we were stopped by police for the obvious reason - it looked dodgy having four youths in such a car.

The usual questions were asked and the driver was near breakdown as he saw this as a way to lose his job having broken the rules of usage. Anyway it then got to the stage of wanting the names of all the occupants and one by one we furnished them: the driver was Irvin Levy, the next was George Archibald, the third was (later my best man when I married) Lew Finesilver - it was a very Jewish area, you may have gathered - and lastly myself, John Wigglesworth. Having reached myself the plain clothes officer threw his notebook down and said, “Stop f****** about, now give us your real names,” and threatened us bodily harm if we didn’t. After much protest I was allowed to hot foot it across the road to get proof of identity from my parents' flat and all was grudgingly accepted.

Names, they can get you into a lot of trouble ! 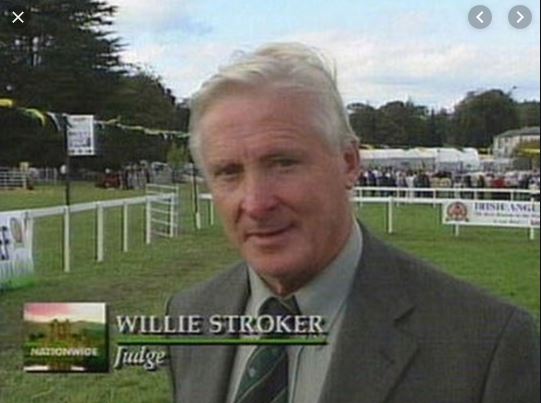