On me fait tort 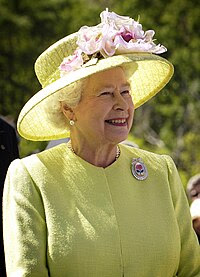 In the Post Office just now, I glanced at the leaflet rack and there were all these savings products labelled The People's Instant Saver etc.

I remember watching Tony Blair announce the death of Diana, and how he half-choked on "the people's princess", as though some wiser part of him at the back of his throat was trying to save him from a ghastly, laughable gaffe. He seems to have got away with it, though (as my wife pointed out at the time) she was the daughter of an Earl. (Note, by the way, how his speech began the first two paragraphs with the first-person personal pronoun. Everything was always about him, was it not?)
I suppose this is all part of the Gramscian cultural deforestation in preparation for the Garden of Eden that will be Cool Britannia. I also suppose that when we have become the PRGB, the country will be disunited and the people will have less say than ever.
If, by then, we have enough money (for clearly that's all that matters, now), we may move to Jersey, which at least recognises Her Majesty's rule under her title of Duke of Normandy. When we visited there years ago, we learned that as in ancient times, if you feel you have been wronged, you may make an appeal direct to your ruler: you drop down on one knee, spread your arms and call out "Aro, aro, aro, mon Prince! On me fait tort!" The Jersey Council must then hear your case.
But Her writ does not run here, or will not for much longer, if we continue in this direction.