Elvis leaps straight in at #3 with 'Wild In The Country': 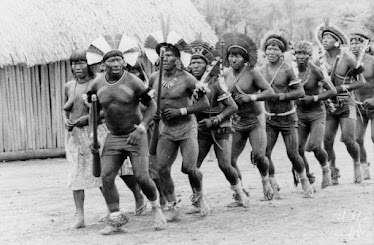 3 September: Richard Mason, a 26-year-old British explorer in the central Brazilian Amazon forest, is ambushed and killed by a hunting party of the Panará tribe, who have had no previous contact with the outside world. Contemporary newspaper report here:
https://news.google.com/newspapers?id=ZixgAAAAIBAJ&sjid=bW8NAAAAIBAJ&pg=3565,1132400&dq=richard+mason&hl=en
The fierce Panará, once numerous, were decimated by diseases brought in by foreigners, and were forcibly shifted from their territory to make way for mineral extraction businesses. Since then, they have recovered some of their traditional lands.
https://pib.socioambiental.org/en/Povo:Panar%C3%A1
Also 3 September: the UK and USA propose to the Soviet premier Nikita Khrushchev a ban on atmospheric testing of atom bombs; Khrushchev rejects the proposal and two days later President Kennedy announces that America will end its own moratorium on such tests. The three countries will come to agree the Partial Nuclear Test Ban Treaty in August 1963.
https://en.wikipedia.org/wiki/Partial_Nuclear_Test_Ban_Treaty
6 September: Afghanistan breaks off diplomatic relations with Pakistan. The USA has been selling arms to Pakistan since 1954 but not to the Afghans, for fear that arms would be used by the latter against Pakistan. The Afghans have been preparing to ship their two major export crops (grapes and pomegranates) through Pakistan to India but now cannot, so the Soviet Union offers to ship the perishables by air.
In 1962 China defeats India in a border war and forms an alliance with Pakistan; this has the effect of strengthening the relationship of Afghanistan with the Soviets and India.
Afghani-Pakistani diplomatic relations are restored in May 1963, but by then Afghanistan has become dependent on the Soviets for aid.
In 1978 there is a Communist takeover of Afghanistan, strongly resisted in traditional rural areas; in 1979 the Soviets invade in order to support the government, and instal a new pro-Soviet leader in Kabul; in 1980 there are international calls for the withdrawal of Soviet forces, and the US (via the CIA) and the UK are supporting the anti-communist Mujahideen rebels. And so on.
https://en.wikipedia.org/wiki/Soviet%E2%80%93Afghan_War#1960s%E2%80%931970s:_Pakistan_proxy_war
8 September: France's President Charles de Gaulle escapes one of numerous assassination attempts, this time a bomb placed on the road that he took from Paris to his home at Colombey-les-Deux-Églises. An inflammable mixture exploded in flames as the car passed over, but the major element of the weapon (eight pounds of plastic explosive) failed to detonate.
The gang responsible is under the control of former general Raoul Salan, using terrorist acts to campaign for France's retention of its colony Algeria. Tried the next year, Salan is surprisingly spared the death sentence, the court citing undisclosed 'extenuating circumstances':
http://news.bbc.co.uk/onthisday/hi/dates/stories/may/23/newsid_4340000/4340769.stm
Another attempt by the OAS is made later, in August 1962, an ambush on the President's car using machine guns, as shown in the feature film 'The Day Of The Jackal'; the organiser in this case is tried and senteneced to death, but reprieved and eventually amnestied:
https://www.nytimes.com/1973/09/02/archives/the-real-jackal-his-only-regretnot-to-have-killed-de-gaulle-1.html