At #6 this week, 'Michael Row The Boat' by The Highwaymen (and also at #7, by Lonnie Donegan!) 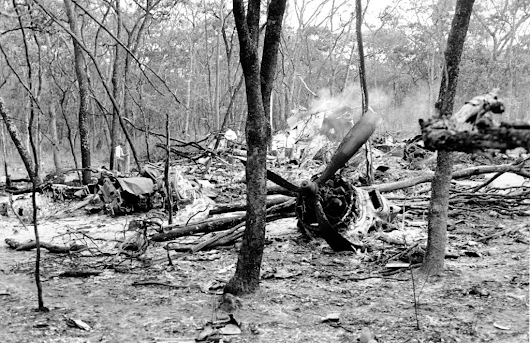 18 September: 'Dag Hammarskjöld, the Secretary-General of the United Nations was killed when his plane crashed while flying from Leopoldville in the Congo, to Ndola in Northern Rhodesia...
The sole survivor, U.N. Sgt. Harold Julien, was able to tell investigators that Hammarskjold ordered the pilot not to land at Ndola, and that there had been a series of explosions.'
One theory, investigated in a UN report from 2019, is that the plane could have been shot down.
Also 18 September: 'For the first time, troops from North Vietnam seized control of a provincial capital in South Vietnam, capturing Phuoc Vinh in a predawn attack, only 55 miles from Saigon. The ARVN recaptured the city the next day, but not before the Governor of the Phuoc Thanh province was publicly beheaded, along with the top military officers, and the government buildings burned.'

19 September: 'Voters in Jamaica elected to withdraw from the West Indies Federation by a margin of 251,776 to 216,371. With Jamaicans comprising more than half (56%) of population and a majority of its income, the result was the end of the Federation, and, eventually, 12 independent nations.'

21 September: the OAS bombs the television station in Algiers just before President De Gaulle is about to broadcast; the rebel leader Raoul Salan then transmits 'a speech on the same frequency, taunting de Gaulle and calling for demonstrations against the separation of Algeria from French rule.'