WEEKENDER: We’ll Have to Kill Him, by Wiggia

Anyone who has watched it’s a Mad Mad Mad Mad World, will have viewed the scene where Jonathan Winters loses it and destroys Ray and Irwin's garage. At one point in desperation Ray turns to Irwin and says “We will have to kill him.” They fail, of course.
This last week has been a bit like that. After my last piece on the WHO it appears many have grasped what is being proposed and have come to the same conclusion. Naturally many who have a stake in this madness have given us a watered down version of the treaty and said it is not yet written in stone.
That may well be, but as the general public have no say in this it will be too late should the ultimate version be put into effect.
Still as a reminder of what we are up against, further statements and videos have come to light.
Remember this as a starter, later to become a classic reverse ferret and we are supposed to believe in the science… 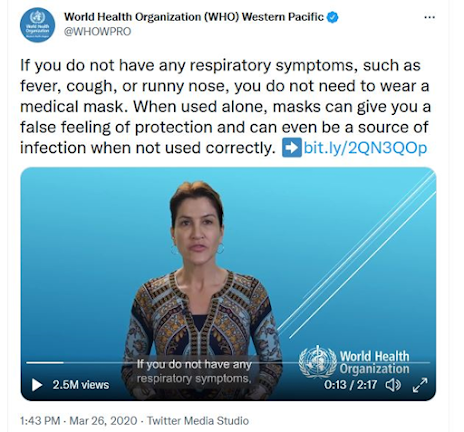 Naturally no one mentions the dubious head of the WHO, one  Dr Tedros Adhanom Ghebreyesus, an Ethiopian with a rather chequered past - see under Election Campaign and other matters.
https://en.wikipedia.org/wiki/Tedros_Adhanom_Ghebreyesus
And needless to say he has a close affinity with a certain Klaus Schwab… 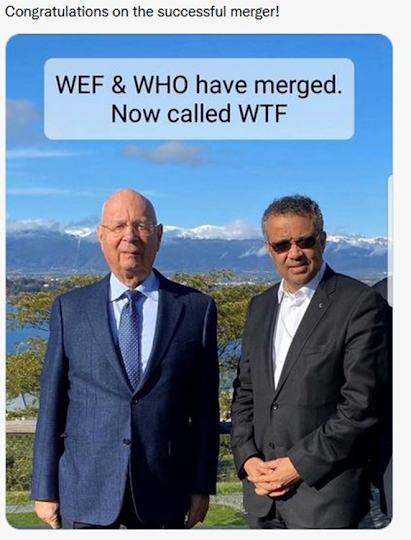 Two people I would not trust to run a food bank let alone world affairs, yet world leaders flock to their gatherings.
With the Chinese having a major input and Bill Gates treating the WHO as a subsidiary of his Bill and Melinda Gates Foundation as he funds most of it, this is not an impartial organisation despite being under the ever more useless United Nations. We have every right to be worried.
Neil Oliver, as usual, sums it up better than most:
The pandemic has certainly afforded these organisations the opportunity to advance their cause while most of the world had other matters to attend to and still does.
From a personal point of view I can see a trend that started near the beginning of the pandemic, and that was the distribution of vaccines by the richer countries to the poorer ones. Looking after our own looks ever more so last year. You can guarantee a ‘fair’ distribution of vaccines paid for by us will be baked into any treaty and signed up to by bankrupt states.
This fair distribution of wealth and everything else is behind the WEF agenda. The ‘you will own nothing and be happy’ phrase touted by Schwab doesn’t sound quite the ramblings of a looney in the Swiss Alps any more rather the beginning of the great reset, whatever that might be. Far too many of our elected leaders seem happy to play ball with unelected individuals, organisations and have them on board.
It will be interesting to see if anyone who is supposed to represent us will actually mention any of this?
Elsewhere the NHS continues its downward spiral with reports of crumbling infrastructure everywhere. Nothing new in this, we are the nation of crumbling or non-existent infrastructure as I pointed out in a previous article. With the vaults empty we can only hope the government does not revive the disastrous PFI initiative in an attempt to look good before the next election.
The Hospital in Kings Lynn not far from here is a classic example of a building not fit for purpose and hasn’t been for decades. 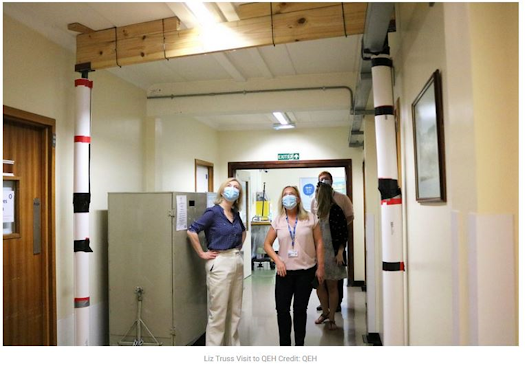 This is one of three local hospitals built in the Seventies to a price! And all have a concrete with a best before date that has long past.
https://eastangliabylines.co.uk/crumbling-concrete-in-our-regions-hospitals/
Must be reassuring to lie in a bed post op wondering if the ceiling is going to collapse. Envy of the world, hmmmm!
It beggars belief that without a new hospital very soon bills could come in to this level to maintain the current structure.
“The QEH has been given £20m by the government for urgent repairs. Its roof will cost an estimated £550m to maintain for another 10 years - almost as much as the cost of building a new hospital.“
Like the potholes, putting off the inevitable always costs the taxpayer a lot more.
Bureaucracy has doubled since the outbreak of the virus we are told. With the NHS top heavy anyway in this area, are we surprised? Front line staff meanwhile remain static in a population that is increasing by a minimum of half a million a year with migrants.
https://www.thetimes.co.uk/article/29f0a722-d4a4-11ec-bb99-1bcd45646516?shareToken=0f0c78a4c30cff3b8947f091c05e29c3
Even the BMA, normally anti anything the government recommends, has acknowledged the fact that we are overburdened with pen-pushers.
https://www.bma.org.uk/bma-media-centre/nhs-bureaucracy-spending-figures-will-be-galling-for-frontline-healthcare-staff-says-bma
They also have had some damning reports on hospitals ‘never’ events which are on the rise. Strange choice of word, 'never', when it keeps happening, but still.
The NHS are also guilty of cooking their own goose. With waiting lists getting ever longer for everything and no sign of an end game, they then advertise for people to come forward with problems such as a possible cancer; they get a large response because they have failed to treat anyone for two years then tell the same people they will have to go on the ever-lengthening waiting lists. True, they are stuffed, but advertising as though one can come forward and get treated when the truth is something else does seem to be a waste of money and just virtue-signalling. 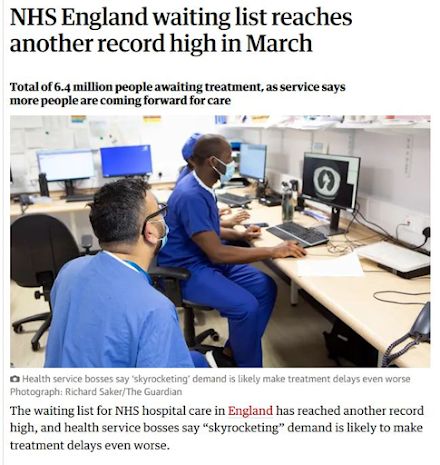 Yes, of course people are coming forward: you asked them to.
It has been yet another good week for the non stop nonsense we call news these days. I finish with Nancy Pelosi, that plastic pneumatic octogenarian still tottering around on six-inch heels who has threatened through her dentures to cancel the trade deal between the USA and our nation if the changes to the NI protocol go ahead.
I am pretty sure she has no idea about any of it other than what she has been briefed on and as there is no trade deal to cancel as they won't give us one anyway she can be ignored for what she is, another addled politician hanging on for what can be leached from the nation.
Two of a kind, how did we get here…?
Perhaps Ray and Irwin were correct, there is only one way out of this as they suggested in the opening clip; but they will have to use the plural.