A short everyday story: last year after Christmas the long-serving Christmas tree had passed into the distinctly tatty phase and bits were dropping off. Time for it go to that place in the sky that is occupied by retired Christmas trees. The wife says we will have to get another one for next year and I said with luck we will not be here.

Of course, we are still here. The local independent garden centre has a loyalty card - who hasn't? - and I mainly use it when I buy compost, they do a good range and you get a further discount and I use a lot of the stuff here in my far too large garden and dozens of giant pots accumulated over time.

The GC sent a mail out saying they were holding a special open evening for card holders, today 4 till 8, and as with all garden centres they are doing a special meal at a very good price, plus you get a free mince pie when you go in ! The evening has 25% off all Christmas decs so the wife cottons on and a date in the diary is marked.

Not having been to this bun fight I said we go at four, get what we want and get out, mission accomplished. They do by the way have a excellent section for Christmas decs etc, as good as I have seen anywhere, so off we go.

As we arrive there are cars blocking the entrance and the road trying to get in plus the usual numpty who having got just inside the gate is looking for an empty space there and then and to hell with the traffic tailing down the road. I nearly turned round and went home, but the wife insists we go in so we do; there is not a parking space anywhere at four ! But they have a retail village round the back with its own car park so I make for that and lo and behold we are in luck: it still had a few spaces empty.

Back into the garden centre, where at the entrance to the main building is this enormous queue. Again I want to go home but as we have come this far in we go, me under duress. The queue is on one side and we went straight past and in. Once inside the reason for the queue was obvious: it was for the free mince pie. There were two people giving out the mince pies on the showing of your loyalty card and there were two platters piled to the sky with the crusty objects. Everywhere you went people were eating bloody mince pies, it is amazing what the offer of something free, even as mundane as a mince pie, does to the general public psyche. Mayhem! 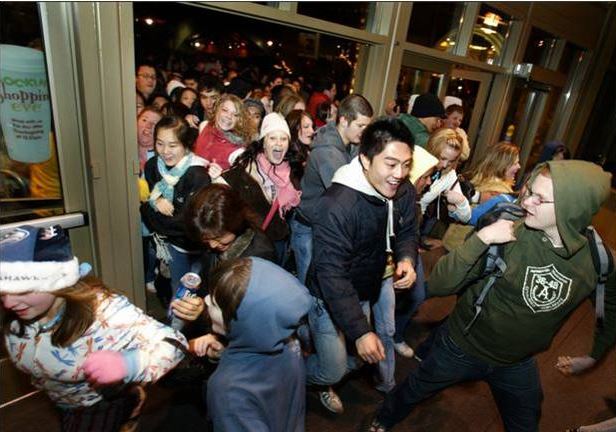 The place was packed and before the wife got sidetracked inspecting gnomes and furry animals for the tree. I suggested we get the tree and the lights plus any "essentials " and get out. Reluctantly she agreed as she was already edging down the colour co-ordinated aisles of Christmas decs.

You will need a trolley for the tree I was told, but there is no way you can manoeuvre a trolley through this madness, so I got an assistant, got the tree and took it to the exit and left it there till we returned with the "extras". A basket was needed and the lights went in and a garland she wanted.
"Can we go now as the tills have not started to get busy?" "While I am here," she said, "we might as well have a look for a few baubles for the tree as I want to replace some old ones." Old ones are replaced on a yearly basis so they are not really old, but she gets great pleasure from the decorating and I succumb.

By now every spare inch of space is taken up by seemingly endless hordes of people eating mince pies, huge waves of small and excited children get under your feet and they drop mince pies or part of them everywhere; older people meet old friends and block the aisles as they chat without the slightest suspicion that the aisles are blocked by their complete disregard of what is going on round them. And still they come. Without seeing it creep up behind me I am nearly rammed by a mobility scooter - how the hell did he get this far? The basket on the front is empty but I detect traces of mince pie down his front. You would think that they would all be laden with Christmas decs, but no, today garden centres are for coffee buns and meals, plus of course mince pies, so they just amble about all getting in each other's way. 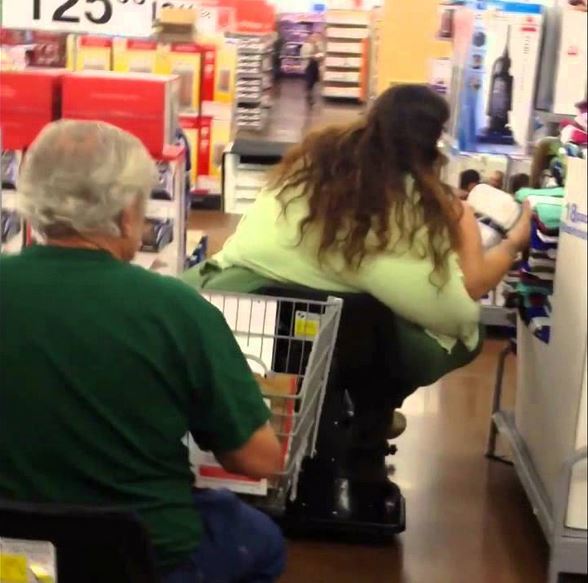 I put my soft foot down and suggest she has got what was "essential" and I suggest we leave before it gets really busy. Reluctantly she agrees and I make a short cut through the plant area thus avoiding the pie-eating throng. We reach the tills, I pick up my awaiting tree and glory be there is a till that is empty. "That was lucky," I say and the assistant says "It is, in another half hour as last year the queues are into the main retail area." "We could have stayed a bit longer," says the wife; one look was my answer.

We paid, saving over £55 with my accumulated card points plus the 25%.  I go and get the car and bring it back to load up. We exit easily and pass the entrance that is now blocking the road for a hundred yards. "Thank Christ for that," I say. "But we could have stayed a bit longer." I did not reply and drove home rather like the Sixt adverts, a bit smug, but also rather sad: for in my haste I did not get my mince pie as was my right - after all, they were free.