Mysteries of Sacred Architecture (1), by JD 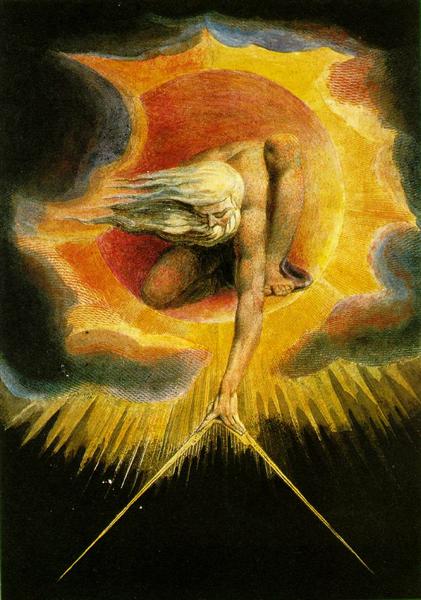 This is a post (in two parts) prompted by the recent fire at the Cathedral of Notre dame in Paris but it is not a speculation on the causes of the fire. I leave that to others.

The recent fire at the Cathedral of Notre Dame in Paris is not the first time the building has been damaged. Considerably more damage was done to the fabric of the building during the French Revolution of 1789 and subsequently. [1]

The spire which was detroyed in the fire was not the original so all of the pious humbug about a legacy 'lost forever' is misplaced. The original was removed in 1786 because it was unstable in the wind.

After the Revolution Napoleon was crowned Emperor in the Cathedral in 1804 and French life returned to normal, relatively speaking.

Restoration work on the cathedral was done by Viollet le Duc, starting in 1844. He recreated the original spire but made it "... taller and more strongly built to withstand the weather; it was decorated with statues of the apostles, and the face of Saint Thomas bore a noticeable resemblance to Viollet-le-Duc." [2]

I have been to the Cathedral during my time working in Paris but I have not been inside. I have visited and been fascinated by Cathedrals and other sacred buildings for most of my life and I don't know why but for some reason this one did not 'invite' me to step through the door.

My introduction to sacred architecture came during family holidays in Northumberland and the Borders and a visit to the Holy Island of Lindisfarne. There was a wooden Priory building on the site from the 7th century. The current ruins are of the stone Priory built in the 12th century. Although I was very young when I first visited, those ruins looked 'right' somehow and looked as though they belonged in their setting, in that landscape. It was many years later that I heard about the design concept of Self Similarity. It is a concept whereby a glimpse of just a small portion of a design (as in Lindisfarne's ruins) will allow you to know exactly how the entire thing looks or in this case used to look. In other words it is an example of fractal geometry. [3]

" In the article Fractal Architecture Could Be Good For You (Joye, 2007) the author presents numerous architectural examples where fractal geometry plays an important role, from Hindu temples, where the self repeating and self-similar components are supposed to reflect the idea that every part of cosmos contain all information about the whole cosmos, to gothic architecture, with a high degree of self similarity and complex detailing." [4]

"A surprising amount of the world's religious art and architecture has been designed using the timeless symbolic patterns of nature and number, but these patterns symbolic of our own sacred inner realm, symbolic of the subtle structure of awareness whose source is the same as archetypal number. All this was understood in ancient times and deemed so important that it was built into the culture on every level." - Michael S. Schneider. [5]

If all of that sounds too complex, don't worry because you understand it at a subconscious intuitive level whether you realise it or not. It is why you hate the glass and steel of the modern architect's vanity projects found in every city and why you prefer vernacular or traditional building design. It is why modern architecture generates dis-ease.

Here in the 'far north' we also have Durham Cathedral which is more than 900 years old and, for me, the massive stone pillars within the main body of the building and the Cloisters are the most impressive features. But I much prefer Hexham Abbey. It is a lot smaller obviously and very different in character. Where the Cathedral is airy and light inside, the Abbey is dark within. The rood screen forms a very clear division between the choir and the congregation which division is emphasised by the width of the transept. By far the most impressive and mysterious feature is the Night Stair which is part of the original 13th century Priory on the site. My favourite detail however are the small carved stone figures behind the choir stalls including a figure of a bagpiper. I like that one! [6]

The Cathedral Church of Saint Nicholas in the centre of Newcastle dates from the same period as Hexham Abbey, work being completed in 1350. Its most notable feature is the lantern spire built in the 15th century. The most interesting tale is not about the Cathedral itself but about the strange gargoyle known as the Vampire Rabbit which sits on a very ornate doorway of Cathedral Buildings (built 1901) and this little creature is looking directly at the east window of the Cathedral. Why? Well, nobody seems to know. I have asked in the Cathedral as well as the local library but it is a mystery. I suspect the answer may be hidden somewhere in the dusty archives of the architects; or maybe not. [7]

Venturing further south I have visited many, but nowhere near all, of the Cathedrals of England and each has provided something worth remembering. It would be repetitive to try to describe all of them but I will mention the one which was the exception. That was the new Coventry Cathedral which was consecrated in 1962. When I saw it in that year, to say it was a shock is something of an understatement. It doesn't look like a cathedral, it doesn't 'feel' like a cathedral and I cannot think of anything good to say about it - modern architecture at its contemptuous worst: show any modern architect an urban space to be filled and he will treat it the way a dog treats a lamppost!

My first reaction on seeing it was to wonder why it had a statue of the devil at the entrance. On closer inspection it turned out to be St Michael triumphant over the devil but there was very little that was 'saintly' about the sculpted figure. Inside the building were row upon row of wooden chairs, it resembled a school assembly hall.

The only thing which impressed me was the large tapestry by Graham Sutherland. I still have the commemorative souvenir publication called Cathedral Reborn [8] I note that it cost 5/-, a reminder of the days when we had real money! (See the quote above about number being so important it was built into the culture at every level.[5])

When the new design was chosen the public reaction was universally hostile. I quote from the booklet 'Cathedral Reborn' - " The architect, Basil Spence (later Sir Basil), insisted... that he was the traditionalist in doing what the builders of cathedrals throughout history had done, designing in a style relevant and meaningful for their day." The Bishop of Coventry said "If we cannot express our Christian faith in terms of our time, we might as well pack up." The Provost added "We see the cathedral as a great laboratory of experiment. We feel we have been given a licence to do experimental and probably controversial work."

Clearly none of the three had any understanding of the reasons for having cathedrals at all. They all sound like the Dadaist or Marcel Duchamp; doing their 'art' in a different way because it is all meaningless anyway.

If you want to know why religious belief has withered away in this country, there it is. Those who are charged with keeping the faith no longer believe in it. This was the sixties and 'throwing out the baby with the bathwater' was the 'revolutionary' trend in virtually every established tradition to be replaced by...? Nothing of any substance or meaning.