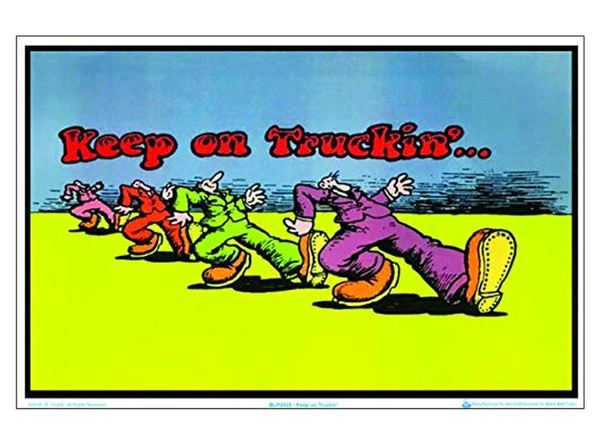 My brother has a class one HGV licence and has had it for nearly forty years. He has shown me photos of a forty ton artic plus trailer fully loaded with straw which he has driven into farmyards and out again. I don't know how he does it. I've been in the cab of one of these vehicles and they are huge, I would be rather tentative if I had to drive one on the public roads and very, very nervous if I were to tackle a farm road!

Last week he showed me his letter from Boris asking him to return to HGV driving again. Needless to say he is going to ignore the call. He doesn't need the money that badly any more and he has better things to do.

I found this copy on one of the Government's web sites. Just as a matter of interest how many people know that 'assets publishing' is where the Government hides information they don't want the public to read? It is where they publish all the gory details advocated by the behavioural psychologists of SAGE and the 'nudge' units; how to manipulate people etc. I doubt if any psychologist made a contribution to this letter, it is 100% bureaucratic in the style of Sir Humphrey and doesn't offer any sort of encouragement or incentive to disappeared HGV drivers.

And I laughed when I saw the signature - Baroness Vere of Norbiton. Who is she? Oh, I see; she is Minister for Roads, buses and places! That title sounds like something out of The Two Ronnies with Ronnie Barker sitting behind a desk explaining idiotic government policies.

Read the comments here beneath the MailOnLine story to know why HGV drivers are not returning. Most of those comments and complaints have been verified by my brother at one time or another. https://www.dailymail.co.uk/money/experts/article-10046133/How-HGV-driver-Training-costs-salary-expectations.html

And look at the photo of the Waitrose delivery truck. Far too big for suburban deliveries. I see vehicles like that trying to negotiate the confined spaces around my local supermarket. And not just the confined spaces, there are parked cars blocking access as well as car drivers who get in the way at inappropriate moments.

Here is an example of what drivers must face while making deliveries on roads which were designed for the horse and cart and having to use a large articulated lorry because it is more 'efficient' for the haulage company:

My brother has been very selective in his driving and, because he has been doing it for a long time, he has built up a 'network' of reliable 'contacts' who can provide suitable work for him. preferring to work for smaller local companies mostly connected to farming or to heavy haulage. He would rather drive 'dirty' loads like coal or ash or rubble from demolition. He spent a few years transporting cattle from the marts and delivering them overnight to farmers all over Northumberland and Cumbria. The only overnight stay job he has done was taking a racehorse to Ireland a couple of years ago. I'm sure other drivers would have similar arrangements after many years in the industry

A few days ago I saw an article in the local paper saying there was a shortage of bus drivers and there had been regular cancellations of some services. It seems that the Government has also written to current bus drivers asking them to switch to HGV driving. Yet more 'joined up' thinking from our politicians and civil servants! I wondered if this was a local problem but I can now see it is a national problem with this story:

I cannot see any bus drivers being tempted by the Government's offer; a PSV licence will not allow you to drive a heavy goods vehicle. Bus drivers would have to do the training and then apply to the DVLA for a new licence. As far as I know the delays within the DVLA is one of the lorry drivers' biggest complaints so ex bus drivers will have to join the queue!

But, not to worry. Boris is on holiday. Strange how he always runs away at the right time, remember all those missed Cobra meetings at the start of the covid last year?

Muddle on Boris! One day your luck will run out!

Everything JD has said here is confirmed by my old neighbours son who is an HGV driver, he like JDs brother works for small contractors who appear to pay much better than the big boys who are crying wolf over the lack of cheap labour from Eastern Europe.
There is no lack of qualified British drivers either, a spokesman for the RHA said a couple of weeks ago there are well over a hundred thousand qualified drivers who have simply left the industry because of the problems and conditions spelt out above and can't be tempted back.

I'm still in the lorry game after 45 years.

After the typically shaky start at begining of my lorry life at the dire end of the market, i managed to land on one of the better jobs in the 80's complete with proper union representation and have stayed in the better end of work (by specialising) for the last 35 odd years.

There is no shortage of drivers at the better employers who offer class leading terms and appreciate their staff, and there never has been.
Agency drivers who my employer uses are finding they are not getting full weeks in at the moment despite, according to the media liars, being offered £78k salaries...pause for hysterical laughter here.

This is just another part of operation fear in my opinion, along with the covid, fuel and climate scams, what the end game of all this is remains to be seen, control of a frightened populace being one likely contender.