The Public House, by Wiggia

The demise of the public house, one of the cornerstones of the British way of life, has been going on for some time now. In some ways it is inevitable: with so many other ways of entertaining available and the price differential for beers between pubs and supermarkets, there was always going to be a fall-out.


The more far-sighted of the breweries and the publicans saw the writing on the wall way back and started to cater for a larger clientele by offering food at a standard a long way from the sweaty cheese roll under a plastic dome that many pubs exhibited as their only food option, apart from pork scratchings and crisps. Many of these have thrived but position and investment are crucial to success: many pubs still fail as the footfall does not rise owing to the pub's poor location.

Since 2000 10,500 pubs have closed and the closure rate is currently running at roughly two a day, but the rate is slowing as the number of pubs that will never make a profit in the modern age dwindles.

The days of the public bar, the saloon bar and the snug may be no more, which is shame as those clandestine meetings in the quiet of the upmarket saloon bar were part of the life in those not so far off days; a lot of business was also carried out in those surroundings as well.

All that has gone, fortunately despite some sad closures most of the old coaching inns remain, maybe not in their original form but they remain nonetheless.

A wonderful example of the coaching inn is the George Inn in Borough High Street, Southwark. It is owned by the NT - I have no idea if that is a good thing for a pub - but it is run by Greene King and very successfully. It is Grade 1 listed, hence the NT involvement no doubt, and boasts the only galleried frontage on a pub in London, used in the past by players to entertain. 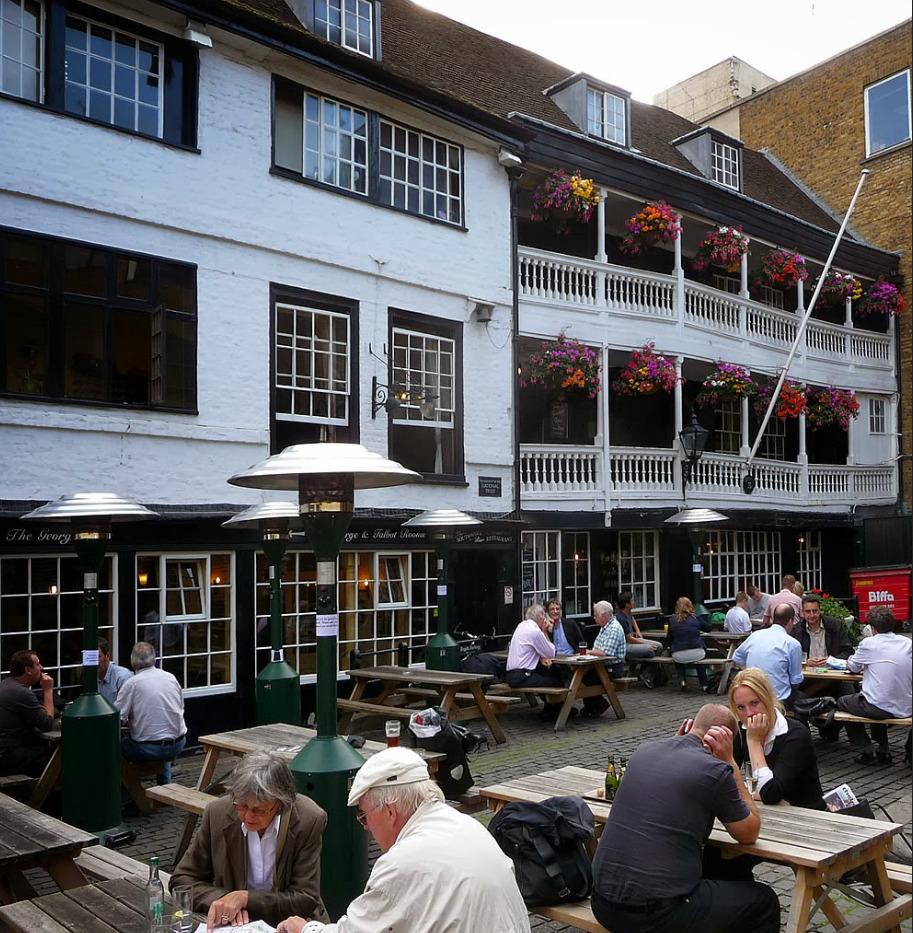 The list even today of historic watering-holes in London runs to a lot more than be encompassed here so I will just select a few that I have visited personally, even if it was a while back.

The Prospect of Whitby was built in the 1520s on the Thames in Wapping. It is now a trendy waterside area: Sir David Owen - of the Gang of Four fame! - lives a few doors away. I was taken there by my father originally when it had a curiosity factor but was not on the tourist trail and the view from the back terrace showed cranes and wharves; a very different scene now. 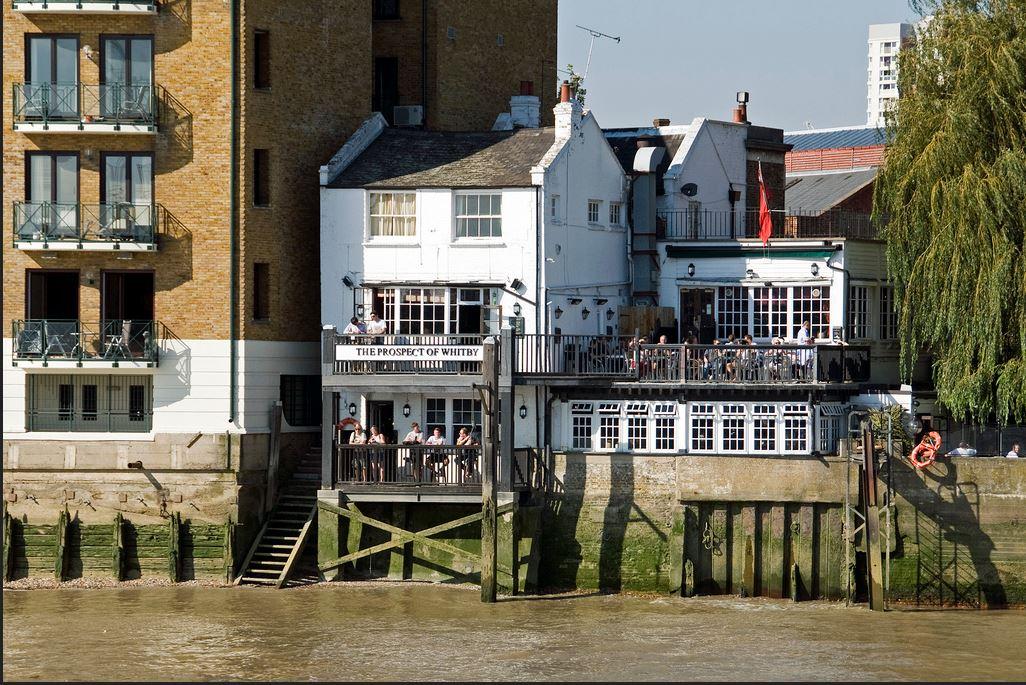 Pubs like the above would fill a book even today. Other areas have seen a decline for other reasons. When I left school, Fleet Street where I worked was awash with pubs: it seemed everyone connected with the Press spent most of their time in the myriad of pubs that existed there' Just round the corner at Smithfield market was an all-night pub so you could slake your thirst twenty-four hours a day - that one still exists, The Hope - but even Smithfield has changed. The Hope is no longer twenty-four hours and the other pubs are struggling, impacted by the way the market is run and by drink-drive laws. The death knell for the Fleet Street pubs sounded when Murdoch moved to Wapping and the rest of the papers followed. 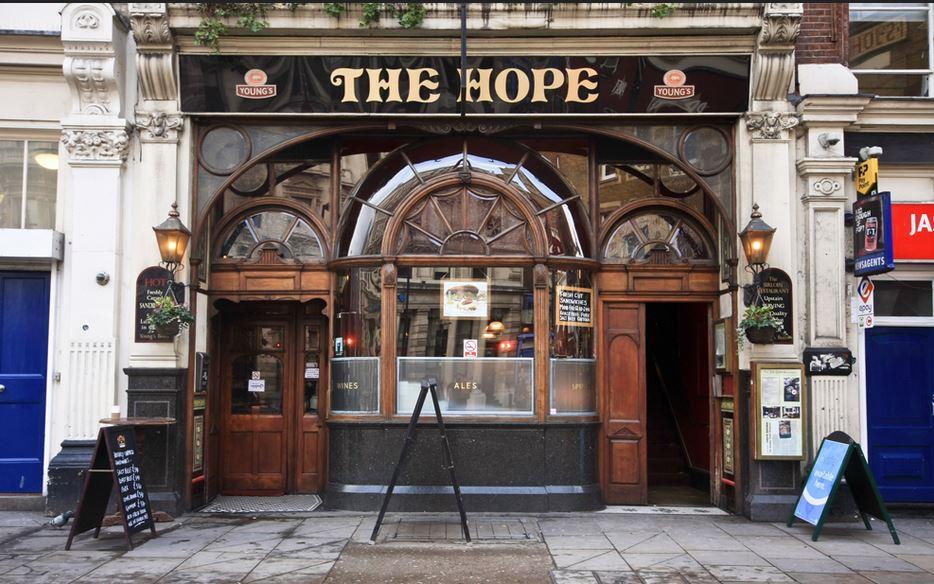 I always liked The Red Lion in Crown Passage, St James. It is old, simple and in reality hasn’t a lot going for it: it does no food to speak of, the beer is and always has been average. It is the classic suits-at-lunchtime pub, a standing-room-only real pub in a fantastic location. It also has the advantage for those that imbibe of being round the corner from another institute, Berry Bros and Rudd the wine merchants, whose own premises are worth a look. 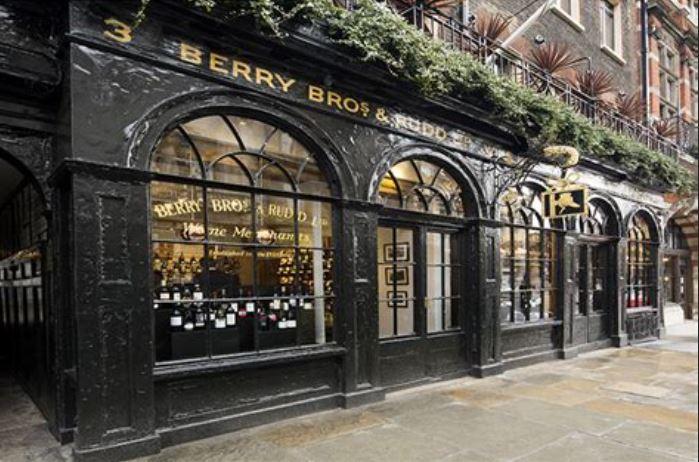 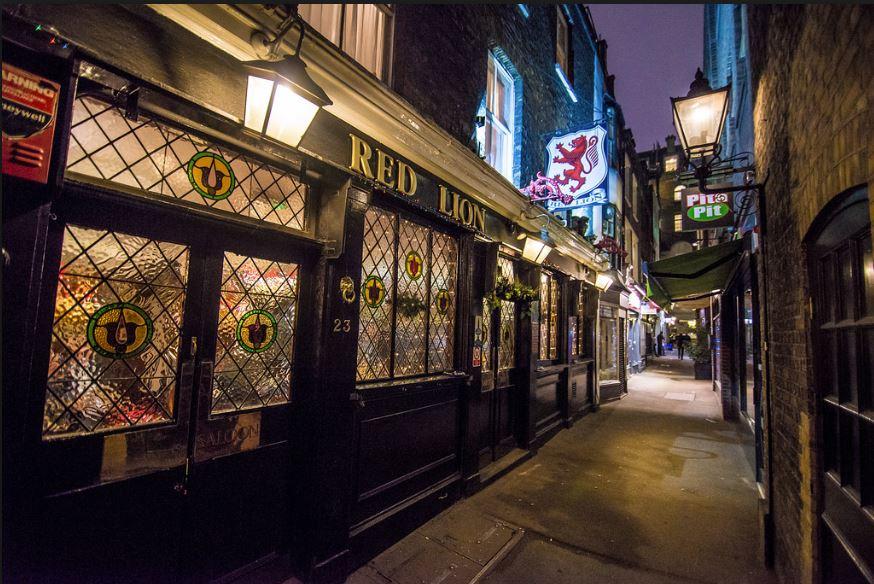 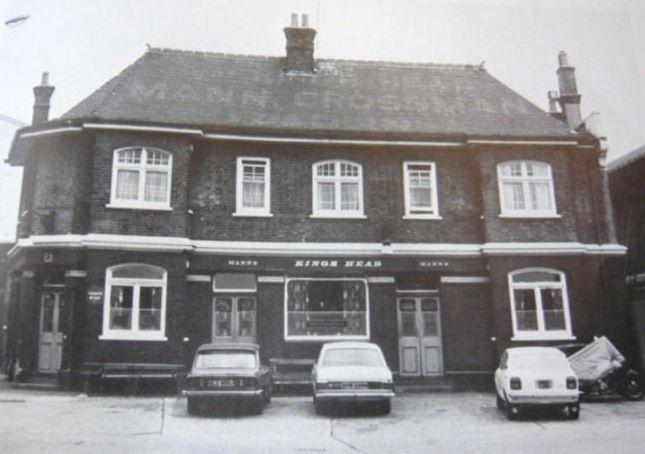 A good example of the work-related pub was the Kings Head. What was unusual about this place was not the rather boring building but its location in the middle of the giant Lathams wood yard on the River Lea, not far from where I lived as a youngster at the time. Lathams was a huge place. The barges would deliver great logs from the Thames ships that brought them here, and they would be planked on site; no more, though the yard is still there. To get to the pub you would walk through the giant sheds and avoid the cranes and fork lifts on the way. It closed in the nineties and was demolished for housing, along with some of the yard. 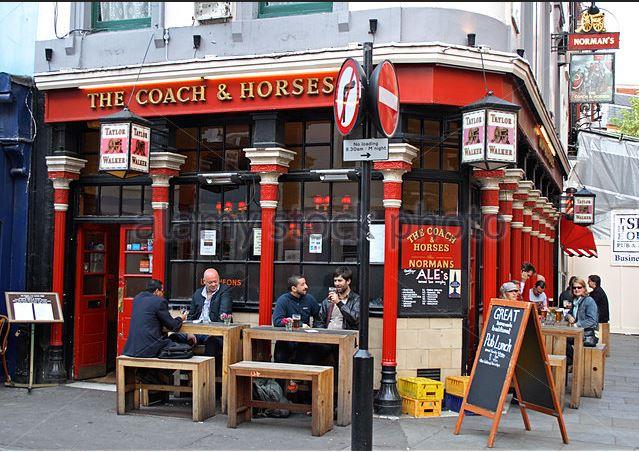 Other work-related pubs were slightly different, such as the Coach and Horses in Greek Street, Soho. This pub had the same landlord for 63 years, Norman Balon, and he revelled in the title of “the rudest landlord”, though the pub's fame in later years came from the almost permanent incumbent Jeffrey Bernard, Private Eye and Spectator columnist and permanently drunk - his life was immortalised by Peter O’Toole in the play Jeffrey Bernard Is Unwell. Balon's memoirs “You're Barred, You Bastards” followed. The place has now added "Normans" to its name and has a vegetarian and vegan menu ! 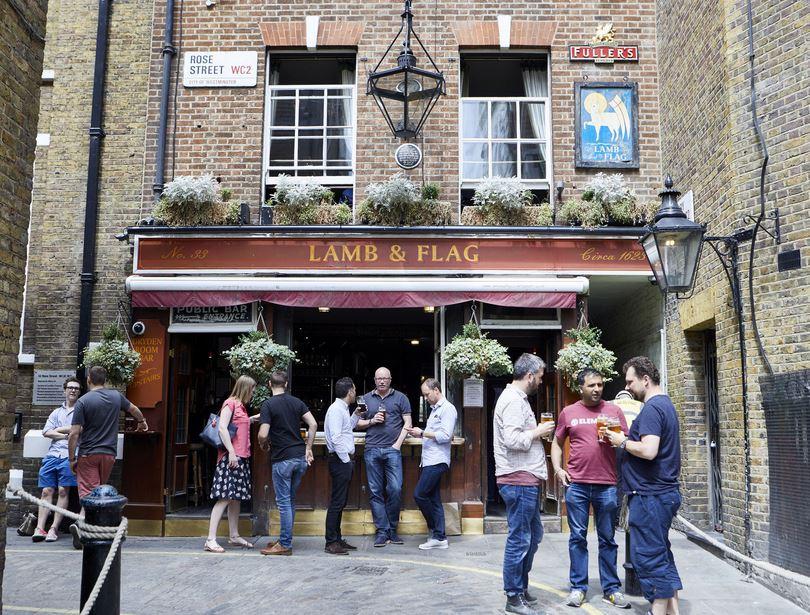 The Lamb and Flag in Covent Garden used to be a favourite watering-hole for the market workers and previously Dickens and John Dryden but of course the market has moved so along with its rival pub the Cross Keys they cater for a very different clientele now with the revitalisation of the area. All markets had their own pubs not just in London but across the country. Many of the best pubs were associated with the markets they served. 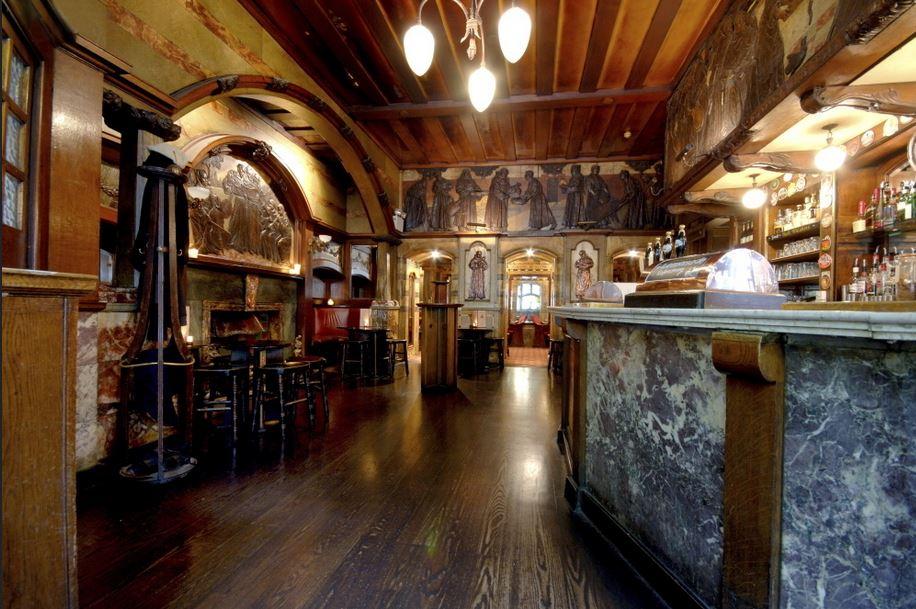 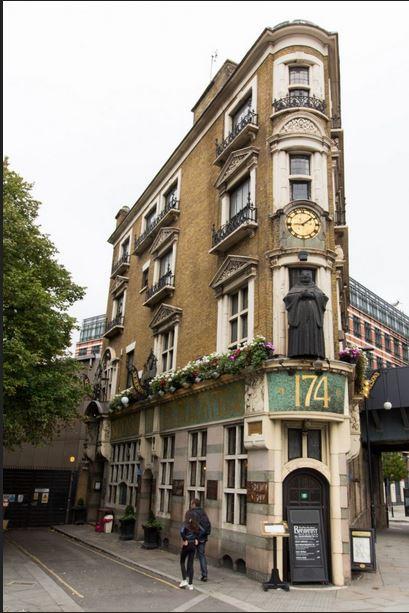 The Black Friar pub was always a favourite of mine, simply because of the art nouveau interior In Queen Victoria Street the place itself has a strange wedge-shaped exterior backing onto the railway viaduct. In the sixties it faced demolition  but a campaign led by Sir John Betjeman quite rightly saved the place. The sixties may have been a wonderful era to live through but it was an appalling era for the destruction of notable buildings.

There is no way I could include all my favourites, this is just a random dip into nostalgia. For London I will finish with one of the iconic pubs of North London, the Spaniards Inn in Hampstead. The area boasts a number of pubs frequented by artists, actors and the like, but the Spaniards is hard to miss as the road pinches into a bottleneck as you approach, as the old toll booth on the other side of the road deliberately restricts the traffic. There were attempts to demolish the toll house in the sixties, again, but fortunately it was resisted.

The pub has had famous clients such as Joshua Reynolds, Byron and Keats and famously Dick Turpin the highwayman. This area with the toll booth was a favourite place for highwaymen to hold up coaches and the tree from which those caught were hanged was only a couple of hundred yards from the Spaniards. 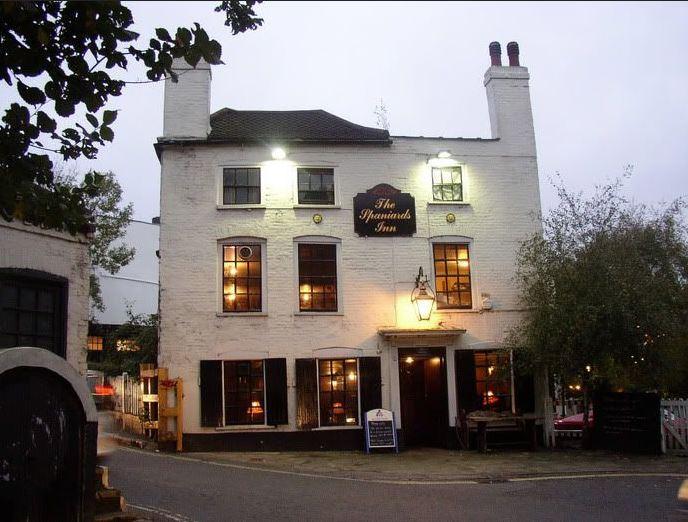 For many years my frequenting of pubs waned, I really didn’t visit many, and only when we moved to Long Melford in Suffolk did my interest perk up again. For reasons unknown and unexplained Melford is inundated with pubs, when we lived there nine existed and they still do, and there had been five more. How these were supported by a large village I have no idea but they were. Today the tourist industry keeps them going in the summer months as Melford is a big local attraction, but in the winter the lights are on but few people are buying. The Bull is the main pub, more like a hotel, and with its studded exterior it looks the part in this type of village - a village that has the presence of two stately homes on different sides of the green, another rare occurrence. 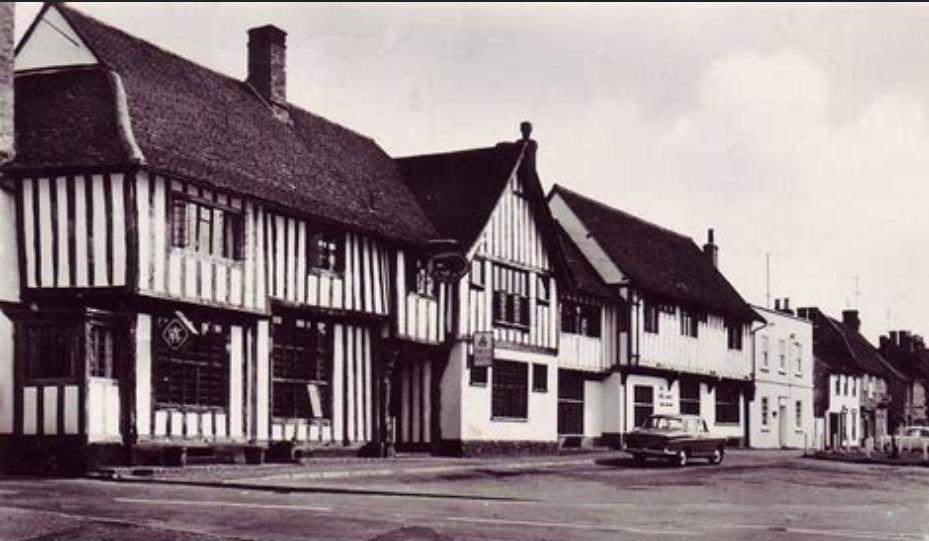 Though the Bull Hotel largely caters for the hotel side and weddings you are hardly short of alternatives in the village. The Black Lion can be seen here with the wonderful Holy Trinity church in the background. 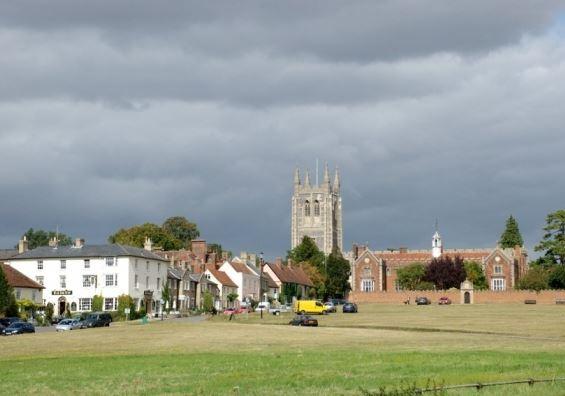 The area is rich with pubs of all types. I will finish with one of those places everyone who comes across goes into. Up the road a few miles from Long Melford, Bury St Edmunds boasts what is reputed to be (and according to the Guinness Book of Records is, depending how you measure these things) the smallest pub in Britain, The Nutshell, with an interior of 15’x 7’. It is a tight squeeze for more than ten people. Its survival is almost guaranteed by its position, you can’t miss it, and the footfall is constant. 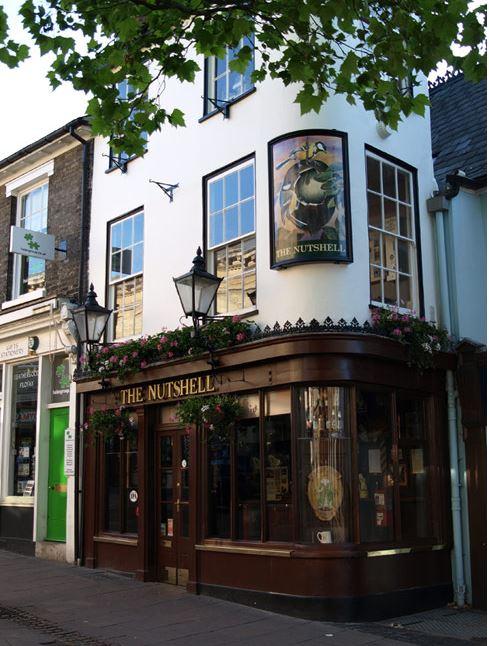 Whilst in Bury I cannot leave there and finish this without a mention of not a pub but the bar at the Theatre Royal. This theatre is the sole surviving playhouse from the Regency era and has again been saved and renovated. A wonderful place, much visited when we lived down the road. Amazingly the old bar which creaked under load and was so tight you had to order in advance has been replaced by Greene King who run the place and the NT who own this Grade 1 listed building. How the hell they got permission to put in this modern bar in such a historic building I have no idea, so I finish with something that has lost a historic bar but not its wonderful interior. 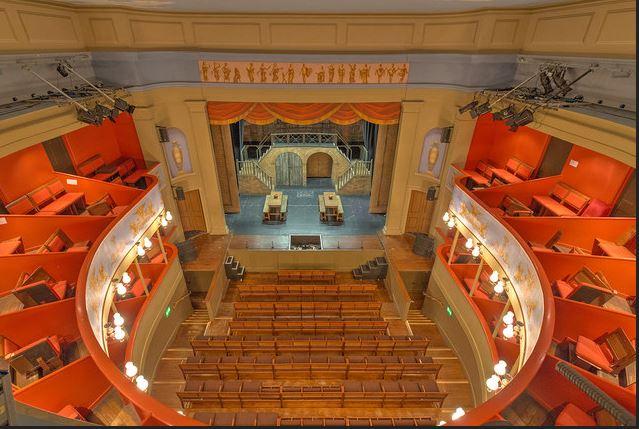 The public house may be going through a difficult time, more will be lost but I am sure the historic and the weird and wonderful will survive for a good few decades at least, and hopefully longer, so that future generations can come to appreciate a very important part of their social history.

Truly excellent article - Pub Curmudgeon does a similar thing on Twitter and blog but this was all in one.

I love our old English pubs. We still have a few near to where I live but without famous clientele.

Lovely, all of them!

I was taken to the "Prospect" by my grandfather, back in the day; he was a shipping agent in the Port of London, and from that rear terrace he pointed out all sorts of ships and told me who owned them, where they'd come from, where they were going, and what cargo they had. He knew, he'd been responsible for placing those cargoes.