UPDATE (24 Feb 2012): curiously, the link for Hillary's picture below is now broken. Further, the reverse image search engine Tin Eye returns ZERO results for this specific image, despite its being an AFP/Getty Images pic. Quite possibly this is the last place on the Internet that you will find it.

Is this happenstance like those photos in Stalin's era, re-edited as certain persons became unpersons? Or in this case, as an unperson became a Person?

"Pantsuit", or jumpsuit? You decide; I fear it may be prophetic.

But I think Paris Hilton carries it off better. 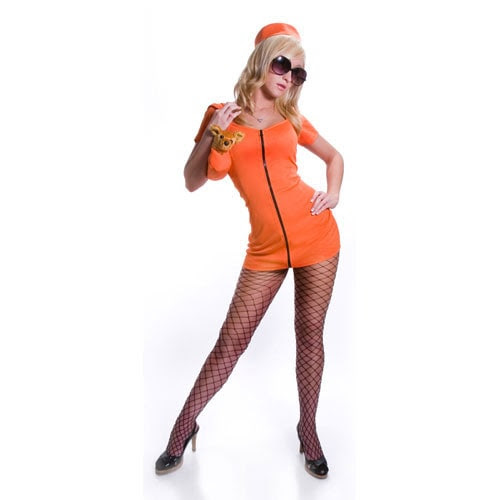 Wonder if it's related at all to the orange in your header, Sackers? Curiouser and curiouser.