COLOUR SUPPLEMENT: From my sketchbook, by JD

The first of the two horses below was copied from Leonardo da Vinci but his is better than mine, of course. The other horse is copied from a Rennaisance guide to drawing, the idea being that a figure can be built up with a series of small squares and rectangles approximating to the shape/outline of the figure. That second horse sketch was further developed into a painting to show something similar to the white horses etched into the English landscape.
The second picture of a lady at the bus stop came out of my head; the bus stop sign is of the old Tyne & Wear transport logo before they were all privatised.
The gentleman sitting at the table was one of a series of quick sketches from life during one of my art classes. 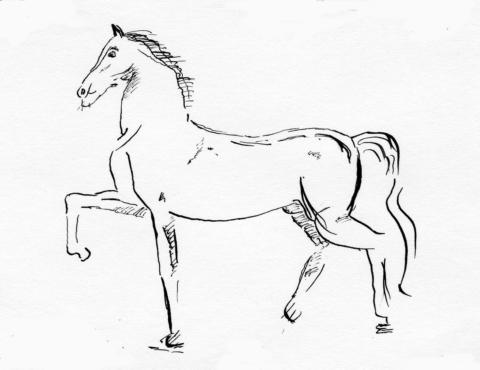 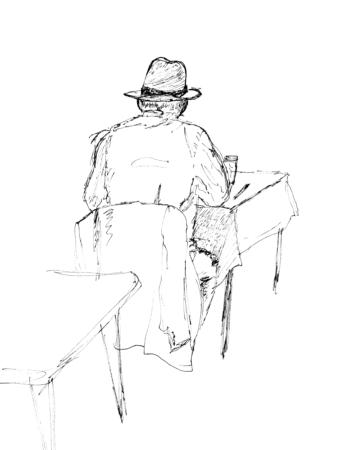 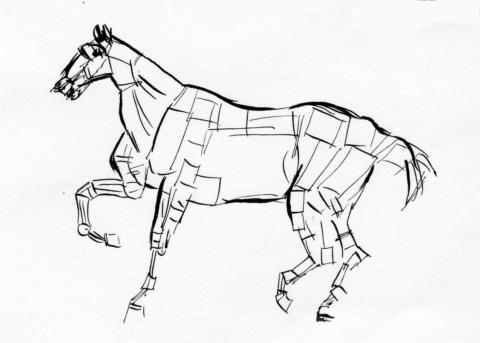 I love the sketching on the table picture xx