I have often thought that animals which hibernate are onto something. The idea of gorging oneself ! and then going into a semi-conscious state for a few months when the weather is at its worst does have an appeal.

Especially in a winter like this one that has seen, if you can see in the permanent gloom, incessant rain drab skies cold winds and everything to make going outside something to be shunned. Yes, I know that in my youth challenging the elements, standing on the top of an exposed hill in a sixty mile an hour wind with driving rain could loosely be called bracing, even giving one the status of a hardened go anywhere anytime in any condition man, it is good for you etc etc. Luckily today I have a very different view.

As we approach our later years a sense of perspective creeps in, some sanity at the expense of reckless youth, and I would no more want to repeat those times in my youth when such things were commonplace and lose the comforts of warmth and a cosy environment than the Dormouse would. Hibernation does have attractions in the same way as pulling up the bedclothes in the morning after having seen snow falling, or going back to bed with a cup of tea/hazelnut upon seeing how inclement it was outside. 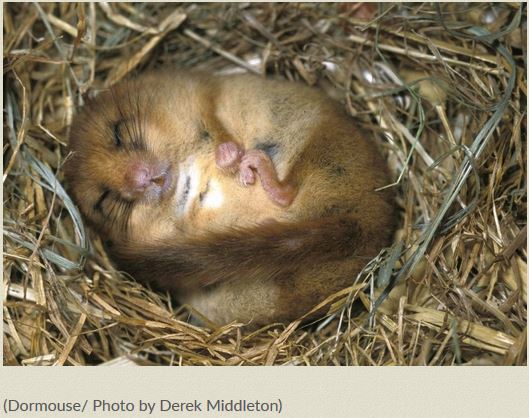 Why have I mentioned the Dormouse? It is simply that we have a resident one: he has been with us for a few years, a solitary little chap that occasionally makes a foray into the left-over bird seed area and then darts off to the shed where he has exited when I enter. But  his main habitat is in my large compost bins; fortunately the first time I saw him there when removing compost in the early spring he moved so no harm could come to him through not knowing his presence, and now I am wary. 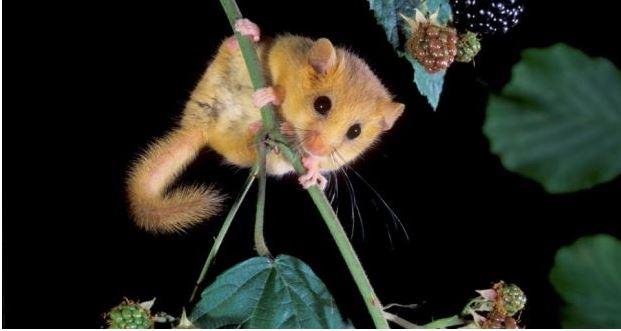 The little nest he built in the compost bin was warm, dry and under the cover of the tarpaulin over it, a perfect little winter retreat; I almost envied him in a sort of Wind in the Willows way. Whether he will be there this spring I have no idea, they live roughly five years and he has been seen here for about four to my knowledge so his life span is nearing its end. They are very solitary, I have never seen another one and they are on the endangered wildlife list; I can only hope the little chap has found a mate and produced some offspring - it would be a shame to lose the line and the presence of a Dormouse now very rare.

That's precious. I wouldn't mind having one as a pet. Keep him well fed, and maybe you'll be able to get a few more years out of him.