SATURDAY ESSAY: A Dedicated Follower of Fashion, by Wiggia

It was once said that ‘clothes make the man,’ a quote attributed to many including Mark Twain, one of the more recent, who himself was a snappy dresser.

Fashion in men's clothes can be seen in various civilisations through time, from the austere outfits worn by Cromwell’s protestant followers to the garish over the top spectacle of Louis XIV the Sun King, yet most of these clothes were worn by the upper classes; nothing so grand for those below them. Only in the twentieth century in the western world have we seen the rise of fashion for the working man/woman. With affluence being attained by more of the population, more disposable income filtered down for dressing up in something a bit better; no longer was it Sundays and high days, it was Saturdays too, and then the rest of the week.

Looking through old family photographs you can see the change happening, from those of grandparents posing in their Sunday best for the photographer in late Edwardian dresses that had not moved on much from Victorian times, to the Thirties and our mums in those flapper outfits up till
the Sixties when the shackles of postwar Britain were thrown off and full employment and relatively burgeoning pay packets saw the fashion explosion take off and spread across the world.

But in many ways the Sixties was also the start in a decline in fashion. The various trends from mods to rockers and the Carnaby Street tat that was flower power meant there was no obvious coherent way forward. Fashion fragmented and smart casual became casual, then in many cases non-fashion a sort of 'anything goes but none of it good.' We have regressed bigly as they say; it seems People of Walmart have come to stay:

Our generation had some good examples in our screen idols for dress sense. There was of course little else in the way of images to sway us, nonetheless the examples below did know how make a splash and carry the whole thing off in style:


Just two from a galaxy of stars who had style or had style thrust on them.

The Sixties were somewhat different. People in all walks of life could be seen who had style and dress sense; the gentleman below I saw stopping in the Edgware Road and getting out of his customised and chauffeured London taxi to shop for cigars in a specialist store next to Edgware Road tube station, he always had style:

Tom Wolfe, the author, was another who in the Sixties made a grand entrance when dressed like this: 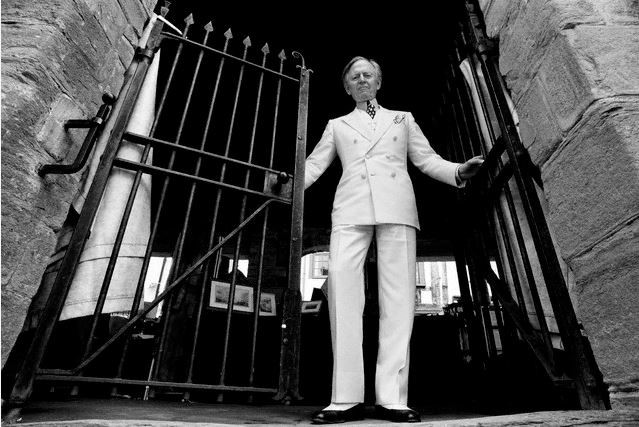 In many ways it epitomised the ‘mod’ style of dress, a sort of throwback to the Great Gatsby era, if you could wear it! Marcello Mastroianni famously wore one in Fellinni’s '8 ½' and despite not being in an English language film became an icon of style.

Beau Brummel in a much earlier era demonstrated that style over substance had a niche and has been remembered for it ever since, and again it had some influence in the Sixties as people sought the way forward with an array of styles not seen before:


And young Marc Bolan (Mark Feld before his music days) was a front runner in the mod style with his little gang; a sub note is that he lived near us in those days and went to the same primary school as myself but at a later date:

As for myself it was suits for going out and expensive ones from Morrie Diamond in Shaftesbury Avenue and those Swiss voile shirts that my mother cursed when ironing, Cecil Gee among others for ties, silk Italian and black highly polished Chelsea boots from Ravels the go-to shoe store in that part of the East End. Shoes were all polished highly, a left over from conscription and the war probably, just a habit but not a bad one - as my father used to quote, 'You can tell a man by the state of his shoes.'

For casual wear I suppose it was the start of ‘smart casual.’ The late Fifties had been the jeans period, the Americanisation of pop at the time provided the images and we all followed. You could almost stand up the good jeans of the period on their own after washing, such was the quality of the denim then; something else that has fallen by the wayside.

Yet smart casual was just that then: the Italian influence and imported tops to go with the Italian hairstyles and Chinos and the first quality casual shoes or loafers. In the East End where I lived most of this was standard wear through the decade, even local icons were as they say quite tidy... in a slightly more formal way…

On the other side of the Atlantic the showmen of the time were also up to the mark in the fashion stakes. As here, suits and good suits made the man, especially if you could wear one like this trio did: 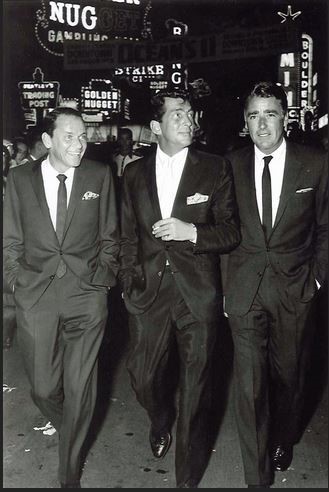 So where did it all go down hill? Too much of everything in that period did not help, the kids went from one style to the other overnight, no style really reigned, well not for men, there was no equivalent to the min skirt, which is just as well!

I blame flower power: thousand of people in fields wearing the Sixties equivalent of pound shop Primark, rubbish creased trousers and floral shirts you wouldn’t use for wiping the floor, or that’s how it appeared to us at the time; and sandals for God's sake, what are they? As my Jewish friends would say, they look schlocky.

I think it has gone downhill since the Sixties. Casual has become a synonym for slovenly. To a degree, fashion has always  been a statement; now there is just the statement. As usual, there are exceptions it would be churlish to say otherwise:

As never before the outrageous and the downright awful get equal billing in the fashion stakes. Today's man about town is no longer the white male I grew up knowing, we live for better or worse in a more diverse world that has added some new trends in men's clothes, some good, much not so, and the emergence of the gay community who have come out as never before has also had an effect on style, as here for example:

Anyway, as with most things it has all been done better before, nothing is new: