Automobiles That Changed The World, by Wiggiaatlarge

Normally when presented with a heading like that we are taken on a journey of delight in Delahayes, Bugattis, Rolls Royce, Ferrari, Duesenberg and many more of that ilk, yet however desirable they may be they represent a very small percentage of the automobile industry output. It is difficult outside of lusting after these creations to put them in any semblance of order as to their importance in car evolution.

It is in the lower echelons in the pecking order that the really great cars come from, the cars that made the man in the street mobile, the cars that jumped a generation in the design and engineering stakes, and the cars whose longevity proved their worth as transport for the masses.

It is not as easy as it appears to single out automobiles that had a profound effect on the industry and the people who purchased them as those mentioned often had aims that were fulfilled in quite a different way from that intended .

Some vehicles select themselves. The Model T Ford could not be left out of any selection: not only did it provide the first mass produced car of any substance for the man in the street, but it also heralded the use of production lines that would survive to this day, a method of construction that made the price of cars within reach for so many, no longer the preserve of the wealthy. 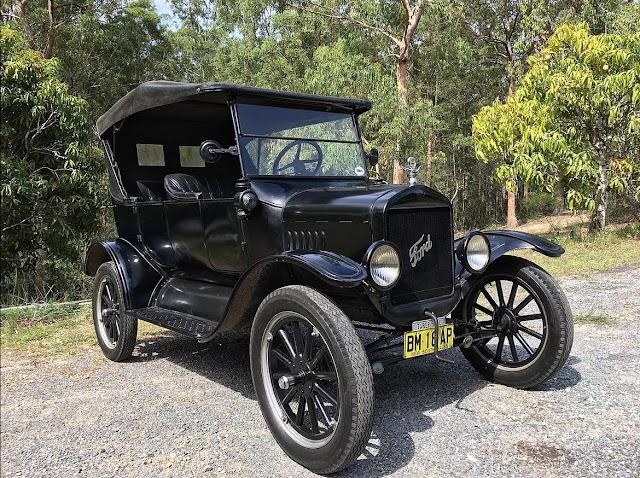 Henry Ford himself said of the car….

“I will build a motor car for the great multitude. It will be large enough for the family, but small enough for the individual to run and care for. It will be constructed of the best materials, by the best men to be hired, after the simplest designs that modern engineering can devise. But it will be so low in price that no man making a good salary will be unable to own one – and enjoy with his family the blessing of hours of pleasure in God's great open spaces. “

Little did he realise how prophetic those words would turn out to be, or maybe he knew all along.

The Model T Ford was always going to be a hard act to follow in the great cars stakes and it could be argued that there were no revolutionary cars in the years after the Model Ts demise in 1920, only a natural evolution of the automobile. Certainly in the upper strata of society the automobile took on a very different mantle with increasing wealth, that of the status symbol.

"People's cars" dominate this this argument on greatness. The Model T gave birth to a whole string of vehicles that through their longevity alone proved they had something more to offer than performance and soft leather. All of the below offered a chance for the man in the street to be mobile; some like the 2CV and the Fiat Topolino became almost fashion items, the Fiat more than any, a much coveted little car to this day.

Morris Bullnose (1913) - The Bullnose's official name was Oxford, after its manufacturing home... 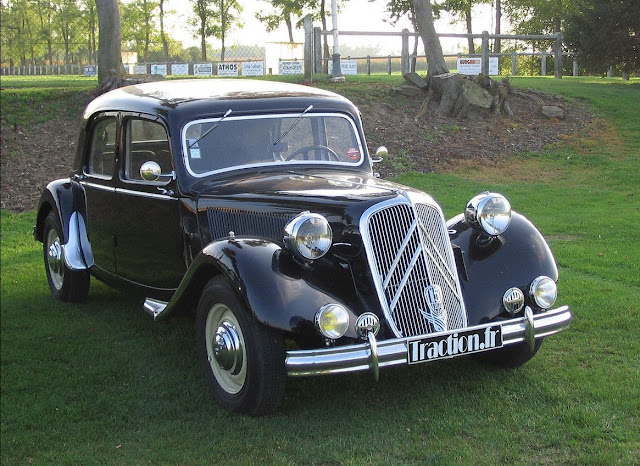 All had shortcomings, built to a spec and a price they were never going to be all things to all men, but by the Thirties vehicles in more expensive sectors were beginning to be sold in numbers and several there had the credentials to claim greatness of sorts. 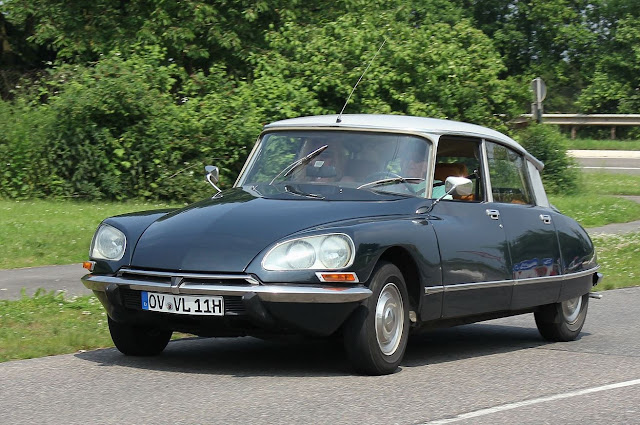 Citroen, never a marque to blanch at something different and inventive, produced the  Citroen Traction Avant. First produced in 1934 it was in production until 1957. It had a number of firsts for a car of its type: apart from the front wheel drive the body was of unitary construction, a monocoque; it also had four wheel independent suspension, rack and pinion steering plus hydraulic brakes - new to Europe. It came in various forms from 2 door saloon to a hatchback and a convertible and engines ranged from 1.3 four cylinders up to 2.9 six cylinders. Affectionately remembered here as a “Maigret” car versions of it became the presidential vehicles of the period, this was a game changer for the European car industry.

The photo shows a six cylinder car from 1951, ahead of its time even that late into its production.

Not long after that the ‘peoples car’ the Volkswagen started to evolve. Like the Model T Ford it was designed to be a car for the masses, robust simple to run and at a price most could afford. Undoubtedly this car had a profound effect on the auto industry and is still revered by some and a version has only just stopped production all these years later. 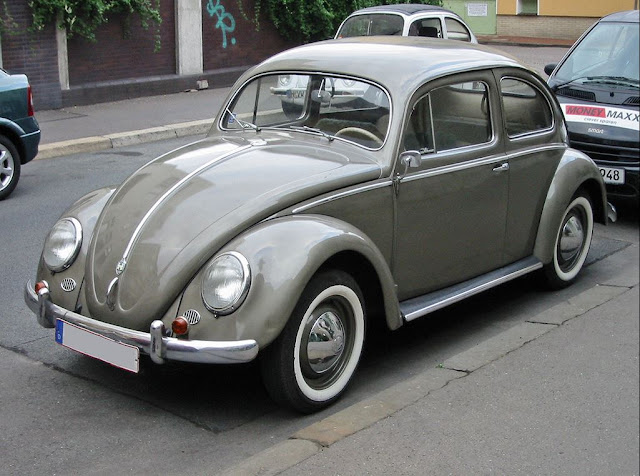 I was never convinced by the VW. I did briefly own one which sadly was a dog, but despite its quality build and interior finish, especially for that period I hated the road holding and the awful driving position that meant you could not use the pedals with your heels on the ground, and despite being simple it was difficult to work on engine-wise unless you took it out, so I never quite got the awe with which is held in by many; nonetheless a very important car.

Citroen did it again in 1955 with the launch of the DS: it ushered in a new world in looks and comfort and engineering ingenuity. Quite simply, there  had not been anything this advanced offered to the public as an everyday vehicle, it was and is in a class of its own. I am not going to go over all the attributes of this car, and a few downsides, instead just a link to a piece I did on it seven years ago.
I never owned one but did travel in a friend's Safari estate version quite a bit when we shared going to dog shows around the country, there has never been a better mile-eater. I did though own two other Citroens with the hydropneumatic suspension so I have been a beneficiary of that.
http://www.nourishingobscurity.com/2012/03/citroen-ds/

Another car always destined for the greatest badge is the original Mini. This was really a design coup by Alec Issigonis on packaging as much as anything else, a small footprint with maximum space and simple engineering that worked, giving it outstanding roadholding. As much as anything else it became one of the symbols of the Sixties, a time when this country shone in so many spheres. 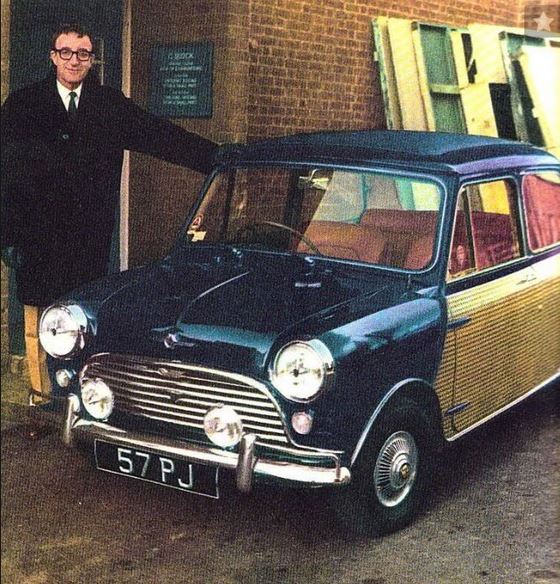 I never owned one but I drove several variants. I am six foot one and had no trouble fitting in the Mini. The down side was a sitting position with no real variation available; that was not exactly fun on a longer drive, but the reality it was a city car and as such attracted all the glitterati of the period here and abroad to purchase the car,  often special coach-finished versions. 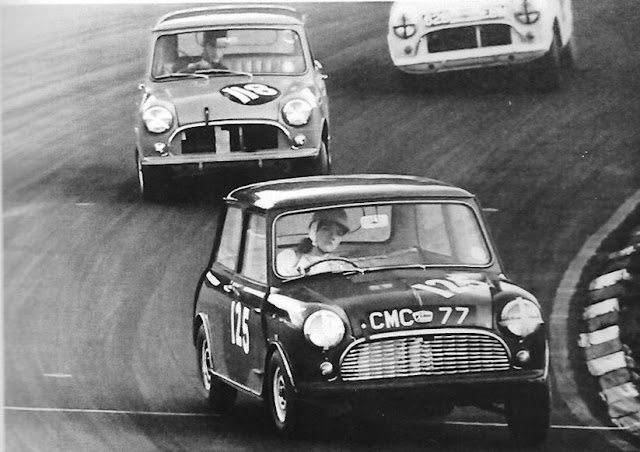 It also had an awesome rally and race record, despite being handicapped with an ageing design in the engine department, it was remarkable what power they managed to screw out of it in the race versions of the Cooper S race and rally models, but eventually it was that department that saw them overhauled in both race and rallying.
https://en.wikipedia.org/wiki/Mini 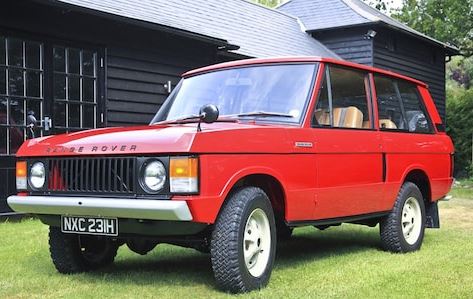 The original Range Rover was a game changer for off-roading and gentleman farmers: at last you had a comfortable vehicle with all modern accessories in a go anywhere car, though the very early models were sparse and practical in the cabin area, and its off-road capabilities were only matched or surpassed by the Land Rover and a few other utilitarian vehicles such as Jeep. The original used a petrol V8 that was not economical even in its class so it was hit badly by the fuel crisis and it was not until ‘88 that a turbo diesel engine was fitted to the Range Rover as an economical choice.

If Range Rover has had a problem it has been reliability and in many markets for 4 wheel drive vehicles it has lost sales to Toyota.
https://en.wikipedia.org/wiki/Range_Rover

There is a whole raft of vehicles that have given something to the motor car in engineering, as the Volvo 140 did with the first proper crumple zones in a car body, beginning the drive to safer cars. The Toyota Prius heralded modern day electric vehicles in the form of the hybrid Prius from ‘97, long before anyone else, and it is still going. And there are many others.

I have not included sports or luxury cars: they may well have provided individual items that later trickled down to mass produced vehicles and many have become icons in their own right - Ford Mustang, Porche 911, E type and so on and in the luxury market RR Packhard Bugatti - and many more have provided style unsurpassed and quality that only money can buy, yet it is the cars above that remain the great innovators of the automobile.

Are there any more coming on stream? Not so easy today, as almost every car has the discoveries of the 100 years or so of progress incorporated into their build. Electronics move so fast these days that any innovation that is new is almost immediately superseded by something better. It is not so easy to make giant strides in engineering and design as in the past.

For me there is one little car that deserves a mention. Whether it will become a classic like the mini, I have no idea, yet the number of the original Nissan Micras that are still doing sterling service is amazing. They don't seem to rot and they have a fantastic if not overly powerful bomb-proof engine. Those seen on drives and in garages for sale are snapped up even at twenty years old - a modern Mini?

Others made their mark in different ways. The first Ford Cortina was simple, had a great engine line-up, the E series proved to be the bed rock for the majority of race engines of the period culminating in the Twin Cam version and had a gearbox along with the Corsair that was as good as anything in production, not a great car but a significant one.

Naturally everyone would want to include the likes of Porsche 911, E type, Ford Mustang, Ferrari, RR, Packard and many others, but the reality it is those that made a long term contribution and advancement in everyday motoring that deserve the accolades.

The future, who knows? In fifty years' time, with the internal combustion engine consigned to a footnote in history if they have their way, amps and voltages will be the discussion of the day among the self-drives of the period. Doesn't quite have the same ring to it though, does it?

Fascinating stuff. I'm 6' 2'' and comfortably drove my mother's mini in the 70s. In the nineties she got a new one. I begged and begged for a go. Eventually she gave in, but when I got into to it my head was jammed against the roof - it was imposible to drive, which pleased her immensely.
My friend's mother had a VW. I tried it, but as you say, the clutch pedal travel was ridiculous.

Is that Peter Sellers with the Mini?