JD is temporarily indisposed and recuperating; Wiggia steps into the breach this week: 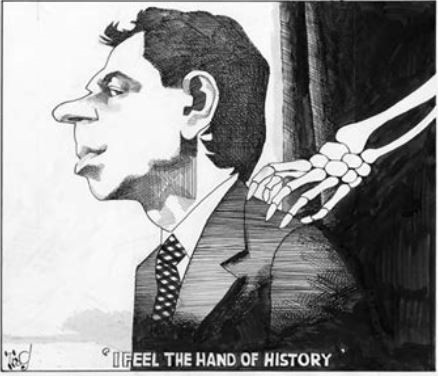 As JD is out of action for a short time the Friday music slot is barren. Week after week JD fills  the page with the weird and wonderful world of music. His depth of knowledge on the subject apparently is ad infinitum. I couldn’t and wouldn’t try to emulate his postings, my own field of knowledge in music is confined to modern jazz and I have in the past put up posts on that small area of the genre, and I could have revived one of those or written something similar again.
But one of those scans of today's birthdays in the paper brought back some memories of the past so something slightly different emerged as a suitable stand in for JDs Friday slot.
The birthday that stood out was of one Wally Fawkes, clarinettist and cartoonist, who I have to admit I believed had gone to a better place, but no he is still around at 97 Born in Canada, Wally emigrated with his family to Britain in 1931. He showed through various media a talent for art and ended up on the Daily Mail drawing column breaks and graphic illustrations after winning a Daily Mail competition and being spotted by the paper's chief cartoonist.
It was during the war that he started on his musical career. He once joked that Londoners were spending so much time in underground shelters during the war they were in danger of becoming troglodytes; this gave him the name for his band Wally Fawkes and the Troglodytes and also a shortened version, Trog, as his pseudonym for his cartoons.
Fawkes took a course at Camberwell Art College and it was there that he met Humphrey Lyttleton. They both played in George Webb's Dixielanders band but when Lyttleton left in ‘48 to form his own band Fawkes left with him and stayed until ‘56. He played sporadically with Lyttleton for years afterwards.
His cartoon character Flook ran in the Daily Mail for 35 years and Lyttleton and others including Barry Norman and George Melly contributed to the scripts for the series. It later appeared for a while in the Observer and he became the political cartoonist for Punch and other titles and finished at the Sunday Telegraph.
His music is best known as a band member with Lyttleton; his own band the Troglodytes was disbanded not long after the war.
The contribution that he and Lyttleton made extended far outside of music and both enjoyed prolonged careers. They are a type of talent not seen today, being able to switch in their careers and run parallel with the same success, Fawkes only gave up his cartoons when failing eyesight forced him to stop in 2005.
With Humph in 1983
From 1954, featuring Wally Fawkes and Trogs Blues
This was recorded in 1992 at the Bulls Head in Barnes, long a music venue for jazz
and my brother-in-law has played there with others and his own band for years
Not sure when this was actually recorded but it was released in 2012
And an early number with his own original band, the Troglodytes 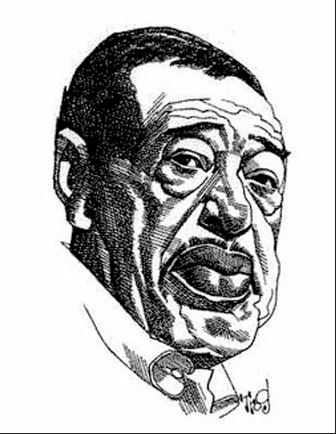