SATURDAY ESSAY: Faked images and the arrival of Photoshop, by Wiggia

Faked or staged images have been around since the beginning of photography. Politicians were quick to seize on the possibility of promoting themselves in a more favourable light from the start of film and photographers soon got the hang of creating a ‘better’ image.

In those early days photography being in its infancy had an almost magical appeal. The use of images as in today's world was not something the man or woman of the period could have comprehended; as with the magic lantern a forerunner to cinema it was indeed magic and image makers were soon quick to take advantage of that belief.

Even today it is easy to get sucked in. The reason for this post was I emailed on a volcanic explosion viewed it was said from a CCTV camera only for me to be ‘corrected by JD who pointed out the fake was in fact a simulation video. What gave it away if I had bothered to delve a bit deeper was the fact that the volcano, Sinabung in Idonesia, was in fact a land-based volcano, and of course claiming to be from CCTV footage explains the rather surreal ending.

Some of the first fake or staged photos came from events like the American Civil War. The one of General Ulysses S. Grant is a classic: 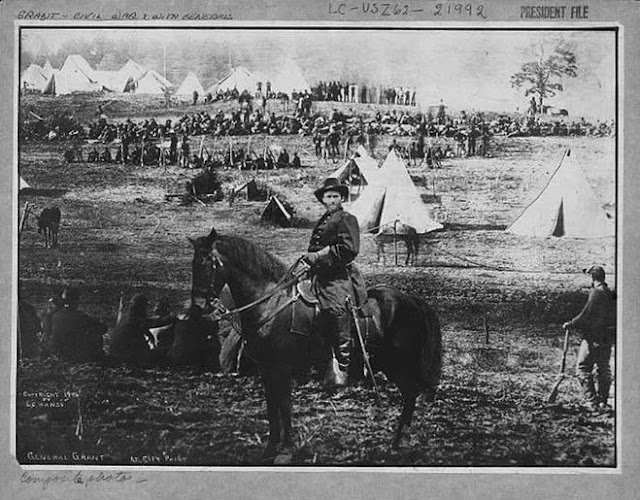 It came from three separate negatives: 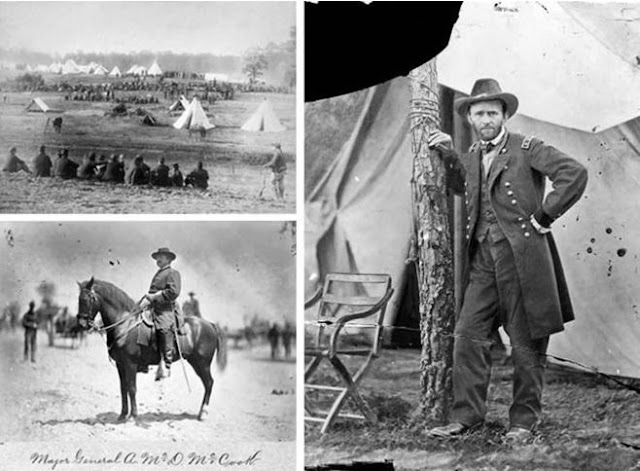 These early’fakes’ were much more enduring than those of today as general knowledge to what was going on in photo manipulation was simply not out there, seeing was believing.

The Cottingley Fairies is when you look at the images almost laughable to us today, kid's work, and it was kids who created the picture using paper fairies straight from a children's fairy tale book, yet adults believed it ! 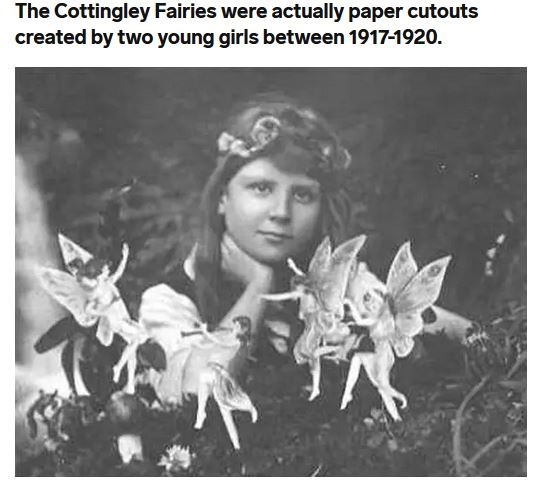 William Mumler's ghost photo using two images was another early attempt - and a successful one - to deceive. 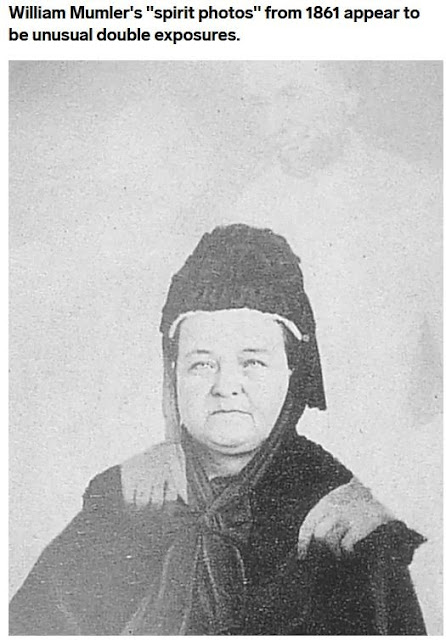 These early deception pictures fall into the same category as bearded ladies at the fairground and eight legged dogs: most were fakes, but the public fell for it.

The one photo that is not faked but is staged, that of the workmen having lunch on a girder 840 ft above the Rockefeller Plaza in 1932, has survived as an icon of the age. The bigger mystery is who actually took the picture: two different photographers claimed or are cited as having taken it, but there is no evidence they ever did; as to the real photographer, no one knows ! 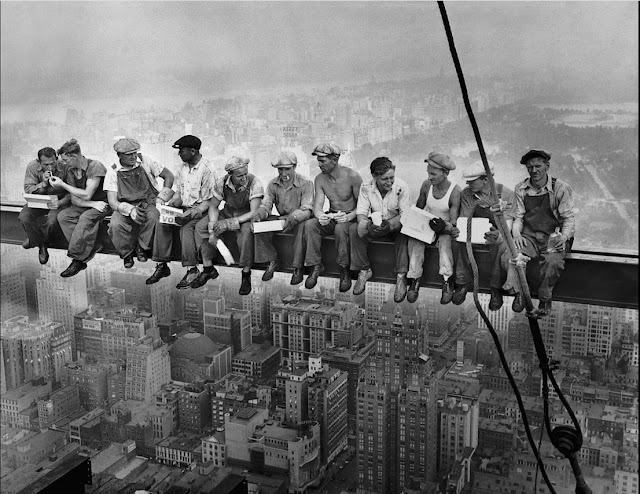 Robert Capa is renowned as being one of the best war photographers of all time (and for many the best), yet one of his best known images from the Spanish civil war has always been surrounded by controversy. It depicts a man falling backwards after being shot, but again many have doubted its authenticity saying it was staged. No one has ever really proved it was fake though a local historian has years later given the background landscape to a different area to that claimed for the photo, yet again he doesn't show the alternative.

Capa  answered later to charges it had been staged by saying “In Spain you don’t need tricks to shoot photos.The pictures are there, and you just make them.Truth is the best picture.” It was his first great picture. 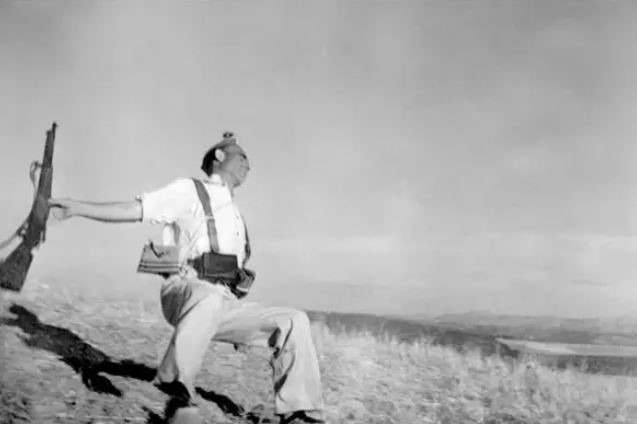 A similar iconic picture was the raising of the US flag on Iwo Jima in WW 11 by Joe Rosenthal. It was actually the second flag to be raised, the first was considered too small to be seen from another US strongpoint and a larger flag was then put up; this is the photo that resulted from that moment: 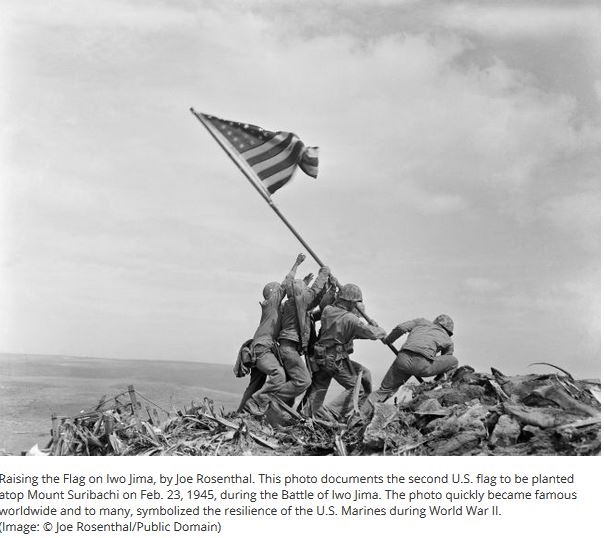 But even this caused a lot of controversy. Was it staged? Many said it had to be, 'too perfect in so many ways' was the most heard comment. Again the photographer denied any staging, and in war with so many hundreds of thousands of photographs taken occasionally someone gets lucky and it all falls into place. Staged or not, it has endured the test of time.

A more light-hearted picture was the Loch Ness monster of 1934. This was accepted as probably genuine for 50 years, until the truth that came out that it was a toy submarine with a hand-made and grafted-on neck, which destroyed the public's belief that a monster had ever existed. People did then, now less so. 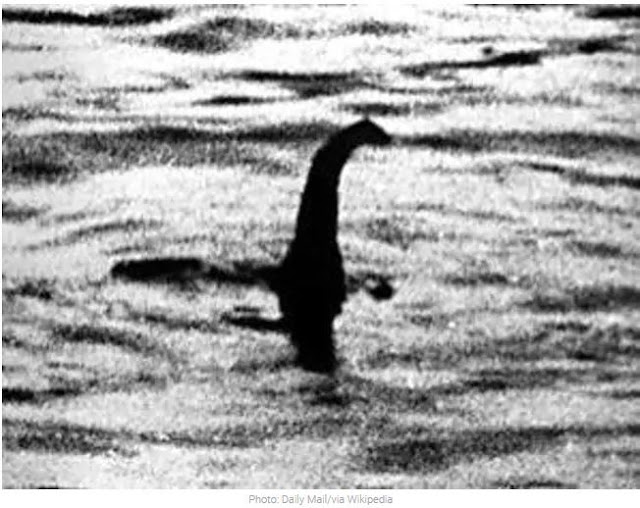 It was known as the surgeon's photo as the owner (he did not take the photo) was a London gynaecologist, Robert Kenneth Wilson; the rest can be found here:

The use during war for propaganda purposes of fake or doctored images was fairly common. The likes of Stalin and Hitler would regularly issue pictures with individuals removed and in many cases those removed were removed permanently; but few are memorable other than for the unfortunates.

In more modern times the use of photoshopped pictures has become quite common. With modern image editing software anything is possible and it becomes increasingly difficult to tell if something is genuine or not. A combination of staging and photoshopping has been used in the recent ‘refugee’ arrivals from the middle east to the near shores of Europe.

In cases such as those the pictures are altered to an agenda, one to promote sympathy for an aggrieved people. They are shamelessly political, something any journalist photo or otherwise should not be part of, yet photo journalism is no longer the realm of the professional - and even they are swayed these days - but of also the opportunist. Digital imaging has reached the masses and alteration and photoshopping are all too easy when an agenda is to pushed.

This one is typical of a whole swathe of the type - this one, for a change, is from Georgia: 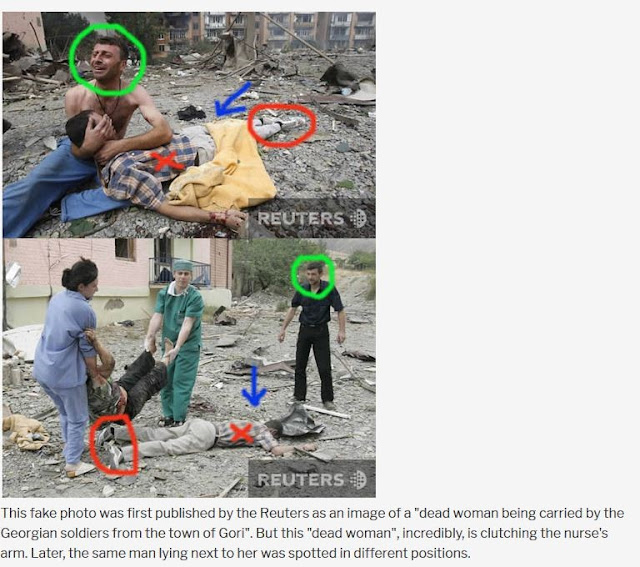 Already during the BLM protests images that are not telling the whole truth have been published, many show injured police from riots or protests from previous years and a video depicting alleged EDL thugs shouting 'f*** the police' was added on from a Chelsea football supporters' video from a couple of years back.

Even I with limited skills have faked holiday snaps. Unlike professional photographers I do not have the time to wait for the right moment or the right light or conditions; often the hour or so I have in a particular place will be the only time in my life I will be there so that moment has to do, and who would know when I show a sunny scene from far away that I have changed the sky, turned up the colours, given more sunlight to an area of gloom?

As the illusionist said ’now you see me...’ and should add 'and as never before.'

Don't forget the many fake pictures under Stalin, as people were purged and 'erased'.

In some ways, the idea predates photography, as the famous picture 'Washington Praying at Valley Forge', which was based on a lie told by a Baptist preacher during one of the Great Awakenings.