The TT races are a reminder of days gone by, an anomaly in today's motorsport calender that survives because people want it to. The TT races were the most prestigious in the GP calendar: it was the one race all wanted to win, to have on their CV.
All the greats have been there, won and been remembered for some truly epic performances over the 37.73 mile course. Its landmarks are etched into the history of the races: the Bungalow, Union Mills, Kirk Michael, Quarter Bridge, Snaefell mountain road, and many more, the aficionados can quote them all. There are roughly two hundred corners on this circuit and sixty of them are named, no circuit in motor sport comes anywhere near. It is unique; the only competitor to its fame is the legendary Nürburgring in Germany which is a fourteen-mile motor racing circuit as opposed to the road racing one that is the TT course.
The race lost its status as part of the GP calendar after the 1976 event. This was largely because of a protest after the death of a rider in 1972. In many ways it was inevitable that safety concerns would eventually mean top riders and manufacturers would start to question the validity of this one race; the cost for the manufacturers of a race that was in length with practice almost a Grand Prix season on its own and the special technical provisos for this one race started to add up to a deficit against any gains for a win.
The changes on safety grounds to the course over the years have been continuous but you can never make a road course ‘safe’, it is just not possible, so the TT had to revert to a different formula to carry on. Remarkably it still has this magic appeal to the fans in its comparatively watered-down state, if you can call 133-mph laps watered down! What the lap times would be with full-blown Moto GP bikes is frightening but that is not going to happen.
The TT has seen the greatest of racing motorcyclists and the same with machinery. Many of today's manufacturers cut their teeth at the TT, none more so than Honda who came saw and conquered in a manner that few could have envisaged.
This one two-week race fest was the shop window to the world for the Honda manufacturers, and the new (to Europe) trade teams made full use of a moribund British motorcycle indusrty and cashed in, in spades. 1959 was their first appearance at the races in the 125cc and 250cc classes; they didn’t win individually but won the team prize. That sort of reliability was remarkable for an outfit on its first appearance. The advancement of their technology going forward was nothing short of amazing, finishing when they pulled out, temporarily, of GP racing with the ‘greatest’ racing motorcycle of all time, or certainly the equal of anything before or since: the six cylinder 250cc and the 305cc model that was capable of beating the current front runners in the 500cc class.
For the petrol heads the sound of the Honda Six can be sampled here - as someone once said, it’s like an air raid siren:
And the two works Hondas of Hailwood and Redman: 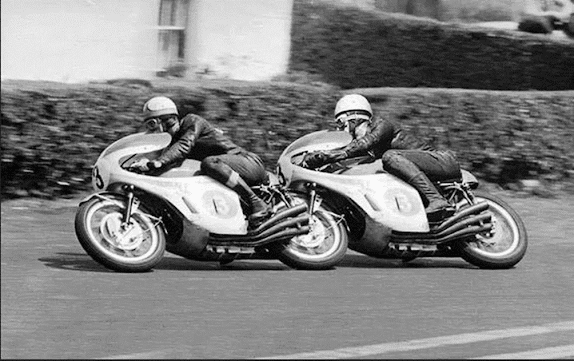 Since those heady days when the greatest riders competed on some of the greatest machinery on the world's most challenging circuit, the TT has clung on as an anachronism supported mainly by generations that remember the history and many riders whose holy grail is to ride the greatest circuit on earth. There is some truth in the latter: there is simply nowhere in motor racing that has a circuit anywhere near it in length and complexity and that of course has led to its downfall.
It is true you would have a job today to get the best of the world's riders to race there: they no longer do road circuits. For reasons of safety even the more interesting older circuits of some length such as the Nürburgring have been demoted from F1 and MotoGP partly on safety grounds and partly on TV viewing - those long circuits are difficult to cover and expensive, only Le Mans survives. 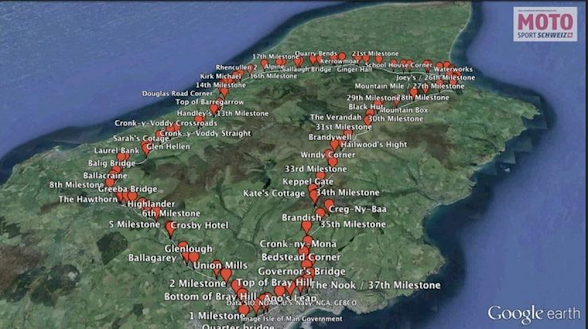 Will it continue? There seems to be no end to the number of riders who come from all over the world to test themselves against the mountain course, and it brings in a lot of bikers and others for the two weeks who in turn bring in a lot of revenue to the Isle Of Man.
No one needs reminding that all motor sport can be dangerous. Safety in track design and riders' equipment has made racing much safer in recent years, but at a cost: the circuits today have that sameness of character to such a degree that many are interchangeable and quite frankly boring. Silverstone, now for some reason our premier circuit despite having millions spent on it, is still an airfield at heart, a featureless bloody place - I know, I raced there - but money talks and better race tracks such as Brands Hatch and Donnington have been passed over.
The TT though goes on, for how long is anyone's guess. The sights and sounds of motorcycles going past your front door at 200 mph is a unique sight but an increasingly dangerous one. One cannot but think in this day and age, whatever one's leanings towards this two week jamboree on the greatest circuit on earth, that eventually someone or something will step in and say 'enough'. That will be a sad day but it has to be weighed against the death toll mounting year by year to what is now the population of a small village. Many riders it has to be said should probably not be racing there: too old, too inexperienced in this type of racing and in some cases just not good enough to take on on such a demanding course with all its dangers. The number who start in these races is much higher than a circuit race simply because they start in two’s at intervals so the size of the field is determined by the number who enter, not as elesewhere limited to the fastest 24 who qualify.
It may well be the ultimate challenge to race there but the question today is, is it worth it? 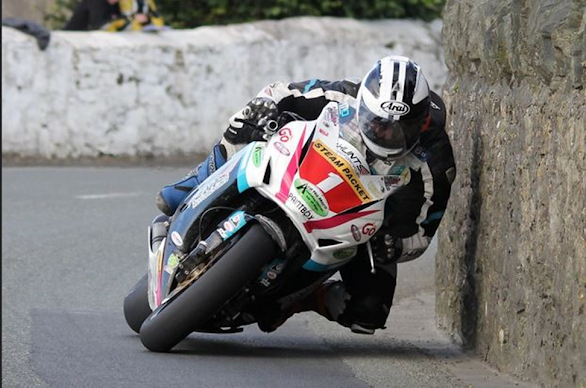 Since its conception the IOM races including the Manx Grand Prix later in the year has now claimed over 250 riders, three more this year as I write in the first week of racing. However much the adage ‘he died doing what he wanted to do’ is trotted out there is a limit when it becomes acceptable for so many to die. Yes it will be a very sad day when the plug is eventually pulled on this event, and there is no sign at the moment that is going to happen, but I think eventually it will; the memorials are running out of road, Better to remember what it was when it was the greatest motor cycle race in the world with the greatest riders all wanting to win and the manufacturers wanting the prestige. Despite the bravery of all who ride there today it is no longer the greatest and perhaps it should be let go before it is pushed.
That is only my opinion; the many who still go there and race there would tell me to 'do one' and I would accept that as I am aware where they are coming from; but time will tell, this carnage can’t go on. Nostalgia should not be enough for its survival.

This is a post TT comment from an ex rider, you can all make your own minds up......
https://www.crash.net/rr/news/1005417/1/keith-huewen-hickman-magnificent-five-isle-man-tt-deaths-horrendous