A couple or so of items caught my eye this week. The first was another announcement from Bojo on how to waste our money, and it is always ours. 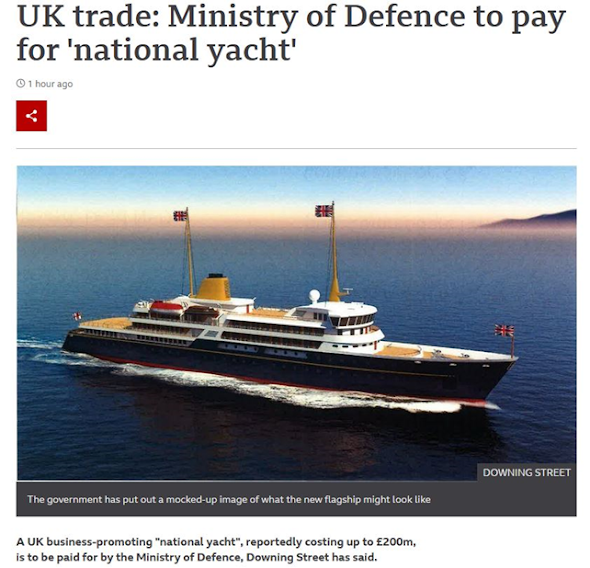 To be paid for by the MoD... as the MoD is using the same money as everything else the government uses that is just double talk. What he was trying to imply was there would be no extra money being spent on this vainglorious waste of time. It could be the MoD will cut our defence spending even more to make room for this pointless exercise, who knows these days, we are rarely told the truth about anything.

Do we really need a ‘national yacht’? Which other nation uses a floating gin palace to exhibit its wares around the world and would anyone else contemplate such a choice? It looks to me like jollies for all again at the tax payer's expense.

£200 million: when was the last time a government project came in on budget?

It could have spent the £200 million on some much-needed coastal protection vessels, but that would have also been a waste of time as the few we have are only used as Channel shuttles and we wouldn’t want to increase the inward flow even more again at our expense.

Bojo ‘hopes’ it can be built in a British yard. To be honest, what a cringe-making statement: a vessel made to promote British goods and services is made in a foreign country? Sometimes making it up is easier; no doubt a yard in Hamburg or similar is already drawing up plans, I would love to be wrong but the irony is too strong.

When this was offered up as an idea, someone somewhere should have said nah, but it like HS2 will go ahead anyway; while the printing presses are running there is no stopping this government hosing our money away.

And now for something completely different. Our phone use is quite limited these days as we are both long retired, I have a good SIM deal on my mobile which fits my lesser needs these days and a combined broadband and landline package.

We all pay the monopoly Open Reach a twenty pound a month line rental charge which is in itself a rip off as you have no choice, but there is another matter which slipped under the radar: our package including the landline phone that is rarely used these days has free evenings and weekends as part of it, not free of course but cheaper. What I never realised was the fact that calls made during day time in the week were so bloody expensive, I was still under the assumption that landline calls were always cheaper than a mobile; wrong!

It was the fact that our having just moved house, the phone was used a lot more than normal contacting tradesmen suppliers etc., and I expected my monthly bill to rise so did not check the details, just acknowledged the final figure; but a very long call trying to get through to that other monopoly our GP surgery made me look out of curiosity at that monthly statement and I could not believe what I saw: they actually have the cheek to charge 25p a minute for daytime calls including a connection fee. I know with what I would like to connect, it has to be the biggest con in all our utility charges. How on earth can they justify that on top of a £20 line rental?

I had to check around the other providers as I thought there was a mistake, but no they are all similar.

I stupidly assumed that landline calls were around a 1p a minute, which they should be, there must be hundreds of thousands of old people who are not digital age savvy who have no idea what their landline is costing them. It's an absolute disgrace to charge so much, no wonder so many are ditching landlines all together and using their mobiles for everything; even my old Nokia emergency phone on PAYG is only 2p a minute. 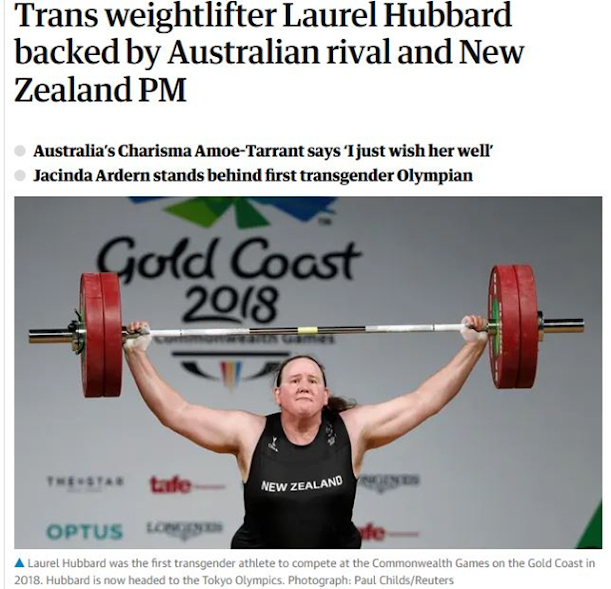 And lastly something that was always going to split opinion and could turn nasty as women's sport becomes a playground for those men who failed as men in sport but could be winning as trans women.

The various sporting bodies have had more than enough time to take a view on this but the woke world we live in now has hobbled their answer to the question. An awful lot of medical facts show whatever medication to lower testosterone is taken, people who grew up as men have a built in advantage in power and bone structure.

It is noticeable that so far those who have transitioned and suddenly declared an interest in competing in women's sporting events are all well past their sell by date as men, and most are appearing in what could be called the less glamorous sports or versions of sport like masters events. Again, for the older transition-er, whether or not Laurel Hubbard wins in weightlifting in Tokyo is not really the point, what has happened is that a wedge has been driven into women's sport and the door is being prised open to accommodate trans women.

When I was cycle racing many moons ago at a decent level on the track, the East German machine was well in action producing endless women champions, all on drugs that gave them much of the power of men. Anybody who saw them close up was looking at something from a horror movie: muscled beyond belief, hair on the face and elsewhere and setting world records few could approach. It was wrong, they hid behind the Iron Curtain and got away with it for years; it made a farce of many women's events in many sports.

One thing that is never mentioned in all the prattling that has gone on as to whether any of this has a place in sport, is the fact there is not one example of a woman changing to a man trying on the same scam because it would be a waste of time; it only works one way, but no one dares to speak out on the fact, so cowered are they about saying the wrong thing.

As Sharon Davies, brave lady, has said they are gaming the system, and they are. It hasn’t really started yet but when those more youthful start to go down this path and claim they are women there will be a big problem. Also, n this day and age people will do anything to make money or be noticed: note the number of TV programs based on people with no talent other than being able to make idiots of themselves with no shame as long as they are in the limelight for their fifteen minutes of fame.  Changing one's sex is just another way for some to be noticed; the parents who put little boys in dresses and claim the children want to be something else is another example; a small section of the gay community can’t wait for a Pride parade and get their willies out in public as has happened.

The fact that the NZ government and their woke feminist PM Jacinda Ardern have come out and backed their weightlifter is no surprise.

In boxing they have a bigger problem and it has already raised its ugly head. In a physical contact sport like boxing any man-held physical advantages are positively dangerous. How any trans is allowed to compete against women is beyond comprehension. Women's boxing is very much a minority sport anyway but is this one ripe for the trans mafia to compete in? This example shows the danger and the simply mind-numbing indifference by the sports controllers. The trans community would appear to sanction what could be legalised murder in favour of hurty feelz. We live in strange times.

Women's sport is on the cusp of being made irrelevant. The answer is of course to have a separate category for trans athletes, the competition could be put on in the Coliseum in Rome where they have a history of one-sided competitions put on for the masses.

And finally, as Scotland once again fail to advance in the European Football Championships, not all is lost for the fans... 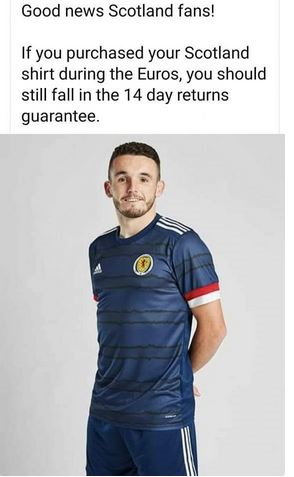 I saw some studies of performance of men-to-women transgender athletes which showed that, once the testosterone was at female levels, their performance was no better than the women.

Not true, if the man has passed puberty before any sex change drugs and procedures are taken, he has a significant bone mass/density advantage that stays with him whatever the testosterone levels are.

I give you this link because the author is being careful not load the answers without giving another viewpoint, yes any advantage can vary, but the overwhelming fact is that the trans athlete has an unfair advantage, however in this all are equal world very few will speak out in those simple terms for fear of the backlash from the LBGT++++ activist community in this so sensitive world we now live in.
I could supply links that don't even give any benefit of doubt to the trans gressors! and there are many from the same community that believe any discrimination falls under the we are not equal banner whilst ignoring the scientific facts.
https://sportsscientists.com/2019/03/on-transgender-athletes-and-performance-advantages/