We Want Plates! - by Wiggia

This was prompted by a piece on the David Thompson blog and my personal antipathy to much that calls itself trendy in the strange world of modern celebrity chef led restaurants.

I wrote some while back about the modern practice of decorating plates rather than putting food on them, but that has been pushed aside as the current trend for serving on anything but plates gathers momentum. So much so that a website and Twitter account seeks out the ridiculous levels this diversion from food itself has reached; it has been spoken of as "performance art" by those up-their-own-backsides "hipster" chefs  !

The desire to get bums on seats runs perilously close to insanity in some cases but the modern world takes it all in its stride as little seems to shock or surprise any more: restaurants with toilets for seats, another with urinal pots holding flowers on the table seemingly gather a clientele that thinks these gimmicks are worth paying for; so be it, it's their money.

But the replacement of eminently proved and practical ceramic plates is a step too far. It could be said that this trend is nothing new - chicken in a basket was around long before the advent of the plate substitutes, as was the Chianti bottle wrapped in raffia and adorning Italian restaurant tables as a lamp throughout the land even in the fifties (this latter, believe it or not, is making a comeback.)

The wood, the slate, the half brick, the paper towel all run parallel with strange new ceramics that are designed to frustrate the diner. A nine-inch surround to a plate leaves a deliberately small area for food and nowhere to put your cutlery unless you want it to slide into whatever is in the middle; the bowl with a top rim at different levels is very near to the aforementioned urinal in shape, so could they be trying to tell us something about the food therein? Or the extreme oblong plates that make eating akin to playing the piano.

The platters, as they are known, have recently come in for a food standards agency fine in one Birmingham restaurant, having not been cleaned properly and looking repulsive - this after a previous warning. This event has kick-started the fight back against the "anything but plates" outfits (and there are many of them.)

I first encountered the slate plate some years back in a Michelin starred restaurant that served a fish dish on the slate. The peas were served in a small bowl that sat on the edge as for obvious reasons they could not be served on the slate - what was the bloody point? I laughed when it was served and the chef/proprietor was not amused when I asked for a plate: he explained it was part of the presentation - back to performance art !


Anyway here is a selection of the extremes that today's restaurants go to to divert your eyes  and thoughts away from the actual food, starting with the wonderful example of a full English on a grease-proof paper mat on a board with the beans in a coffee cup and the coffee in a jar ? 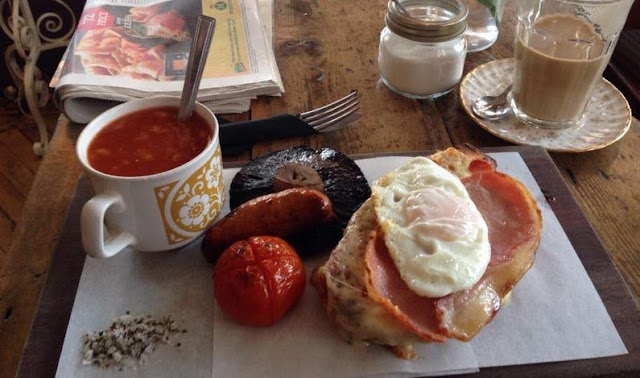 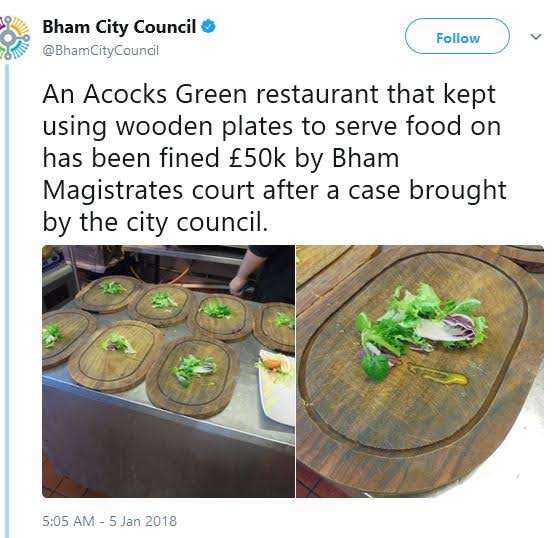 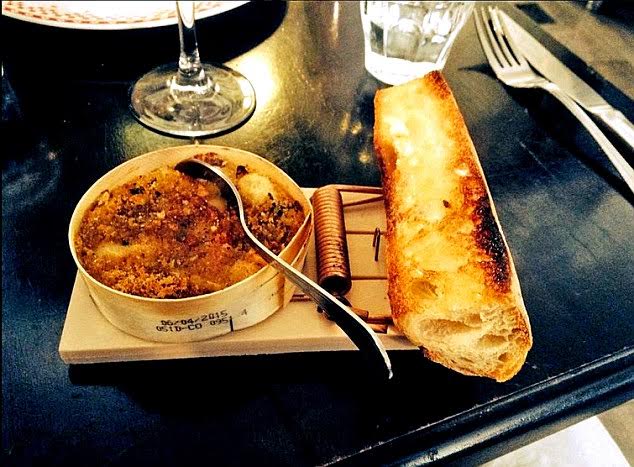 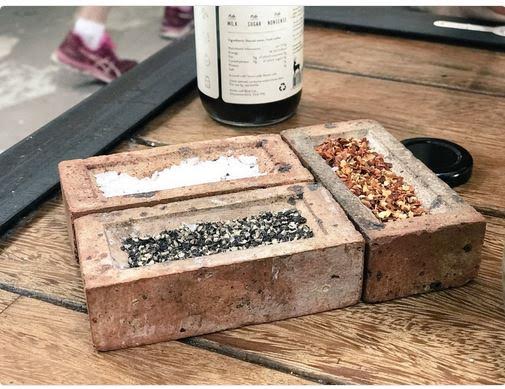 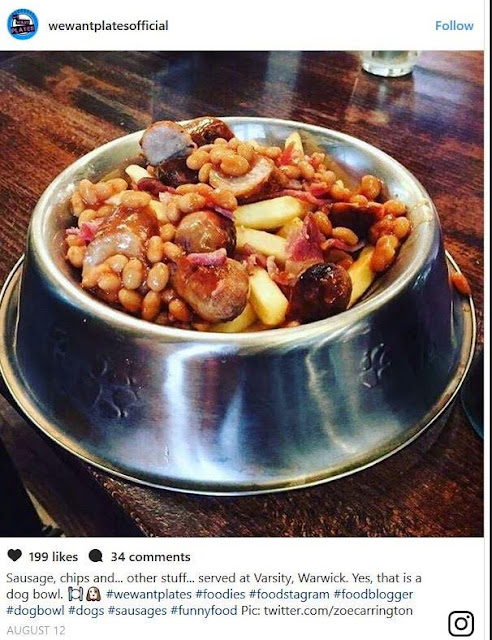 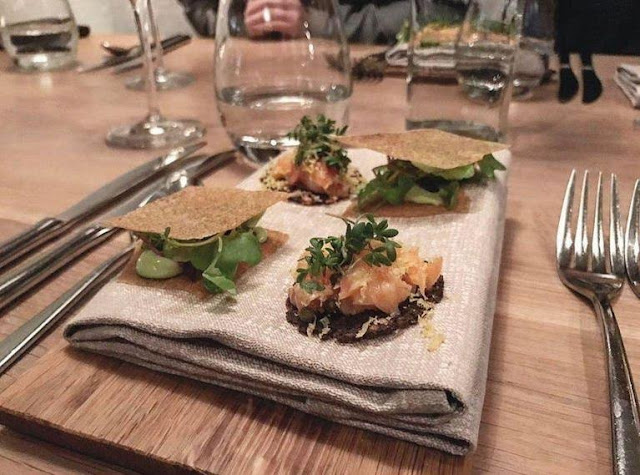 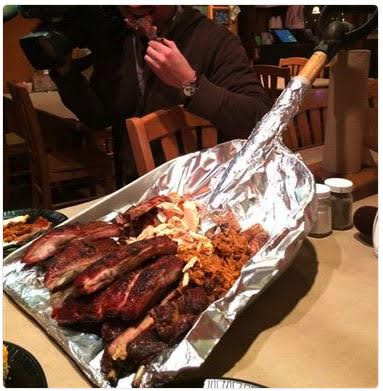 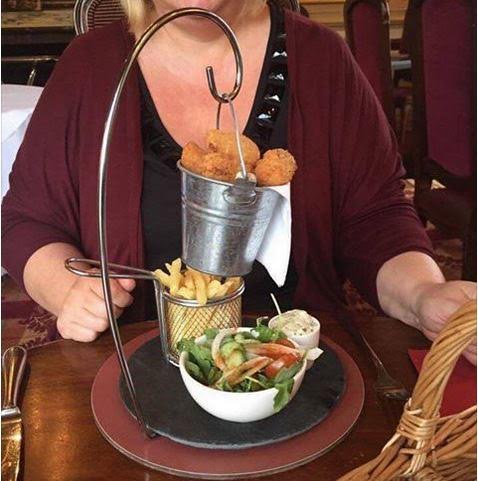 Since eating out is a social entertainment event for us, I have mixed feelings about this trend. I would personally avoid the eating in darkness trend.

By the way, I couldn't get the pictures to display.

" the eating in darkness trend."
Came across a good example of that in France last year where the restaurant was turned into a cave setting !, had difficulty finding the table, another distraction from the food served which in this case was s***.
Put the two themes together and we have a perfect storm of accidents in restaurants, bricks on toes shovel handles in eye rat traps smashing fingers, performance art at its best.