Clownworld: the advance of minority rights, by Wiggiatlarge

In the last few years claims from minorities have become a deluge in the advancement of perceived rights that should apply to the majority regardless of the miniscule size of the claimants' groups.

The Equalities Act has a lot to answer for; not for the fact that equality in many areas should be enforced, but in its backing of absurd extensions of what most people would consider not worthy of discussion. let alone the implementation of laws.

Consider the vegan who won a case against his dismissal for saying funds used by the League for Cruel Sports were invested in firms (among others) involved in animal testing, I have no idea to what percentage of the League's funds were used that way but knowing the way they operate it could only have been an oversight, not a deliberate act. 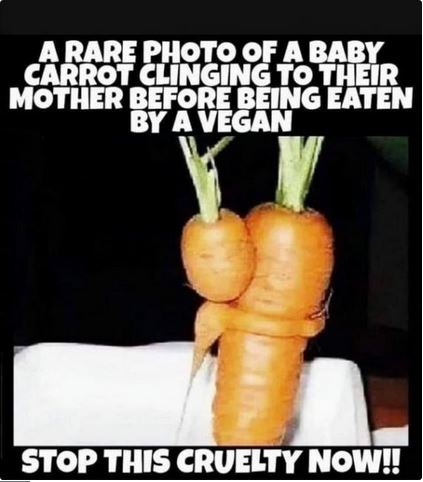 His case was upheld and being an ethical vegan is now philosophy or so the judge in this case has decreed. How he arrived at that is anyone's guess (unless he himself is a vegan !) but surely being a vegan is simply a lifestyle choice.

If it is not challenged it opens yet another Pandora's box for every minority belief to have the same rights as everyone else in banning, refusing, demanding all those items that affect us all.

We already have Pastafarians: the Church of the Flying Spaghetti Monster is awaiting a European Court decision on their being a legitimate religion , and they have already gained the right to wear a colander in their driving licenses and passports. This ‘religion‘ is of course a joke but only to a degree, it was formed to show that those who can claim special rights for their  religion are simply no different or should be to any other group claiming the same. It has to be read to understand where they are going with this…….
https://www.theguardian.com/world/2019/sep/18/documentary-follows-pastafarians-strain-for-recognition
In the world of minority rights they have a very good point.

Back to the vegan. I have no problem with anyone who wants to eat the way they do, most of us eat vegetarian meals without a thought that they contain no meat, that’s fine. But vegans - and the same goes for them as for Pastafarians - have a lunatic fringe that (like the eco fascists) want to impose constraints on the eating habits of everyone else. And that is where this ruling becomes problematic, as it gives license to believers to change e.g. workplace habits and company trading practices, even when they are in a very small minority - often just one, as in this case. 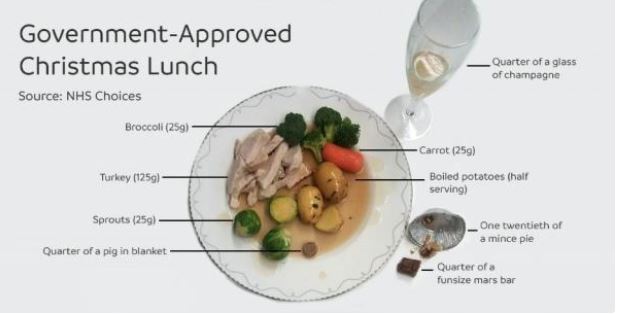 As can be seen here they have already tried and are trying to have the plastic banknotes removed because a minute amount of tallow is used in the finishing process. Tallow contains beef and pork extract so you have a double whammy there with Muslims wanting a change as well. Will it happen? In our current clownworld climate anything is possible, as no-one in authority these days ever seems to stand up and say enough is enough; apologies and repositioning are the form of the day.
https://www.telegraph.co.uk/news/2020/01/03/vegans-could-legally-fight-unethical-banknotes-following-landmark/

Yet in nearly all of these legal challenges, such as in the "Christian bakers" case, it is nearly always those on the fringe of these beliefs/fads/lifestyles that want to push for their beliefs to become mainstream regardless of any logic; in fact logic, common sense, listening to valid counter arguments are never ever contemplated, it seems.

The vegan is typical of that group described above. His regaling of his private life and the way he lives it should be a matter for himself, but no, it becomes part of his agenda to promote how serious he is about his beliefs.

The downside for him is that it reveals  he has not thought through what he says. In most arguments one can pick out discrepancies in another's logic, but when you act and talk total cobblers it totally shreds what you are trying to put across, which makes this case even more worrying in the pattern it is setting.

Apparently, as well as wearing clothing that contains no animal by products, he also will not travel on a bus because of the number of insects and birds that are killed by vehicle strikes; taking that to its logical conclusion all forms of transport are bad, including walking as each square meter of land contains on average 2700 insects; and I suppose houses are out for living in because of the number of birds that commit hara kari flying into them. Why does anyone give people like this the time of day? If he and his ilk want to live on a remote island rubbing sticks together to keep warm (though I imagine in their world the fire created is polluting so that is out) then please do so and leave the rest of us out of your plans. 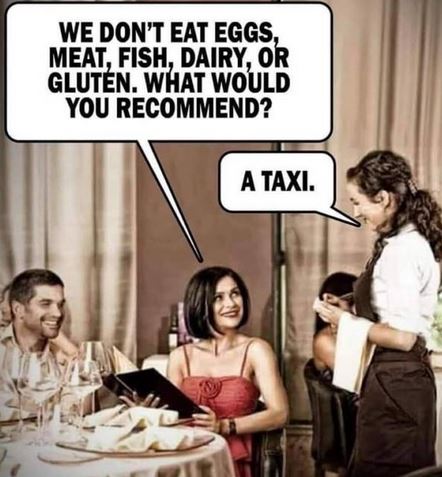 The banknotes case brings more nonsense to the fore, though I should not give extra material to these devotees of the absurd: the tallow involved that is their target for objection is of course used in many other things: as an additive in fuels and lubricants, in salves and ointments, soap candles (think of all those vigils they lit up using evil animal by-products), plastic bags - they are evil anyway, make-up, bike tyres and ‘crayons’; so even Angela Rayner is toxic as well as dim.

What is worrying is that these people continually get traction for their ideas in the press as in this (where else?) Guardian piece, ‘We are all vegans now’ (not really just 1% of the population are vegetarian)...
https://www.theguardian.com/commentisfree/2020/jan/04/were-nearly-all-vegan-now-but-lets-still-honour-the-original-radicals

And the politicians love to hang their hats on a perceived new popular trend, especially if it can however tenuously linked to climate change - there's big bucks in climate change.

The current Australian bush fires show how taking notice of Greens can have serious repercussions. Already we are seeing the negative consequences of decisions taken because Greens promoted and pushed forest management measures that ensured fires could start and spread more easily. The fireman who was fined for clearing a fire break round his house against the new laws had the last laugh, as his was the only house in the neighbourhood still standing after a fire swept through it.

We can only hope these fads - for that is what most are - and the misinformation that goes with them do the right thing and die an early death, as one thing's for sure: if all these ‘requirements’ are met, and approved products and food and sustainable energy come to pass, we will become impoverished. The costs are breathtaking and for what? The climate will change if it's going to anyway; culling all the cattle will not make a shred of difference and those that propose we should re-forest all of Britain or try to grow crops on land fit only for those now absent animals are deluded.

The culling of of many of those constantly pushing for these measures would be a better bet and it would reduce the population at the same time, which is a much bigger problem than all their perceived ones.

Still we all have the now obligatory Pride Parades to look forward to as an annual event in a town near you and can gasp in wonderment at the explicit displays and the Police engagement, something that the few gay people I know view with horror and have nothing to do with; anyway, penis socks are ‘so’ last year!

How can you tell if a person is a vegan? You don’t have to. They’ll tell you.