A very happy Christmas to all, from Wiggia

At the end of what can only be described as a horrible year on so many fronts, with pestilence and politicians vying for the top spot on most people's hate list there has been little to raise a smile and less to raise a glass to.

Of all those stories that have been swamped by the endless bad news and prediction one stood out for me; I suppose in a year when man buggered up almost everything he got involved with an animal story was the perfect antidote. 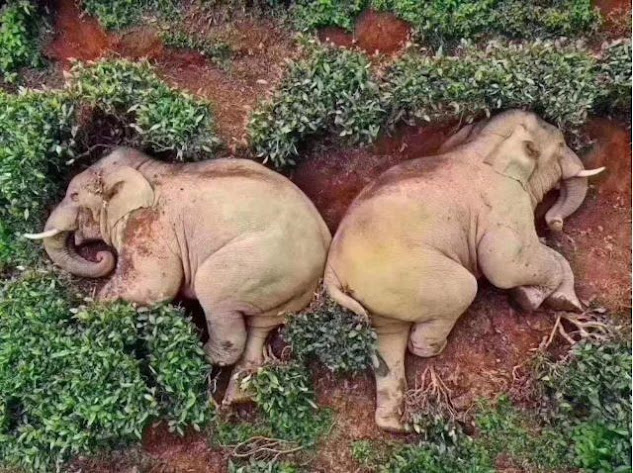 These elephants were originally said to have raided a corn wine store in southern China and got drunk. The story went viral and the picture above of them sleeping it off was shown world wide. Subsequent information claimed they were not drunk but just resting; by then no one cared, it was just such a good story true or otherwise, after all we have lived through a year of disinformation and all of it was doom and despair, this story was not.

So sleeping it off or just resting, either way the elephants showed the best way to beat the blues: find a nice spot lay down and forget about it all.

Cheers and a happy New Year!