WEEKENDER: The Energy Crisis, by Wiggia 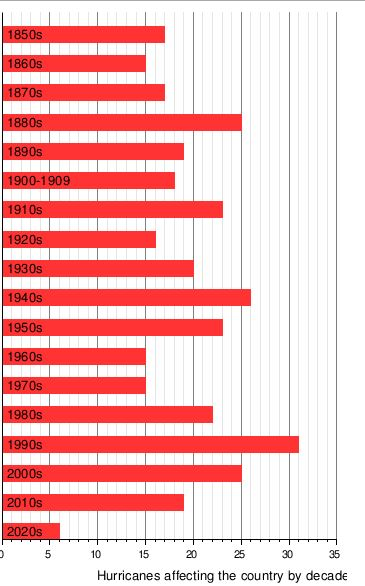 You can always cherry pick statistics to say what you want either way, and use start and finish dates to suit your message. What has to be grasped is all of this is being used to push an agenda that assumes man has caused any differences. With Boris now blaming his own country for starting the industrial revolution we are not arguing on a level playing field; everything coming from government is skewed towards 'Net Zero' whatever the costs, and we will all pay if this lunacy continues. Our hope is that the facts on what is simply not achievable for practical reasons will filter through and as with dates already being pushed back some sense will be seen before untold irreparable damage is done.
Apart from the zeal of CC activists and believers, vested interest parties need to be exposed. The enormous subsidies being granted in this area would sway any company to join the troughing currently going on.
I am not sure how the ‘back in the ground’ slogan being used by energy companies now tied into the renewable scam pans out. It is surely again, not beyond their reason to realise that all the by products of oil that the west takes for granted in everyday life, the much maligned plastic and other polymers, would have to be sacrificed and a substitute found. Good luck with that: replacing plastic straws is just one small thing. The same goes for the thinking behind eliminating meat products: again if the goal is reached, which I doubt, all dairy products, milk, cheese etc. will either disappear as well or the limited amount produced will become very expensive, another point never found in the CC manifesto.
Why does this matter? Because most of the world leaders and governments, certainly the western ones, are in thrall and fear to CC activists and groups and are prepared to throw the population to the dogs to achieve a net zero at any cost - not a cost to them of course, just the little people who pay for it all.
But why this lack of of rational thinking, why is no one in any position of power standing up to the baseless measures being assembled, why the mantra of ‘build back better’ being uttered by all the world leaders at the same time? Is it they have no thoughts of their own in their heads, or is there actually some truth in the conspiracy theories that global business have the power to influence way beyond their normal reach?
If you discount that last point, why is all this happening? None of it makes sense. Is the energy crisis which is largely a gas demand shortage just an excuse to jack up energy prices to slow the use of auto mobiles and force the changes in travel and home heating they want to introduce? This fits in nicely with the CC objectives, but my guess is as good as yours.
What we are seeing happening is a series of costs rising at the same time. The post virus age is a very good base on which to raise taxes to pay for the mismanagement of so much; billions are being thrown at the NHS which will not, for the general public, make a jot of difference to the non service most are getting. Social care is now being paid for as I outlined before, on three fronts: council taxes are being raised by the maximum next year, National Insurance is being raised, and energy costs are going up now and next spring by rates not seen before.
With many private sector workers not having had pay rises in the last 10 years anywhere near keeping pace with inflation which itself is now rising higher than for years, the future is bleak. Anyone who has been near a supermarket has seen the price rises coming through; energy costs add to this and further rises in basics can be expected.
How all this squares with the 'triple lock' inflation protection being discarded for the worst paid state pensioners in Europe is not something to contemplate with any relish.
The energy crisis is very real for the medium term. Our total lack of forward planning for infrastructure hits everything. The area in the firing line now is energy production: you don’t build nuclear plants overnight, especially here; we may be temporarily able to ‘buy’ our way out in the short term but the cost will only add to the misery of those who work on low incomes and pensioners who rely on a state pension.