I plead guilty to that! Starting at school, as we all did surely, with Scottish country dancing. And then in the Church's youth club trying to master the waltz- stomp two three, stomp two three! And then into adolescence and the local palais de danse followed by local jazz and beat clubs where it was the jive and twisting the night away. Further down the road, I met an ex- Bluebell Girl who tried to teach me the tango among other things and one night, after the cabaret show she was in, she and I along with the other dancers moved on to a bar somewhere in the old part of Madrid where 'the show' continued - dancing and singing and a glass or two - the joy of life arises in such moments. And now I find that my local working men's club has dancing most nights of the week and it is very popular. That is good to know and it shows how these things go in cycles, in and out of fashion; as long as there is music, there will be the urge to get up and dance.

Now that I am ancient and with limbs that creak, dancing is a fond memory but I reckon I could still dance as they do in this first video! -

""Jesus says that God’s grace is dancing, and that they ought to join up with it. “If you don’t dance,” he says, “you will never understand who God is, or the joy that could be yours.” (“Ye who dance not know not what we are knowing".) It’s like the people at parties who, for either lack of interest or self-professed lack of skill, just sit on the sidelines of the dance floor, observing the fun from afar; they don’t understand what’s so great about dancing, because they’ve never experienced it for themselves. If we would only let go of our fears and insecurities of looking stupid or not being good enough, we would find that “dancing” (worshipping God, and following his lead) is a very fun and fulfilling and natural activity—it’s what we were created for."" 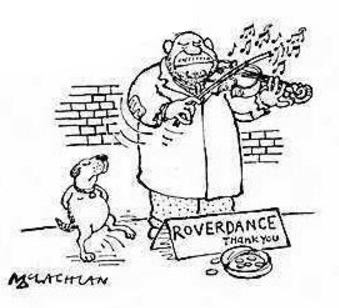 A few of those are known. I'm doing a JD fest at my place too, so there'll be enough Chrissy music to go round.