An Unwanted Imposition Averted, by Wiggiatlarge 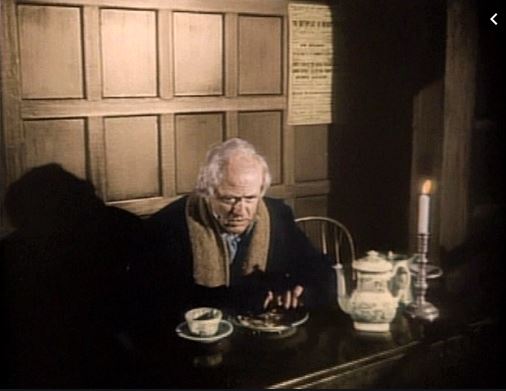 I thought I would get this in before the spirit of goodwill, over indulgence in alcohol and food stupefies us all for a week or so and quite rightly numbs the truth out there on where we are.

The news that President Macron has said the ‘Dry January’ campaign for France for this coming January has been abandoned, no doubt after much lobbying from the powerful French wine industry, is good news.

It was supposed to follow our own Dry January put in place last year.

This is all part of a creeping authoritarian desire by certain groups and organisations through government to get the “little people”  into line on certain issues.

I am pretty sure the government would have liked to follow Scotland with the minimum pricing racket but feared a backlash, no doubt it is still on the back burner should they need extra taxes to fund theirs and all the parties involved in these pantomime elections' ludicrously expensive promises to the electorate.

Behind all of these trendy fads is an industry waiting to get out, in many cases the industry exists and just needs that official rubber stamp to get into full subsidy mode.

The vegan push from what is a small, but as we are constantly reminded ‘growing’ minority is a case in point: never a day goes by it seems without some celebrity informing us of their virtue by having given up meat to save the planet. I wonder if they ever think how it looks when the likes of Leonardo de Caprio tells us to stay at home to save the planet while he jets off to another climate conference, or Lewis Hamilton telling us we should all give up meat to cleanse the air while he hurtles round race tracks world wide burning fossil fuel - the ‘evil’ fossil fuel - at an alarming rate and of course uses his private jet to get back to his Monaco home. All of them, and there are many, must deep down realise that they look ridiculous; or maybe not, it really is for the little people only.

The organisations that want change in whatever form all start with the premise they are saving something, lives, lifestyle, the planet, and all require the little people to help with donations or to change their way of life because x says you should.

Amazingly nearly all have gained traction over the years and all morph into subsidiaries of government, even having the ear whenever they like of ministers and top officials, and even a place at the table for government meetings on relevant issues. None of course have been voted for and very few people who donate realise what they have become.

It is only when a disaster for a ‘charity’ such as the Save the Children’one of a short while back emerge that some relevant truths unfold and the same organisation has been found to only spend 7p of every pound on their actual work and only 3p on the children whilst the CEO rakes in 174k . We have become so used to the adverts on TV asking for the obligatory £3 a month I am sure many just sign up without ever delving into what that organisation actually does. Water Aid or Action Aid has been asking for the £3  a month for it seems decades to supply clean water in in places like Africa; if they have actually spent the money on wells and pumps Africa must be like travelling through a ski slalom course, there must be so many pumps and wells there, but are there ?

So no wonder new organisations are on the look out to start up and get on the gravy train of public largesse whether direct or through government. ER is but the latest to flex its muscles and threaten dire consequences unless we all toe the ER line and give money. St Greta of Hamburger is just the latest icon that vulnerable idiots will get behind despite being a puppet and a fraud: the latest yacht trip that has all eco loons frothing at the mouth turns out to have had the crew flying to the States to bring the sainted one back so she can speak at the climate conference in Madrid.Nnotice how she walks straight into these events, partly because no attendee would have the guts to say what a sham it all was and the rest see $ signs down the road which she can assist in acquiring, through, you guessed it, the tax payer.

The taxpayer, that forgotten ingredient in any spending spree justified or not is a big part of all the major parties' promises for this election. However many actually come to fruition, you can guarantee waste, corruption and pocket lining on a major scale - we haven’t reached Italian levels yet (think of Venice), but we or they are learning fast: MPs' expenses are back above ‘scandal’ levels and not a peep.

The Labour manifesto for what it is worth promises all sorts of eco policies involving huge amounts of other people's money so they can claim to be greener than anyone else; and if these plans are carried out large sections of current production in this country will go to the wall - the Green Agenda will not replace any lost industries other than on paper as nearly all are subsidised, so higher and higher energy prices are inevitable.

The manifesto is worth at least a deep scan as within it further restrictions are hinted at and indeed promised as we 'must' improve our carbon footprint even if the country goes to the wall achieving their aims.

I don’t think I have ever read as much political unachievable propaganda in one go in my life. It is full of malfeasance, fantasy and downright lies. It is a socialist utopian upland with all living the dream at someone else's expense, and this is just the green part of their spending plans. The sums are enormous and will bankrupt the nation if they take this path, and all for what? We sit on 400 years of coal, and fracking would produce gas, but fracking is dangerous they say despite no danger anywhere having been recorded.

I would lose the will to live if I read the other parties' equivalent to all this but I doubt there would be much difference in approach though the projected numbers may be less. But these are only manifestos; as we are all aware they mean nothing to a party that gets power, after all, that is all they really want.

What we can be sure of in the not so distant future is a further restriction on travel, either by limiting the mode of travel or pricing. Alcohol restrictions as in the Scottish example will no doubt be a starter for ten Then there will be guidance on what food you can eat, as eating the right food saves the planet! and releases land for crops - though it doesn’t as grazing land is not suitable for crops, being mostly thin topsoil over rock. Energy will rise in price and be rationed as our capacity to produce is way below the needs of the eco revolution and will stay that way for decades through our lack of investment in infrastructure.

Having said all that it hasn’t happened just yet so I am putting up extra Christmas lights, at least another two thousand, as a small way of thumbing my nose at the lot of them, a sort of mini Deck the Halls, as I am pretty sure Frostmas or whatever it will be called along with nut roast and candles is not that far away.

Have a good one! 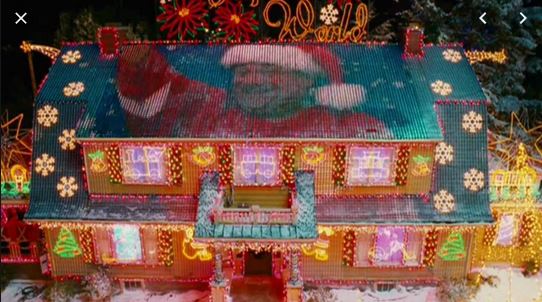