Real life: does it really reflect dreams? - by Wiggia

I had one of those days when all seemed quite normal. I had an appointment at the optician's for a hearing test - that is not a mistake, as many do both now in this competitive world.

What was strange was the way the day panned out: a simple visit to town for a bog-standard test and the appointment ended up being a carbon copy of one of those dreams we have.

Or the ones where you are trying to communicate with someone who can’t hear you and you are being pulled ever further away.

Many of these dreams are recurring in theme, the desperately lost being the most common, well for me anyway. And then this is usually compounded by finding that you have no money to pay for a train fare and the car is totally lost to you. Sometimes you cannot even get to the right area to find the car or station whatever as ever more obstructions are put in your way. Of course you rarely ever have a final ending to these dreams as you wake up before the finale, or that is how it seems.

One of those great changemaker films of cinema was based on those sorts of dreams: Federico Fellinis  8½. I include the great opening sequence and other snippets, partly as an excuse to see the wonderful Sandra Milo - she is briefly in the opening sequence; I lusted after her then and she always remains a symbol of the unattainable. 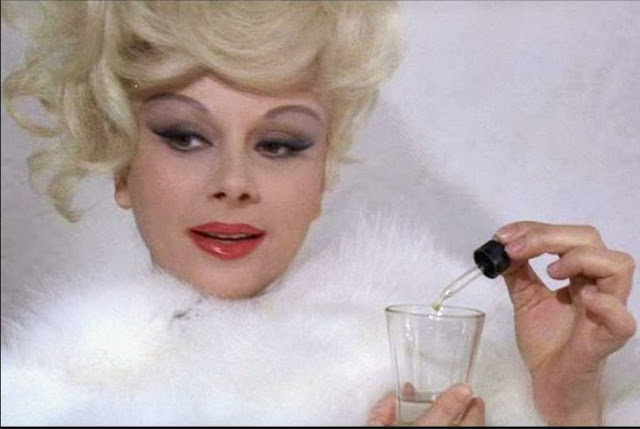 As with the dreams everything started well, with plenty of time to take into account the extra traffic in town, and as I came off the ring road I was grateful (though if I had known the future I would have taken it as a portent of things to come), as there was a traffic incident on ring road ahead of the turnoff and the vehicles were at a standstill. Lucky me, I thought.

On I went into the city center with no further hint of problems and as I arrived near to my destination I made the fatal mistake of changing my normal plan. The car park I use for the optician's is not a big one. Being the nearest to the city centre it is the most expensive and at the back of my mind that may have had an influence on what I did next.

As I approached the roundabout leading to the road with the car park I noticed one of those signs that inform of the spaces left. The number indicated for the one I wanted to use was very low so I thought rather than enter, not be able to park and end up having to exit and start again, with the chance I would be late for the appointment, I would instead go to the other car park that is a similar distance from my destination.

No problem getting in: a huge below-the-shopping-mall labyrinth of a place on several levels, all below ground. I parked the car got out and looked for the exit.

It all started there at that moment. I have never used this car park so had no idea about the exits. After walking around a bit there appeared to be no direct way to the outside. In fact there wasn’t; the only way out was up by the lift or escalator into the mall itself. I had asked a couple of people if there was an alternative but needless to say they were new to the area and had no more idea than I did.


Once in the mall, which is huge, there still didn’t seem to be any signs for an exit, so I went to the inquiry desk, stated where I wanted to go and asked which was the best exit. Having been given what seemed like simple instructions I strode out in the direction given only to end up, well nowhere. Still no exits, and time was running against me as I had now lost all idea as to where I was in relation to my destination. I asked another person who gave me a similar simple route out, only to find myself then back where I started. So I nabbed a passing security guard, gave him the story again and he did indeed direct me to the exit, but it must have been getting to half a mile from that position.

At last the exit hove into view. By now time was running out and I had left my phone in the car so I could not call the opticians to let them know of my predicament. Once out of the exit I discovered I was in the main shopping road and a mile from my destination; it transpired later there are no exits at the other end, only the car park entrance - and that has no pedestrian exit.

Nothing else for it but to right turn up to the junction then right again back to the original roundabout, all this with sciatica setting in on a stinking hot day. I followed the small parallel road until I got to my starting point, the car park entrance, and then went on along a wide grass verge by the old Roman wall. 8½ again: all was going well until the path ran out and I had then to cross a dual carriageway. What next? I asked myself. Fortunately the road has traffic lights and gaps there to cross in safety, which I did and continued to the first roundabout, then on to my destination.

Arriving dripping with sweat and having still no inkling as to the time I went in and presented myself. "Oh dear," said the receptionist. "We had given up on you. I will go and see if they can fit you in." Luckily they did and I sat under the air con the very nice lady put on for me whilst she checked my ears. All done, I made to leave but asked the receptionist having explained my dilemma if there was an entrance nearer than the one I had left by at the mall. She said yes and came down the road with me to direct. "Follow that road and take the next right and it will take you to the entrance." The road I was to follow seemed endless and skirted a small park where a fun fair was being erected for the week end; the music that was emanating from the fair reminded me of the dream circus sequence from Fellini's 8½. On I pressed, on, tired, sweating and with sore toes from the new shoes I had on and the sciatica (though that had numbed to a background nuisance by now.)

The end of the road beckoned: still no entrance but I recognised I was back at the car park entrance. No way in there, cars only, dark and too dangerous to try. There was eventually another entrance but it was so near my original exit that I had almost retraced my steps. In I went, found a way down to the car park and I had remembered the area number where I had parked - but no car! Wrong floor. Down another one; and then I saw that the area numbers are repeated on each floor; found the car, got in, started it and put the air con  on full blast and coldest setting and went home.

The wife's first words were, “That didn’t take long but what’s happened to you? You look knackered.”

"Well no the examination was very quick but the rest….". and all I could hear was her laughter, no bloody sympathy at all; so life can match dreams!

Growing up, our family never owned a car, so I have to ask: when did they start putting air conditioning in the British ones?

I had a long search and like Sackerson could not find anything on when British cars first had air/con, though I imagine it would have first been fitted to luxury cars like RR, the first American car in production form to fit it was a 1953 Chrysler Im perial though early experimental verions of air/con were tried as early as the thirties.

Perhaps, in the handful of times that I rode in a car before age 21 (we never had one of our own), it was never hot enough.