"A.D. 793. This year came dreadful fore-warnings over the land of the Northumbrians, terrifying the people most woefully: these were immense sheets of light rushing through the air, and whirlwinds, and fiery dragons flying across the firmament."
- The Anglo-Saxon Chronicle.
In mythology, there are dragons or wyrms, but also two-legged or legless, poisonous or fiery wyverns, or lindworms. I have seen long ago but cannot now find on the Internet an engraving, possibly sixteenth century, of one of the latter, destroying whole villages with its fiery breath. I wondered then how someone could dare invent something on that scale, so disprovable.
And then on St Valentine's Day 2013 (or 15th February, depending on the time zone you were in at the time), one visited Chelyabinsk.
This time the evidence was direct and undeniable, not merely reconstructed with an artist's imagination. According to James Higham, Russians commonly drive with dashcams because of the risk of fake, compensation-seeking "accidents" like this. And so at last we got the proof, for the world to see.
Down it flew, a long, fiery shape with a snake-like body and no legs, its deafening roar sufficient to blow in windows and doors and knock down walls, the flames of its breath bright enough to cast shadows. Had it not landed in an ice-covered lake, but hit solid ground, the destruction would have been enormous, as it had been a century ago in Tunguska.
Here be dragons. 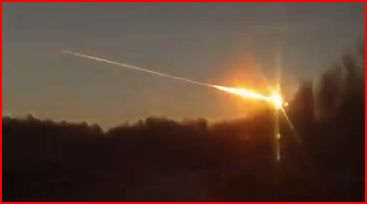 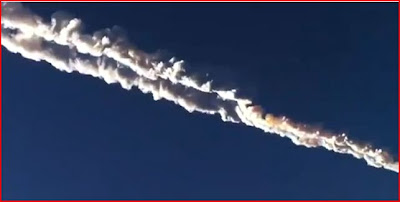 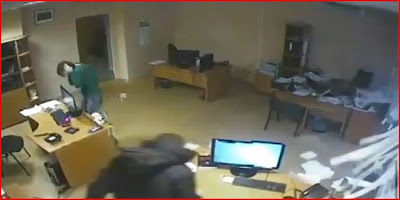 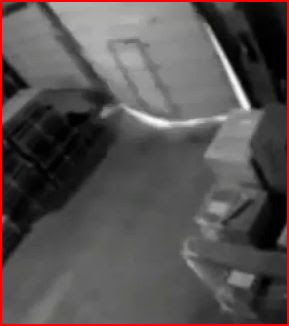 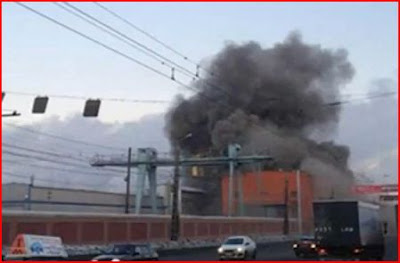 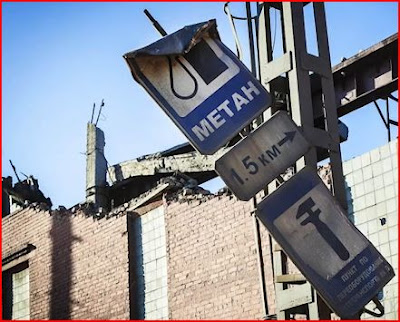 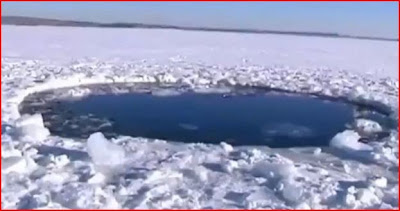 Images taken from this video compilation, and this.
All original material is copyright of its author. Fair use permitted. Contact via comment. Nothing here should be taken as personal advice, financial or otherwise. No liability is accepted for third-party content, whether incorporated in or linked to this blog; or for unintentional error and inaccuracy. The blog author may have, or intend to change, a personal position in any stock or other kind of investment mentioned.