The wand of collusion 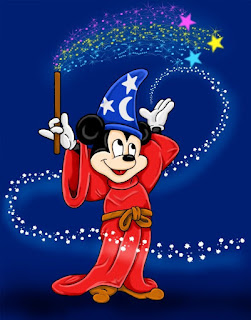 Look at the modern Labour Party and ask yourself:

If each Labour MP had a wand that when waved, would magically create for all their voters reasonably-paid jobs, good housing, well-disciplined and talent-stretching education, and good health practices rather than burgeoning sickness services, with the additional result that the politician was no longer needed...

... which of them would wave that wand?

Isn't it the case that some "reformers" do enough to justify the need for themselves, and not so much as to make themselves redundant?

From what I read of the Fabians, they started out as posh people discussing "doing good" unto the lower classes without the slightest desire to elevate the latter to their own level - in fact they had quite an enthusiasm for eugenics. So really it was about power - themselves as gardeners, weeding and pruning their social inferiors.

And as for people like "Tony" - didn't he do well out of "doing good"? Not just what in the Seventies was called an "ego trip", but money and status. Then there's the serpentine Peter, and the other managerial types, both smooth and rough, who had a d**n good career out of it all - the nearest I ever came to hearing from Roy Hattersley was when his megaphone car toured the constituency to say so long and thanks for all the fish.

Yet on the other side of the Commons, what do we see? Friends of property developers and money-shufflers, gatherers of directorships and inside tips. With honourable exceptions, I suspect that many would wave their wand to vanish the great unwashed and make piles of money appear; or alternatively, to create millions more poor, MD-enriching people, so long as they were kept well away from where the ruling elite live.

I'm beginning to see some points of cross-party resemblance.

I'm not clever enough to imagine what the LibDems might magick. Though looking at the education and careers of the Cleggs one can see what the wand has done for themselves, if not for others.

The masks slipped in the Palace of Westminster when Cameron led the applause for Blair, and when both sides stamped on electoral reform (proposed by the LibDems, but mostly for their own purposes).

Getting out of the EU is just the start.

Love the description of the Fabians.

And yes, Westminster's biggest problem as always is that those who want to be there shouldn't be permitted and those who should be there aren't interested.

The ancient Athenian arrangement of sortition looks like a good idea - just imagine if every postholder had a reaction like John Reid's "Oh f**k, not health.'

Thanks for the compliment.

"...and good health practices rather than burgeoning sickness services..."

P: I know, but people ignore it and keep finding ways to injure themselves and make themselves sick. Some of it I think is a symptom of a society that is failing economically and socially.

... and the political dialogue then becomes one about how much we are spending on the NHS rather than doing.

"Getting out of the EU is just the start." assuming we actually ever get out of the EU, if it happens it will be a triumph for adversity against the overwhelming vested interests.

Liked the view of the political parties, you left out the Greens, a law to themselves regards do as I say not as I do, vision of a nation living in yurts eating gruel and rubbing sticks together to keep warm no firebad just the exercise and all ruled from Brighton !

Would be nice to magic wand Brexit into existence and Gina Miller out.

I disagree that we should be trying to get people healthy if they don't want it. We need to engineer cigarettes so they keep people completely healthy to age 60 or so, then kill them very quickly. Saves healthcare and pensions.

I appreciate the libertarian argument. But there is the complex question of the "captive will" - libertarians hate the notion of addiction because it undercuts their belief in themselves as totally free and rational individuals.

On the one hand there is a limit to what others should do to "nudge" their fellow men into what they consider to be correct behaviour; on the other hand, there's a lot of nudging in the opposite direction - not only huge advertising budgets but (in the case of alcohol in the UK) a vast proliferation of sources and brewers' lobbying to relax licensing laws. This issue could be the subject of a whole series of posts and arguments.

In the UK, one drug currently offering both escape and, in a growing number of cases an early grave, is Black Mamba, a variant of Spice. Makes money for the dealers, too - ticks all the boxes.