Does the Conservative Party defend the Union? Does it want to? 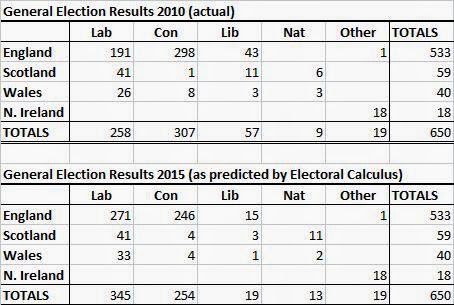 Despite its name, the Conservative and Unionist Party has reasons to permit the breakup of the United Kingdom.

In Scotland and Wales, the Labour Party has a strong and enduring dominance. It would benefit the Tories greatly in Parliament if these became independent countries; and Northern Ireland is an idiosyncratic electoral landscape, an irrelevance as far as the two major Westminster parties are concerned, except in straitened political times when their (and other minority) votes must be courted.

The shifting balance between Labour and Conservative means that minor parties can wield disproportionate influence. Leo Abse's 1996 book on Tony Blair reminds us that in the late 1970s a weak Labour government gave nationalists the go-ahead on devolution in exchange for their support; only Abse's "reasoned amendment" led to the requirement for referenda beforehand. This was profound long-term change made for fleeting party political reasons.

None of Northern Ireland's 18 MPs belongs to any of the Big Three, so aside from their ability to lobby they merely serve to raise the bar for an overall majority in the House, from 317 seats to 326. Changing demographics in the Province suggest that, ever so slowly, Northern Ireland is moving to a closer relationship with the South.

Wales and Scotland are effectively Labour fiefdoms (and I suspect that if Scotland does secede, there may be a winnowing of Salmond's currently strong faction in the Scottish Parliament: what's the point of a nationalist who has finally got what he wants? The SNP will have to rebrand itself as a second socialist party). Northern Ireland is drifting away into a different future.

But even in England, the Conservative Party has no guaranteed dominance, and its seats are much more liable to swings than Labour's. In 2010, the 50 constituencies with the biggest winner's vote margin over the runner-up were all Labour. Conversely, in the 50 seats with the narrowest margins, 38 were Conservative, of which 17 are expected to switch to Labour next time and 1 to a minority candidate; 1 is and is expected to remain in Labour hands; and the remaining 11 were Liberal, of which 6 may go to the Tories and 1 to Labour. The Tories have to work far harder, and make more concessions, than the Labour Party. Only a long period of incompetent or tyrannical rule under Labour could propel the Conservatives to victory as in 1979.

Electoral Calculus is predicting a slaughter of the Liberals next year, with a loss of two-thirds of their current seats. If the UK fragments, the English tug-o'-war between Labour and Tory under "first past the post" looks likely to shut out minor parties much as in American politics; and as in the USA, the tussle is on common ground, though here the political territory is more redistributionist than there.

The Tories are doomed. They can remain a party only in name, if at all. They may slow their decay by jettisoning unprofitable (to them) parts of the Kingdom (as the EU keenly desires), but their ultimate future in a ruined economy is in some form of rapprochement with the socialists. Meanwhile their bandit-cronies strip-mine what's left while they can and sock it away abroad. Like Blair, like Clegg, Cameron will be a Lord Jim when the storm-tossed ship of state heads for the rocks.
.

Which Conservative Party? The dwindling real one or the Pink tories kowtowing to Brussels?